Curse of acquiring land; Why such torture? 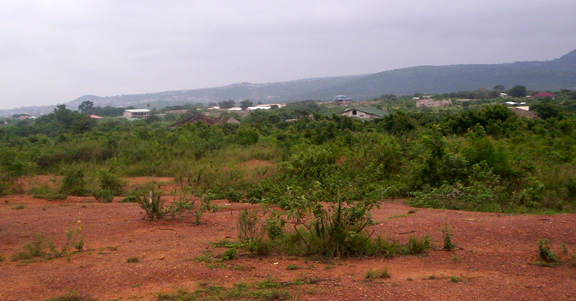 Just out of curiosity I went to one of the weekend sessions of the habitat fair which was jointly organised by JoyFM and Ecobank recently.

I had never been to any of those sessions but somehow the media hype this time gingered me to go and see.

The interesting theme, ‘To buy or to build,’ also made me curious to know what the trend is these days. Were people buying or building? I spoke to three people at the fair to get some views.

A middle-aged man said he preferred to build his designed home and had already approved a design from his architect.

His countenance changed as he began to moan about the process of land acquisition which seemed to be delaying his plans.

For the rest of our conversation, we turned attention from the fair to focus on land acquisition and the complications surrounding it, not to mention the frustrations.

His exasperating experience with acquiring a piece of land with his life-time savings to build a dream house was similar to a 14-year experience I am still struggling with. I did not want to depress him further and so did not share mine.

It started as far back as 2007 when a family selling vast tracts of land to corporate institutions in and around Tema started talking to a group within my organisation.

As a starter, searches were officially done after series of meetings were held with the family elders and some officials from my organisation, including a legal officer.

Documents were later signed between the two parties and based on the numbers that had signed on a stretch was allocated, plotted and handed over for internal allotment.

The processes having gone so clean convinced scores of us to invest and we did. Visits were arranged to the site and, having balloted for portions, we received our indentures and started the journey to legally register the lands. My woes began from then.

Come to think of it; why is it so torturous, almost like a curse, to acquire land as a citizen with a clean mind not to cut corners but to go through the required processes to forestall any future complications?

Despite recent pronouncements in the media by those who matter in the country’s land management system, which made it sound like land acquisition is so easy, the fact on the ground is completely the opposite.

My experience is one that I will not wish for anyone; not even for my worst enemy.

I have been on a 14-year inconceivable journey to acquire land title certificate for a land bought at the same time with more than a score of former colleagues at work. With two inspections made by officials of the Lands Commission, both of which stated that there was no problem, I have also built a wall to protect the land.

I have been making regular follow up visits to the office as well as visiting the site to ensure there is no encroachment while waiting for the certificate. All these notwithstanding, I have come to my wits end with the dead silence on my application, at my wits end because nothing seems to be moving with the 14-year old application which no doubt has gathered dust at the Lands Commission. What is depressing is that former colleagues who also bought parcels of the same undisputed family tract of land have already acquired their titles.

Many others have either completed building or are at various stages of completion.

My many visits to the lands administration offices have ended up in more frustrations, leaving me asking in desperation: Why does the system create so many blocks in the paths of those who genuinely seek the path of righteousness?

Does one have to know a big person within an establishment before getting any nods? I have been trying to find answers and I am drawing blanks.

As far as I am aware, there has not been any dispute or counter claim to my piece of land. So I am at a loss as to why I am not getting my land registration completed all this while. A question of bureaucracy?

I have not rested. I keep following up. I go to the office in person. I call almost every other week. Am I doing the right thing with my importunity or am I being an irritant checking up on a legitimate cause?

I keep getting no response. A push back, if I may say, and that makes me wonder if, as a citizen, acquiring land in our beautiful Ghana is a curse.

A stranger I met not long ago thinks it is, though.