Beautiful law, sadly only on paper 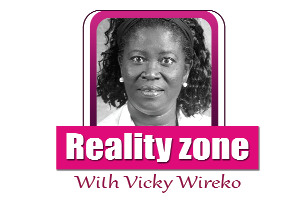 I am still busy learning every day, attracted especially to issues on religion, health, the law, family and society, so when a few months ago my lawyer daughter-in-law told me about a law that exempts citizens 70 and above from paying property rates, I got excited to know more.

My immediate reaction was how good it was for the framers of the Local Government Act to consider senior citizens whose contribution to the district since their active working life has left the assemblies standing; but more interesting for me was the fact that I was inching to that age and was one day also going to enjoy the fruits of my contributions.

My excitement was paralysed temporarily. Shock and dismay set in when I got to discover that the beautiful Local Government Act, 2016 (Act 936) and subsequent sections of it which give back to senior citizens at age 70 was pretty only on paper.

Act 936 exempts persons 70 years and above from paying a “basic rate”. Explaining further, Section 234 defines “basic rate” as an amount imposed by the District Assembly payable by a person of or above 18 years and below 70 years who resides within a district”.

Further on, Act 462 Section 99 (Exemption from and remission of rates) states that “people aged 70+ are exempt from all rates inclusive of property rates”.

However, my fact finding from three sub-metros within the Accra Metropolitan Assembly (AMA) drew blank. The obvious indirect reaction was like, “exempt from property rates? You must be joking. Just show us and we will show you what the law says”.

I was stunned by answers and reactions, spoken and body language wise, from the three Assemblies I turned to for confirmation.

While two of them, including my own district, were very much aware of the Local Government Act 936 of 2016, the officers I spoke with in both cases refused to acknowledge that people 70 plus are exempted from paying property rates.

Speaking with much confidence as employees knowledgeable about their jobs, they pointed out to me that the Act referred only to “basic rates”.

While one argued that they have had many people coming in with the same “interpretation” of the Act, she asked rhetorically: “In this district if we apply such an exemption, where are we going to derive almost 50 per cent of our revenue from?”

One officer quickly switched on her laptop and scrolled through to show me specific sections on what the Act says.

She then gave me her whatsapp number to forward to her whatever information I have to support the claim of exemption and she would take up further discussions with her management team at their next management meeting.

Meanwhile, at one extreme end of the city, another district seemed to me they were aware of the exemption clause.

They have added their own demands and explanations though.

They said that any person in their district who falls within the range must prove that they are completely retired.

They must show that their only income is their pension and have no support from their children or other family members.

I walked away from my fact findings on this particular Local Government Act confused and disappointed because of the way the officers using it were interpreting it differently. There does not seem to be any coherence in the interpretation of a law they are working with.

So why not an exemption law? We live in districts where property owners struggle to fix every basic amenity that residents rather should be enjoying from the local government as pertains in other jurisdictions.

With the exception of those who purchase their properties from established developers and, therefore, get their roads, drains and sometimes streetlights as part of their packages, people buying lands to build their homes cover their own access roads, drains, streetlights and arrange their own garbage collection.

We have makeshift structures sited all over our communities, marring the beauty of those areas. Encroachers have taken up open spaces, rubbish is all over and newly constructed pedestrian walkways in some communities have been taken over by second-hand tyre dealers.

Assorted drinks and water sellers, secondhand toy sellers and others see the walkways as created for them to sell their wares.

Regrettably, these assemblies are in the same communities seeing no evil, hearing no evil and saying no evil. What are our property rates doing for us?

A Local Government Act on exemptions is laudable. It could be interpreted as a sign of recognition of support for old time sake.

It is startling how as a country we are heavy laden with a plethora of beautiful laws but unfortunately countless of those laws seem dormant. They exist only on paper.

Maybe it is time to test some such laws in court for real interpretation instead of the varied meanings read into it by various assemblies. It is time to delve deep into our rights.