You can postpone anything but not Valentine’s Day! 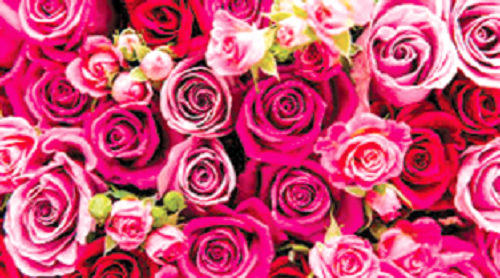 A bunch of red and pink roses for Valentine's Day
30.5k Shares

Signs that I was catching a cold started on the Tuesday before Saturday, February 14, 2020 Valentine’s-Day. By Friday I was knocked out despite the medication I had started.

Plans of going to Kumasi that weekend for a funeral got scuttled with the cancellation of my flight. Come Saturday, my bed became my Valentine.

Despite my experience of Valentine’s Day in 1999, having fallen suddenly ill in 2020, I told myself I would make up with a special treat for my “Manager” as soon as I got well.

What happened on Valentine-Day 1999? As the Commanding Officer of the Ghana Military Academy, I left home early that morning as I always did.

My day in the field was tiring. Therefore, when I got home in the evening expecting ‘Manager’s’ smiling welcome, I was struck by the rather cold reception.

When I asked what was wrong, the answer was a terse “nothing”, which immediately confirmed there was something wrong.

My mind went into overdrive searching for what I could have done wrong again, as everything was fine when I left home that morning. Those were not the days of mobile phones which allowed calling home anytime.

Eventually after some persuasion, the answer came out… ”you did not give me a card or wish me a happy Valentine’s Day this morning!”

I apologised profusely for my dereliction of duty and promised on my honour to be of good behaviour with immediate effect!

When I told my officers the following morning at Coffee Break about my ordeal the previous evening at home for my not living up to Valentine protocols, they had a field day laughing at me.

At the end of the coffee break, a ‘communique’ was issued by my officers that, never again will they allow such a calamity to befall their Commanding Officer.

The communique was a simple one. Monthly reminders for me would take place regularly. From January 1, the following year I would be given weekly reminders.

Then from February 1, I would be given daily reminders. A week before Valentine Day, a card would be brought to me to inscribe the appropriate words of love.

On Valentine minus One Day, that is, February 13, I would be officially reminded at Coffee Break about my impending task the following morning. The card would then be safely stowed in my bag. Finally, my driver was to ask me before leaving home on Valentine’s Day if mission had been accomplished.

With this well-rehearsed procedure, things worked with military precision. There was joy in my house when I delivered the card and wished “Manager” a happy Valentine’s Day.

My previous iniquity a year earlier was atoned for and I was forgiven. So what happened in 2020?

The saying goes, “man proposes, and God disposes!” A bad flu the week of Valentine sentenced me to bed on Valentine’s Day.

This I thought would easily be understood as a force majeure. Two days after Valentine, a brand new red towel was brought me in the bathroom to replace a blue one.

Innocently, I asked if that was my Valentine towel. The answer “which Valentine?” told me immediately that, I had thoughtlessly stirred the hornet’s nest.

I was wrong in assuming that my confinement to bed on Valentine’s Day was enough excuse not to have produced a Valentine card.

Retreating immediately, I reassuringly said “don’t worry. Valentine has only been postponed to be celebrated when I get well.”

Then came the policy statement! “You can postpone anything, but not Valentine’s Day!”

I instantly remembered the old saying “silence is golden” and quickly activated it, realising that, that was a dangerous time to indulge in logic.

For us who spent seven years of our secondary education in boys schools, Valentine’s Day was virtually unknown.

Indeed, until we married women and got to know of Valentine’s Day, it was not part of us.

However, extreme marketing hype has projected Valentine’s Day to unprecedented heights. In Ghana, it has been additionally named Chocolate-Day to promote the awareness that we must eat chocolate from our cocoa.

Incidentally, on February 12, 2021, a 95-year-old cocoa farmer said on TV that he had heard of chocolate but had never seen/eaten one!

For anyone tempted to take Valentine’s Day lightly and plead illness on February 14, remember the policy statement “you can postpone anything, but not Valentine’s Day!”