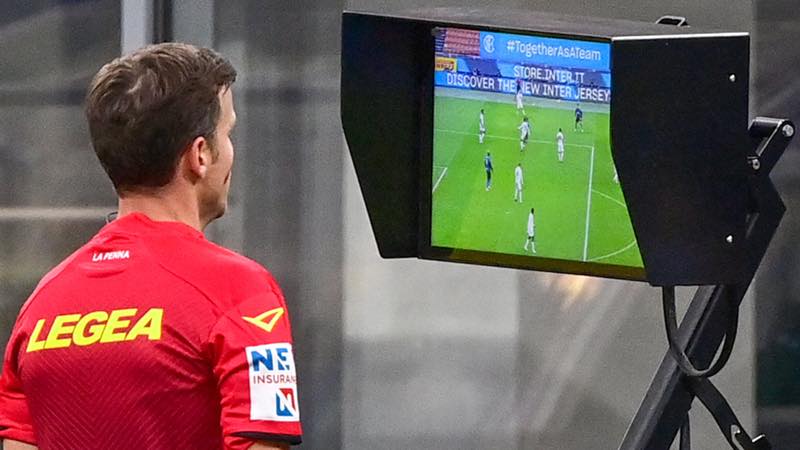 The World Cup is not World War. But it is. Otherwise why has it engulfed the whole world, including all countries not represented in Qatar?

Even for those countries, the most heart breaking news, has not been the early upset of the big nations; but a world cup without alcohol restrictions. Qatar was smart not to have leaked the rule ahead of the Games; they waited till the country was overflowing with soccer fans from around the world, then dropped the bombshell.

If the news had leaked earlier, all the world cup matches would have been patronized largely by Arabian wild life and agama lizards.

But the entire enterprise is simply not about who wins the World Cup, or who goes home first. If that was news, the host country would have been the first to go home without traveling.

Who has time to wait till the overall winner is declared mid December? For Saudi Arabia, playing against Argentina was their world cup; beating them gives the Saudis a world cup trophy. That is why the oil rich country exploded with joy that day, and a holiday was declared the day after. Don’t worry if Saudi Arabia lost the second match to Poland. If you ask Saudi to go home, they go with a world cup in their armpit, having conquered Messi. Never mind if later the Lord had ‘Messi’ on Argentina, enabling them to beat Mexico, and pushing Argentina closer to the play-offs.

In 2006 world cup in Germany, Trinidad and Tobago lost 0-1 to Paraguay, drew with Sweden, and lost 2-0 to England. The small island participating in FIFA World Cup for the first time, was plunged in wild jubilation across the country. The next working day was declared a national holiday. That was a huge victory for the island of less than 2 million people; Trinidad did not concede more than two goals to their former colonial master, England, which also invented soccer. In sense then Trinidad had won!

I visited Trinidad & Tobago a few months after the Games for a conference. Dwight Yorke, captain of the Trinidad team who had played for Man U and Aston Villa, was the national hero. His huge portrait welcomed you at the airport, and had been displayed on giant bill boards across the Island. The huge sports stadium in Scarborough had been named the Dwight Yorke Stadium. He had won a ‘world cup’ for T & T, by losing to England by a respectable margin.

So then, recently, why was Ghana crying maa maa maa maa, after our battle with Portugal? A few tears would be fine, but certainly not maa maa maa; for as we have all learned: ‘Soccer mpe dede.’ Here is Ghana, the lowest ranked team at the tournament, causing a major disruption, matching Ronaldo boot for boot, and avoiding humiliation by highly rated Portugal. Ghana was a downtrodden national team that rose to the occasion and beat Switzerland 2-0 in a friendly, and got a shamed global press suppressing that breaking news in the world media. Don’t tell anybody, they said.

Thank God, two of our shots flew past the Portugal goalie, Diogo Costa. While we await the outcome of our official protest to FIFA, let’s not allow the issue to disturb critical battles ahead.

But before our next encounters, let me make a profound observation that disturbs me.

Our players are one of the few who, in full glare of global cameras, do not seem enthused about our national anthem. They have either not been prepared by GFA, or have not been sufficiently acculturated into our fold. While other nationals sing their anthems with pride and passion, our soccer players, from (Stars to Meteors, and others), only mumble the anthem and even demonstrate unfamiliarity on camera. The anthem then becomes a meaningless thing similar to ‘One man went to mow, went to mow Amadu,’ rattled in primary school to please the teacher. Please GFA simply teach our stars the lyrics of our national anthem, and teach them to sing with passion. If the words are out of date, the Jubilee House should begin a process of making the words more relevant to contemporary Ghana.

Passion for one’s country makes a big difference in a world of competing loyalties; but so is this little novelty called VAR (Video Assistant Referee), which is disturbing the flavor of world soccer and testing our commitment. VAR has now become a deity in tournaments, to which the soccer world bows in praise and worship. It is a video recorder, which has now taken over the work of the trained human referee. Where in doubt, the referee consults his remote assistant, a video, and returns with a final verdict. The world is now so obsessed with this deity, that we have almost forgotten the flavor of tournaments without VAR, where the final verdict lies in the judgment of a human referee and his human assistants.

Where in doubt, the referee consults his remote assistant, the video, and submits to its final word! Where in no doubt the referee’s verdict holds. VAR then is a kind of lie detector, and could chastise referees for rushed decisions, and praise them for good verdicts.

With this in mind, let’s then authorize the VAR to review all past FIFA World Cups, and correct all wrongs perpetrated. This could produce chaotic outcomes, but still help to set the records straight. The new order, would perhaps deprive France of World Cup 2018, Germany of World Cup 2014; and Spain of 2010 World.

Those results would all be withdrawn with retroactive effect. And one could perhaps restore Asamoah Gyan to world glory, and after ten long years give Ghana the Suarez-stolen medal of 2010, where a goal should have been declared instead of penalty.

With these new developments and reversals, most world champions would then consider the new toy, as Video Assisted Suicide.

These new developments with VAR, on the other hand, make one wonder: is our beloved soccer not losing its flow, and beauty, to technology? Are we not losing the player-spectator intimacy that drives the game? Consider the spontaneous jubilation that echoes around the world when a single goal is scored in Qatar, the yells, euphoria, excitement; the commentator’s gooooaaaal! Oluwaaaaaaa, turning a winning country inside out, only to be told a minute later, it was an April fooool.

The little deity called VAR says, the whole thing was a prank, a small joke.

Before this VAR, there was nothing wrong with a qualified referee of high integrity. He had a high level of confidence and knew the ground situation well enough, along with two assistants. Being on the ground, they could distinguish falsehood from reality.

Take one example. Our world famous Neymar Jr. of Brazil was recently cited as the ‘most fouled player in the world’ for being constantly targeted for rough tackling. But human referees also knew the other side of the story, and would perhaps describe Neymar as, ‘the most notorious trickster in world soccer.’

Whether playing for Barcelona, or Brazil, Neymar was the most vulnerable player and often won referee sympathies. After a heavy fall in the penalty box, he would embellish this with endless roll overs, screaming and reeling in pain. Neymar would thereby attract a spot kick or penalty, for a goaaaaal!!!.

This went on and on until one day, Neymar met his ‘meeter’ in Brazil 2014 World Cup. When he rolled over and over in a penalty box, his fans cheered along, expecting a penalty. The brilliant referee jogged confidently to the penalty box, dipped his hand into his pocket, and pointed a yellow card at the victim, Neymar, himself. Our global super star had been arrested for false pretenses. It did not need a VAR. The 120 thousand seater stadium in Rio De Janeiro was quiet, no protests. They knew the ground realities more than the VAR.

In the good old days in Ogyakrom, the VAR was the moral majority, who watched every step of the referee, and knew which referee was honest, and who had collected a cocoyam gift the night before. The referee himself knew the truth and played it safe. When the game was close to the end, he would move in the direction of the gate, after making a very controversial call.

When nobody was watching, Mr Referee would simply blow the whistle for the end of the game, and take to his heels!
Ogyakromian soccer lovers needed no VAR, to chase biased referees.