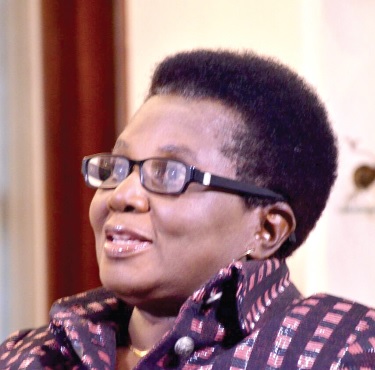 The whole point of Anas in our lives and I mean, in public life, is to have someone to keep us honest.

We start from the premise that those in public office will steal if they are not being watched and the money they steal belongs to all of us and it is money that would otherwise have been used for public good. Therefore, the Anas idea as a tool for ensuring integrity in public life is that people will refrain from taking or demanding bribes or extortion because the person being asked or paying the bribe might be Anas and you would be exposed.

I have two problems with this theory. I do not think you can successfully separate private stealing from public theft. Those who steal private sector money, invariably steal when they have a chance to get near public sector money. The private sector is said to constitute more than 85 per cent of our economy.

So while Anas has been in the news and we await the answers to the questions raised by his latest foray into the headlines, my sister had an experience that makes me feel this business of trying to go to such elaborate lengths to catch ministers and other public officials is misplaced and a waste of time and resources.

Imagine the amount of money and other resources it must have taken to get a minister into a hotel room in the Emirates. Somebody must have paid for airfares, hotel rooms, disguises and hours of waiting and trying to lure an unsuspecting minister into a room.


Just think of the logistics involved in getting some young men who in their everyday lives are struggling, aspiring journalists to sound like millionaire sheikhs. I wonder if there is some place you can hire sheikh uniforms!

I am suggesting that we don’t need to go to such elaborate lengths to catch people who make life difficult for all of us.

So, here is my sister’s story.

I need to state first of all that my sister is a bargain hunter and is constantly on the lookout for bargains and doesn’t wait for hard times to go to special markets.
She is the only person I know who asked for a reduction in the price placed on something she wanted to buy at Harrods. And the shop did give her the reduction, I think simply because they were so shocked at her nerve or the sheer novelty of someone trying to beat down a price in their fancy shop.

Last Friday my sister saw an advert in the newspaper where a popular supermarket was featuring what they called their Black Friday promotions. What caught her attention was the offer of an extra bottle to be added to every five bottles of mini beers that you buy. Six for the price of five.

Now my sister does not even drink alcohol, but she has a sister who insists on cold beer every time she comes visiting, so she tries to keep beer in her house and, therefore, went to the shop to stock up on some beers.

She took two cartons of the mini beers and went to pay, expecting to get an extra eight bottles added or be charged less the price of eight bottles. There was a young lady shop assistant who had hovered around her throughout as she picked things and put in the trolley.

The young lady ran up her items on the till, took the payment and gave her the receipt. No sign of the advertised beer promotion.

My sister tried to raise a query and got no joy. But she is persistent, this sister of mine, so after the young man at the entrance to the shop examined her receipt against the items she had purchased, she asked to see the manager.

“Is anything the matter?” the young man who was checking the receipts asked.

No, she just wanted to see the manager and after a while, they knew they were dealing with someone who doesn’t give up easily. The manager was called and he appeared and took a look in her trolley.

My sister thought she was going to have to make an elaborate case, but it soon became clear the manager knew what the problem was without it being mentioned.

And surprise, surprise, the young lady who had served my sister at the till suddenly appeared, took a look, ran back to the till and returned with a pack of nine bottles of mini beer, neatly packed, which she placed in my sister’s trolley.

No word was uttered, no question was asked, no explanation was offered, the package was simply placed in the trolley and the young lady disappeared as rapidly as she had appeared. The manager tried not to look embarrassed and walked away.

My sister walked out of the shop, knowing she had won a small victory but not quite sure she knew exactly what had happened.

There wasn’t a lot of money involved in this transaction, there were no dollar bundles and there were no fake sheikhs. There were certainly no ministers or public officials involved in whatever drama that was played out in that shop last Sunday.

Do we need Anas in every shop to make sure that the assistants are not stealing? Or are we and should we be interested only in how public officials behave?
Think of the number of small businesses that collapse every day because the workers conspire to steal from their workplaces. It does not require a lot of setting up to catch the thieves if we were offended by the petty stealing, or maybe if we stopped referring to any type of thieving as petty.

We would certainly not need someone to resort to elaborate disguises to “discover” the open stealing that goes on all around us. If only people will speak up and insist on their eight bottles of mini beer. Anas without any disguise, in other words, we the individual citizens of this country are best placed to police our society and enforce what we deem to be our values.