We shall shout more Madam Minister 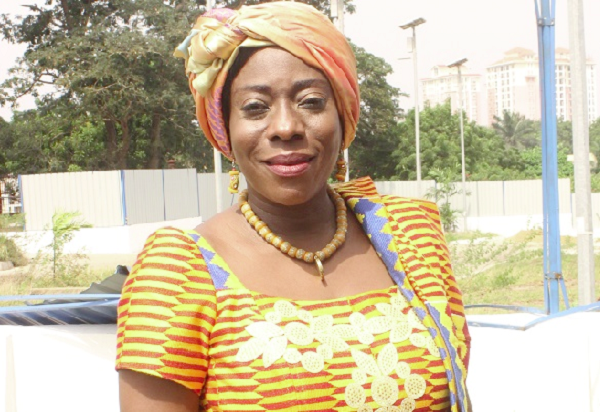 The Minister for Tourism, Arts & Culture, Madam Catherine Afeku, was in the news last week, making more promises, acting all zealous about the sector and calling out some entertainment journalists.

Back from one of her numerous trips outside Ghana, the Minister made some efforts to shrug off the incessant criticisms of her oversight of the sector and was the Multimedia Group’s platforms where she attempted to address some of the issues that have come up.

In her bid to convince stakeholders of the sector and Ghanaians in general on the Ministry’s achievements in the last year, she told entertainment journalists to shout, shout more to get the attention of whoever is in charge, and according to her - that is how we would be heard.

Well, Madam, thank you for the directive and be assured that we are going to shout more, but first, we shall start the shouting on how unimpressive you were with the interviews you granted and how you exposed your ignorance, the contradictions and the lackadaisical attitude you exhibit towards the creative arts sector.

On Joy FM, the Minister, answering a question on the Creative Arts Council stated that the Council is a Committee, an interim one and its mandate is singular. She stated that the mandate of the so-called Committee is to do research, data-gathering and fact-finding.

She also said that the team would select veterans in the industry to form a five-member governing board, which would guide the activities of the Council.

Clearly, Madam Afeku has no grip on the happenings at the Council and has lost track of the exact mandate and purpose of the Council, no, the Committee.

Let’s even assume that the role of this so-called Committee is research, fact-finding and data collation. That is misplaced, considering the fact that, the same Minister has mandated an individual, one Richard Boateng, whose track record of data collection and collation we do not know, to do this job. At the same time, she has ‘approved’ the appropriate unit, National Commission on Culture to undertake the same exercise.

Sarkodie is the only monetised artiste in Ghana?

Still on the Joy FM interview, the Minister, in an attempt to elucidate the achievements chalked thus far in the creative sector, gloated that Sarkodie is the only artiste who monetises his work in Ghana. This statement is laughable but also an indictment on the music industry. It also depicts the Minister as very clueless about the music business and structuring of the industry.

Monetising one’s work simply means the ability to generate money with the music and according to the Minister, Sarkodie is the only artiste in Ghana making money off his works? How possible?
By monetising music works, the artiste can sell the music – digitally, physically and in every format one can think of and invent. He/she can sell other related items of the brand and creativity such as merchandise as well as playing concerts and engaging in brand endorsements. One for you, Madam!

The Minister also attempted to give some insight into the film industry, especially the Kumasi-based industry called Kumawood and once again, it was uninspiring.

A caller wanted to find out what the Ministry was doing to help improve the standards of filmmaking in Kumawood and Madam Afeku’s response was that, the ‘low’ standard is an industry problem, there’s no studio and the Ministry is building blocks and creating a policy to tackle it.

There’s no policy? No provision to help deal with the problems of the film industry? Madam!

There’s actually a law, the Film Act 935, which has almost all the answers to the problems of the industry, yet the Minister is pontificating on radio about the non-existence of a policy to help improve Kumawood and the film industry in Ghana.

The Act 935 requires the establishment of critical elements such as the National Film Authority, a Film Development Fund, Classification of Films, Distribution and Marketing of Films and the National Film Board which is expected to institutionalise and enforce the culture of quality, priority and decency in the distribution, sale and exhibition of films and videos in the country.

Another one for you, Madam!

Capacity building as an achievement?

Yes, we are still reviewing the Minister’s interview on Joy FM and shouting her articulation on most of the matters she addressed. Oh, we shall shout, Madam, we shall shout more!

Let’ shout on the one of the things the Minister enlisted as an achievement in the creative arts sector; the organisation of master class capacity building seminars for stakeholders within the sector.

How the organisation of seminars become an achievement beats my imagination and that of many and when or how these so-called master class capacity building training were organised remain a mystery.

Master class capacity building seminars were organised for people in the creative sector? Where? When? Who attended? What benefits were derived? How did it affect the industry?

It is disheartening how the Minister tries to play on the intelligence of persons within the creative sector, considering how she makes proclamations without facts and evidence.

Scrutiny & criticism of ministry have no basis?

Away from Joy FM, the Minister granted another interview to Joy News and stated that, she’s been at post for a year, but we are now putting her Ministry under scrutiny and making inquisitions.

What is even more appalling is the statement that, some of us are questioning her competence because we feel slighted over our inability to ask questions at the media encounter with President Akufo-Addo some weeks ago. Unbelievable!

How does my inability to ask the President a question connect to the Minister’s lack of knowledge on the monetisation of music, or how confused the Ministry looks in the handling of data collection and collation for the industry or the slapdash manner with which the Creative Arts Council is being handled.