Every employer is expected to pay pension contributions for his/her employees to fund retirement benefits and other contingencies that may befall the latter in a pension system.

In most pension systems, these contributions are paid by both the employer and the employee, especially in mandatory schemes, whether the scheme is a defined contribution or a defined benefit scheme.

However, this shared responsibility is not compulsory, especially on the employer, when it comes to the payment of contributions into a voluntary scheme.

Under the contributory 3-Tier Pension Scheme, both the employer and the employee are required to contribute 13 per cent and 5.5 per cent respectively of the employee’s basic salary, making 18.5 per cent.

Of these contributions, 13.5 per cent is remitted to the mandatory 1st-Tier Basic National Social Security Scheme and five per cent to the 2nd-Tier Occupational Pension Scheme.

However, under the 3rd-Tier Voluntary Provident Fund Scheme, the employer is not obligated to contribute. This is a voluntary scheme designed with tax incentives to provide additional opportunity for workers to save more to enhance their retirement income.

Vesting schedule in pensions is a period where an employee can have access or right to the contributions made on his behalf by the employer. Whether the contributions vest immediately or not depends on the type of scheme. 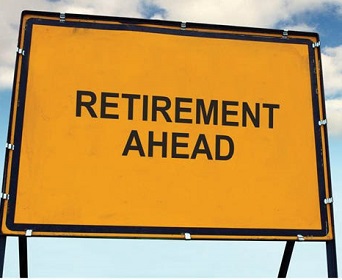 Voluntary schemes under the act are required to have vesting rules as part of the rules and regulations that define when an employee can access the employer’s part of the contributions. The vesting schedule can be a graduated or one-off schedule.

Some may also have a vesting schedule of 100 per cent access after five years of working with the company.

This means that if the worker leaves the company voluntarily before three years or five years, he or she will not be entitled to the employer’s part of the contributions.

The employee will only have access to his or her part of the contributions. If he leaves after three years, he will be entitled to 50 per cent or 100 per cent after five years of working with the company. Whatever schedule in the scheme rules must be agreed upon between the employer and the employees.

• In the event of liquidation . The contributions that have been accrued in the scheme will vest in the employee, including that of the employer.

• On the death of a worker before the expiry of the vesting period. The entire accrued benefit, including the employer’s contribution, vests in the worker and, therefore, will be given to the worker’s nominated beneficiaries whether the deceased employee has met the vesting period or not.

As workers, it is important that we read and understand some of these rules so that we are not taken aback by certain pension decisions.

Some people leave employment and get muddled and worried when they are told that they are only entitled to their portion of the contribution because they have not met the vesting period. They do not even know that such a condition exists in the scheme’s rules.

We must, as workers, be familiar with all rules and regulations governing pension schemes.

The writer is Assistant Manager, National Pensions Regulatory Authority. E-mail: This email address is being protected from spambots. You need JavaScript enabled to view it.