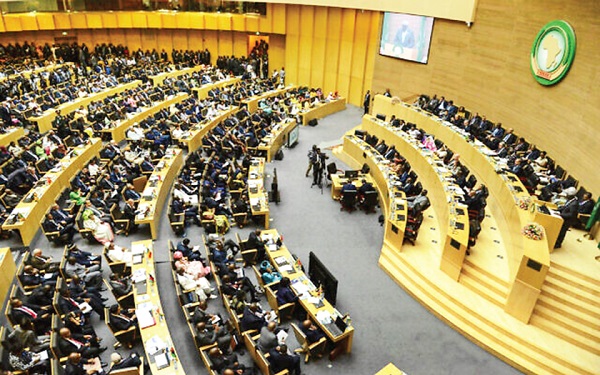 The recent global economic challenges attributed to the COVID-19 pandemic and disruptions in supply and procurement as a result of the Russian-Ukraine war and the accompanying geopolitical issues have rekindled the debate on the economic integration of African countries.

Notwithstanding the global effects of the conflict such as challenges in grain and fertiliser shipments, African countries with their fragile economies seem to be hard hit. According to the African Union Commissioner for Agriculture, Ms Josefa Sacko, Russia and Ukraine are major players in the export of wheat and sunflower to Africa.

The surge in oil and gas prices is another challenge. The fluctuations in global oil and gas prices have led to an astronomical increase in transport fares leading to a high cost of living, increased inflation, and instability of most African currencies. According to the 2022 African Economic Outlook report released by the African Development Bank, Africa’s Gross Domestic Product (GDP) is affected by the lingering effects of the COVID-19 pandemic, and Russia’s invasion of Ukraine.

In West Africa, Ghana is struggling under the weight of weak economic policies, mismanagement and huge debt. For the citizens of Ghana, the uncertainties of the new year in terms of the value of the Ghanaian Cedi and its impact on their businesses and jobs is a headache. Sahelian countries such as Mali, Niger, Burkina Faso and Mauritania are vulnerable to these external shocks. The ripple effect is the rise in violent conflicts in these regions.

In a 2004 finance and development document by Paul Masson and Catherine Pattillo, two main reasons account for the African monetary union. The first reason is the Euro’s successful launch, which they claim has stimulated the regional quest for common currencies.

Secondly, they stated the desire of African countries to counteract the perceived economic and political weakness. While these may be the remote perceptions of most people, the demand for a monetary union, a single currency and even African integration cannot merely be because of these reasons.

The need for African countries to restructure their economies and insulate them against external shocks, and the need to have a relatively stable continental currency capable of withstanding the dynamics of international trade are necessary motivations for an African monetary union and integration.

The idea behind creating a single African currency dates back to the nineties. Unfortunately, while there has been a unanimous agreement on its relevance and need, little to nothing has been achieved. Experts attribute the failure to severe fiscal problems, the lack of credibility of African central banks and financial institutions, and the quest to link monetary unions to regional integration. The major challenge, however, has been the lack of political will on the part of African governments. In the year 2003, fifty-three member states of the African Union renewed the call for a single African currency.

The plan was to create monetary unions in some existing regional communities, which will serve as an intermediary toward creating a single African central bank and currency. Looking at the differences in currency and variations in value among others, the plan is broad and lacks focus not to mention the economic and political consequences that it is likely to have on the individual member African countries. It is thus not surprising that the basis of the project, to create monetary unions within existing sub-regional communities like the eco for West Africa has not seen the light of day.

The need for a common African currency cannot be overemphasised. It however requires a concerted effort, commitment and decisive action by African governments to achieve. African countries cannot continue blaming external shocks for their economic challenges. The global future is not dependent on aid from the West, as most African countries have relied on that for years. The forward match for Africa requires a joint commitment toward creating a monetary union of Africa even if not an immediate political integration.

The Writer is a Marketing & Communication consultant
E-mail:This email address is being protected from spambots. You need JavaScript enabled to view it.