The Politics of values — Ahead of the NPPs National Delegates Conference 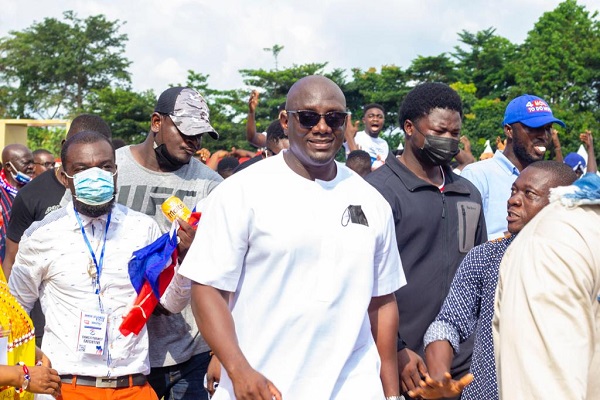 Democracy is not just a set of institutions but also a set of values. The institutions are, minimally speaking, free and fair elections, an elected Parliament containing an executive and an opposition to hold it accountable, an independent judiciary, a nonpartisan bureaucracy, a free media, and security of existence for all citizens.

Democratic values include the ability to accommodate a diverse range of viewpoints that requires civility of conduct, a commitment to egalitarian ideals, the idea of universal citizenship — encompassing rights but also duties, allowing all sections of the populace to be heard despite the louder voice of the majority, and, a general commitment to the common good over individual desires.

Elections are thus a key indicator of the health of a democracy and are a complicated mechanism involving ratios of population size to the number of representatives, calendars, machines and processes.

Elections are however short term contests, but the political project of democracy is a long game; building a democratic policy requires the meticulous building of robust institutions while also cultivating the values associated with it. These values are not esoteric or artificial and many already exist in society such as basic decency in speech, learning to live with the opposition, cooperating with everyone in common purpose, playing by the rules even when they are personally inconvenient, and so on — because they are essential to live with others. But they are not the easiest values to adopt because they take discipline and self-cultivation, and the work of creating a democracy is to identify and cultivate them and make them essential to the business of politics and social life.

No country or citizen is born democratic, they are made so. These values and institutions also need protection because they are vulnerable — they take years to grow but can be uprooted in days.

Witness in the coming days, in the historic Garden city; Kumasi(Ashanti Region), at our National Delegates Congress, as the NPP demonstrates how wholesomely we commit to our part in the exercise of our democratic principles in unity.

To my patriots, whatever is beautiful. Whatever is meaningful. Whatever brings you happiness. May it be yours this holiday season and throughout the coming year.

To my constituents, here is to a joyful present and a well-remembered past! I raise a glass to you this festive period and extend best wishes for the season.

To Ghana, our hopes, our dreams, our vision of a prosperous Country; it’s possible together!