BY: Albright A. Banibensu
Category: Opinion 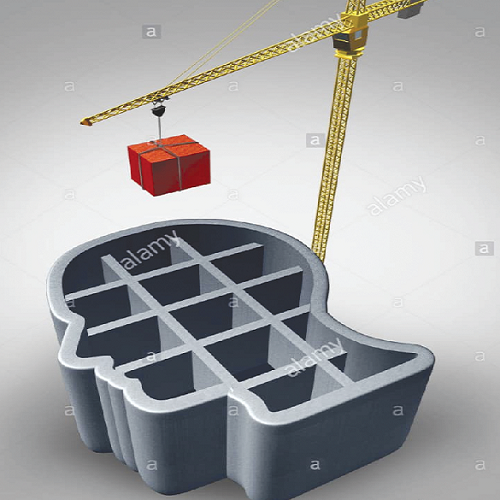 I have often said that the head carries the rest, and that is rightly so, because without good mental health, a nation stands on wobbly feet.

Sadly, most are unaware of the underlying mental health issues that affect their ability to connect well with others and the environment.

Many ills of society could drastically reduce if more psychologists are engaged in schools, communities, industries, departments and in primary and tertiary health care.

Robberies, arsons, kidnappings, road accidents, corruption and hospitalisations have psychological underpinnings. These could be reduced by psychological interventions. If so, then why does the nation not prioritise mental health as it ought to?

One reason for that is that the psychologist’s services are delivered in a confidential manner. They are not advertised.

Therefore, the benefit to the nation goes unnoticed. Moreover, since the services are interventions, they may prevent the full outcome or effect of the behaviour and thus make people think that there was no problem after all.

Psychologists/Counsellors almost on daily basis treat people and prevent such occurrences. However, the treatment gap is 98 per cent, meaning that only two per cent of people receive such services.

Worse, it takes about seven years to train professional Counselling Psychologists and Clinical Psychologists, and the financial obligation is high.

In fact, per the law (Act 857, 2013), one can only hold himself or herself up as a psychologist after attaining a Master’s level degree from an accredited institution.

Unfortunately, Psychologists/Counsellors on their one-year internship are not given allowances, as is the case with their colleagues in other fields who go on National Service or do housemanship.

This cannot motivate more people to train in the relevant profession for national development.

If the nation is truly concerned about the mental health of her citizens, then we need to scrap the law incriminating attempted suicide.

We have to replace it with laws that encourage people to seek psychological care with full national insurance cover.

The law, as it is, is structured to punish a survivor of suicide, in effect saying that once you want to do it, do it very well to succeed.

If we see the person's survival as a gain to the nation, then what we need to do for such a person is to offer psychological care to help resolve the concerns.

As a nation, we also seem to focus more on severe mental disorders to the "neglect" of the mild yet progressive ones.

Mild to moderate psychological disorders form the chunk of the mental health burden of Ghana, accounting for more than 2,000,000 cases.

That makes psychology even more relevant and its services more urgent! That is because many people will not show signs that will warrant any referral to a psychiatric hospital.

However, since psychological disorders are progressive (get worse with time, without intervention), such cases can worsen.

What about elections? The Constitution says that a voter must be of sound mind (Act (Amendment) 527, 1996).

That directly implies that a citizen’s soundness is key to electing a president and parliamentarians. Although this provision in the Constitution may be referring to deep-seated psychological conditions such as schizophrenia in which a person might lose touch with reality, it tells how important mental health is.

What about political parties employing the services of psychologists in assessing their presidential and parliamentary aspirants? That will go a long way to practicalise our commitment to mental health and deepen constitutional rule.

This will go a long way to ensure the mental well-being of the nation’s workforce and give credence to the saying that a sound mind lives in a sound body.

The Ministry for Chieftaincy and Religious Affairs and the Ministry of Local Government and Rural Development can also benefit immensely from the rich expertise of social and community psychologists.

As we celebrate this year’s Ghana Psychology Week, may we, individually and collectively, prioritise mental health.

May we give the practice of and research into psychology more prominence. Let us remember that sound minds make a sound nation.