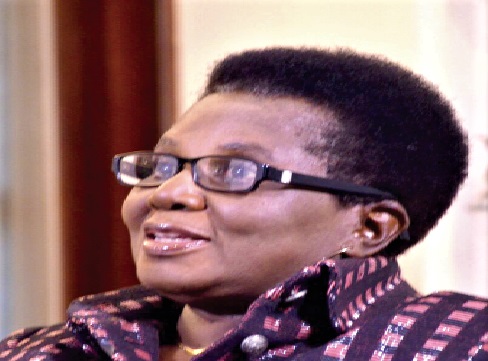 I am fond of quoting what our elders say such as “if you don’t know where you are coming from, you are not likely to know where you are going, or ever get there”. In other words, it is important to have a solid past and be confident in your antecedents and your history to be able to make any headway in life.

I have always accepted this and placed maximum value on history as my guide. Last Sunday, I saw a headline in a foreign Sunday newspaper. It read: HAVING A PAST, BUT NOT A FUTURE, and this has set me off on a tangent. So, I have to state that the title of this week’s column is not exactly original. I am not quite sure what the historians will make of the concept, but that is a different story.

For starters, it is a no-brainer that at almost 78 years, I certainly have a past, but I am not at all sure about how much of a future I have. But we shall come to that in a minute.

Obviously, if your ancestors ruled over great empires and built pyramids, you certainly have a past, and if today you are a poverty-stricken beggar your future is debatable. But maybe, we shall leave that also for another day.

For the moment, I am thinking of the number of buildings and other structures that have to be pulled down every time we need to make new roads or improve on old ones or construct new buildings in towns.

It would seem that some people find it easier to pull down old buildings and don’t spend a lot of time agonising about their past. If a new road has to be built or a new high-rise apartment can be built, who cares if the old house to be pulled down was the first house in which Kwame Nkrumah lived in Accra?

The British, in general, tend to be preservationists and are very hesitant about pulling old things down and would always try to find a good reason why any structure must be preserved. In other words, once they can establish that there is a past, or dare I say, some history to a structure, it must have a future and, therefore, worth preserving.

I remember when the M11 highway was being built in the United Kingdom (UK). After years of hearings and litigation, when the construction finally got under way, there was one old lady who held out to the bitter end, no amount of compensation would make her move. Her little cottage had a past.

I was even persuaded once to join a demonstration against the demolition of a beautiful little church in the middle of London. The original purpose of the building had been abandoned for decades and no church service had been held there for as long as anyone could remember.

But some people were determined to preserve that church building, they bought it, kept that empty building in tip-top shape and every once in a while, they organised demonstrations to keep would-be developers at bay.

Yes, it was a beautiful building and had been the scene of lots of interesting events once upon a time; it had a past.

But it was empty and it was never clear to me what it was being kept for.

You would have thought that for people who reside on a small island and space would be a premium in their considerations, pulling down old structures for new ones wouldn’t be a problem, but that is not the case.

Their first cousins, the Americans on the other hand, are quite the opposite. They are unsentimental about pulling down things to make way for new structures. You are away from an American city for three years and you get back to discover the downtown area has changed completely.

Sometimes, it is quite brutal, a row of what looks like perfectly fine buildings are brought down to be replaced by another set of fine buildings. For them, when it comes to structures, having a past does not guarantee a future.

So, with this as a background, I have been trying to look at our situation in Ghana. Since we are not good at keeping records, it is difficult to determine the structures that have a history with any degree of certainty.

This might be where Kwegyir Aggrey was born or where he wrote his famous dictum about educating girls and then again, it might be the house of his favourite aunt. You cannot be campaigning for a house to be preserved when you are not even sure about its identity.

Then there is the question of the state of the structure being considered for demolition or preservation. This was indeed the birthplace of the first Ghanaian medical doctor, but should we really keep a mud house with a thatched roof that looks like an old pen for sheep?

Some structures might be full of authenticated history and might have been the scene of a lot of our glorious past, but would not qualify to be deemed worthy of a future.

There would also be those structures that have a past that is best forgotten and should, therefore, not be preserved under any circumstance. I have a few on my list but would keep them to myself for the moment.

Then there are those structures whose pedigree is best described as lost in the haze of long ago, or which are known to have enjoyed a lot of popularity in the distance past but do not have any adherents today. Should they be kept simply because they were once famous?

A good example might be the Sea View Hotel in James Town (British Accra) which was pulled down some time ago and some people see that demolition as an extreme form of insensitivity to our history.

I wonder where the public sentiment sways when it comes to replacing structures on purely aesthetic and modernising grounds. There are many parts of our towns and cities that cannot and indeed should not be saved, no matter how much history resides in them.

Those structures and the way they are set out make the places irredeemably ugly. They are places about which there should not be any sentimentality. They cannot be repaired; they should just be razed.

The problem, of course, is that these days I see so many old, indifferent pieces of architecture being pulled down and are being replaced by truly grotesque modern structures that are not likely to last very long before they become candidates for demolition.

I am afraid, I am thinking having a past should not guarantee a future. Obviously, the Philistines have taken over.