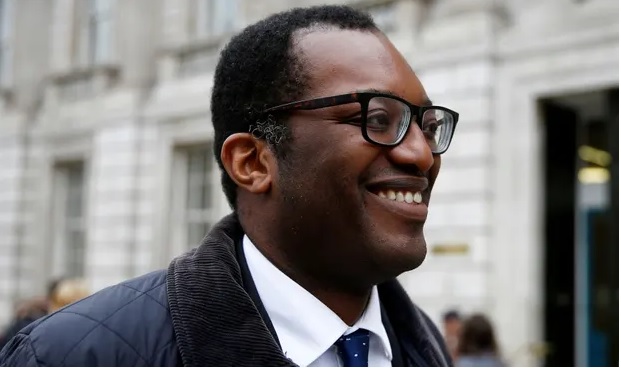 The first week of September 2022 was eventful. Some highlights were: About one-third of Pakistan remained under water as floods from monsoon rains continued. Some described it as the worst in living memory.

In Kenya, the Supreme Court empaneled by a team of international judges rejected Raila Odinga’s appeal in the August 2022 elections and upheld Kenya’s IEBC decision to declare Dr William Ruto as the next president of Kenya.

Here at home, the Chinese “galamsey-kingpin/queenpin” Aisha Huang was arrested for the second time after being deported in 2018 without trial, because Ghana did not want to jeopardise the cordial relations with her country.

In the United Kingdom, Queen Elizabeth II died on September 8th, two days after Liz Truss took over as the new Prime Minister replacing Boris Johnson. One of PM Struss’ early appointments was that of Kwasi Kwarteng, a British of Ghanaian parents, as the new Chancellor of the Exchequer.

There has been excitement in Ghana about Kwasi Kwarteng. So who is he?
Before that, the memories evoked by the 2017 violent elections in Kenya which was my home then, make me want to start with President William Ruto.

Until his confirmation as the new president of Kenya, the 55-year old Ruto served for ten years as the Vice-President to President Uhuru Kenyatta.

Somehow, Ruto fell out of favour with Kenyatta who threw his weight behind his earlier opponent Raila Odinga.

According to Ruto, unlike both Kenyatta and Odinga whose fathers were Kenya’s first President and Vice-President at independence in 1963, he came from a very humble background which could not afford any footwear for him as a child, as he walked to school barefooted.

He stated that, his father “was not even a head-man in his village!”

By dint of hard work however, he entered the University of Nairobi where he graduated with a Bachelor’s degree in Botany and Zoology.

Subsequently, he went to Graduate School and earned his Masters and Doctorate degrees.

Like Nigerians do whenever former world heavyweight boxing champion Anthony Joshua wins a fight, claiming him as one of their own though a British citizen, Ghanaians have been excited by Kwasi Kwarteng’s appointment as the new British Chancellor of the Exchequer, though he is British with Ghanaian parents.

His parents Alfred Kwarteng, an economist and Charlotte Boaitey-Kwarteng, a lawyer emigrated as students to England from Ghana to study in the 1960s.

An only child, Kwasi Kwarteng attended Eton College from where he went to Cambridge University where he earned his Bachelor’s degree. He then went to Harvard for his Master’s before returning to Cambridge for his Doctorate.

His academic prowess and humility aside, he is said to have put his 6 feet, 5 inches bulk to good use in sports including such dangerous sports as rugby!

Kwasi Kwarteng was long ago described as a rising star in the Conservative party.

The 47 year-old Kwasi Kwarteng becoming the British Chancellor of the Exchequer has brought excitement to some Ghanaians.

Similarly, William Ruto has brought joy to many Kenyans by winning the presidential contest against Raila Odinga.

Kwasi Kwarteng is the first black Chancellor of the Exchequer. A UK Daily Mail article published in Ghana’s Graphic online on September 8, 2022 stated as follows:

“Kwasi Kwarteng’s mother is a top lawyer who faced down prejudice to reach the top of her profession after coming to UK from Ghana in the 1960s with his father.”

The son of immigrant Ghanaian student parents, Kwasi Kwarteng certainly was not born into aristocracy!

Similarly, and perhaps even worse, William Ruto described his father as “not even a headman in his village!” He had to struggle from a poor village boy through hard work to the very top as Kenya’s new President.

The different scenarios in two different environments in England (a developed country) and Kenya (a developing country) show that, with hard work, young men and women can go far as their positivity and determination can take them.

I am not oblivious of the difficulty the majority go through, having experienced both countries! However, I believe in the old saying that, “where there is a will, there is a way!”

Our own first President Osagyefo Dr Kwame Nkrumah, and many Ghanaians of his generation, were not born with silver spoons in their mouths. They were village boys/girls who simply worked hard!

For a current generation of young men/women, let the examples of William Ruto and Kwasi Kwarteng serve as beacons to you. Remember, in life, nothing good comes easily.

Work hard with honesty and integrity so that, you can improve on what my generation tried to do!

To Kwasi Kwarteng and President Ruto, we say, well done and congratulations!

We wish you God’s blessing in your new role in service “for God and country,” and for humanity!
Leadership, lead! Fellow Ghanaians, WAKE UP!