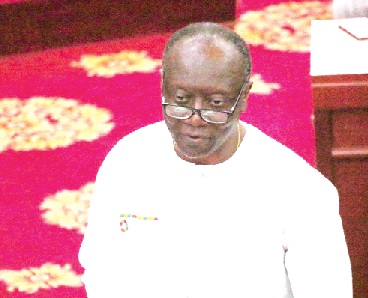 At the close of the year 2022, Ghana’s quest for a debt operation is now trite learning, as a way of avoiding an economic meltdown in the medium term over the next five years.

We are seeking a balance of payments assistance from the International Monetary Fund as a way of stabilising the economy, for a period between three and five years, as a means of restoring investor confidence and positioning the country to achieve debt sustainability which, according to the World Bank, is expected to be 55 per cent of GDP in 2026.

The issues that arise is that the government seeking the medium-term relief from the IMF has a two-year period left on its four-year mandate.

This raises questions of the integrity of the process since in the event that the country secures a five-year IMF bailout, per constitutional term limits, it could be a different government that will be expected to supervise and implement the IMF programme, the terms of which it did not negotiate or agree to.

If per “Joy Business” our total debt stock is approximately 50 billion USD and we are as a country seeking a medium-term balance of payment relief of three to five years from the IMF, the hard question that remains is, is the IMF programme in itself a panacea for avoiding a future or complete economic meltdown?

There are issues that structurally affect our economy, but these issues will not detain us here, but the real issue that confronts us as a country is that our debt profile over the last five years has been in the nature of compensation for burgeoning government machinery, with little or no capital expenditure in terms of the road and bridge network, hospitals, schools and ports nationwide.

The pedestrian conversation in Ghana today is about the size of the government, in terms of the size of the Cabinet and the 16 regional administrative ministers. The issues that arise are whether it is only the size of government or it is the burgeoning government machinery which is the problem.

In the 2023 budget statement, the government places a freeze on entry into the burgeoning government machinery as a way of addressing the issue of an unwieldy machinery.

An issue that arises and is critical to all discourse is the issue of goodwill. This government, per its reduced constitutional mandate, has lost its legitimacy to solely negotiate and agree on the medium-term balance of payment relief it is seeking from the IMF, and as a matter of critical national interest open the door for all other stakeholders such as political organisations that could form the next government, organised labour, employers’ associations, commercial and investment banks, pension funds, civil society organisations and academia to come to the table so that as a country, we can understand where we are, what has brought us here and what an IMF balance of payment bailout will mean for our country in the medium term.

Lastly, the IMF in its dealings has stated that it is too early to expect the details of the IMF-Ghana balance of payment bailout, but it is the recommendation of this article that since our debt stock is approximately 50 billion USD, a three billion USD bailout over three years may not be sufficient to stabilise the economy, so we should rather seek a $5 billion bailout over five years.

As a country, we should also seek a debt operation plan that will seek to hopefully bring debt sustainability to 55 per cent of GDP by 2026, that is in the next four fiscal years.

In conclusion, optimism is what we need and it is what we lack. We must come together as a people who must know where we are and understand and are ready to sacrifice to come out of the problem. Having said that, let us be optimistic that we are able with the help of Almighty God.