Not everyone can be vegan or vegetarian, addressing the closing ceremony of the KAPS Forum 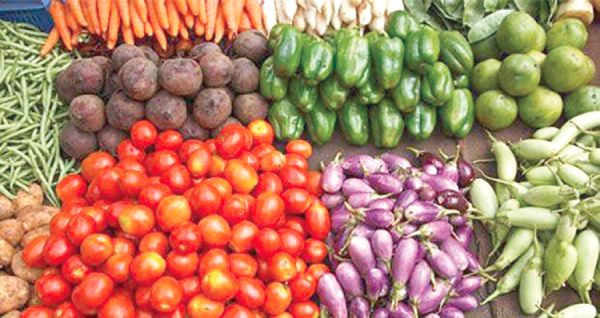 Vegans and vegetarians choose not to eat meat. However, veganism is stricter and also prohibits dairy, eggs, honey and any other products which are derived from animal parts such as leather and silk. Both veganism and vegetarianism are growing in popularity.

However, some people may find the differences between these two diets a little confusing, particularly the several variations of vegetarianism.

According to the Vegetarian Society, vegetarians are people who do not eat the products or by products of slaughtered animals.

The Vegan Society defines veganism as a philosophy and way of living which seeks to exclude, as far as is possible and practicable, all forms of exploitation of and cruelty to, animals for food, clothing or any other purpose; and by extension, promoting the development and use of animal-free alternatives for the benefit of animals, humans and the environment.

In dietary terms, it denotes the practice of dispensing with all products derived wholly or partly from animals.

A 2017 study by Wright et al., examined the effectiveness of a plant-based diet in 49 adults who were overweight or had obesity and also had at least one of the following conditions, type 2 diabetes, ischemic heart disease, high blood pressure and high cholesterol levels.
Follow-ups of participants in six to 12 months showed significant reduction in Body Mass Index (BMI) and cholesterol levels of those in the diet group, compared with those in the control group.

Another 2016 study by Jaacks et al., revealed that vegetarians living in South Asia and America were less likely to develop obesity than nonvegetarians.

A recent 2019 review by Barnard et al., proved that plant-based diets may offer a number of cardiovascular health benefits for endurance athletes.

These benefits include lower cholesterol levels, improved blood pressure and blood flow, better blood sugar control, a lower risk and even reversal of atherosclerosis and reduced oxidative stress and inflammation.

A similar 2019 study by Kim et al., also found a link between a healthful plant based diet and a lower risk of developing chronic kidney disease.

One study by Appleby et al., (2007) found that fracture rates are nearly a third higher among vegans compared with the general population.

Vegans also have problems with Vitamin B12. Vitamin B12 is most often obtained from animal foods, and higher rates of deficiency have been found in vegans compared with other vegetarians and meat eaters

There are many misconceptions about the practice of Naturopathic medicine.Some people are of the assumption that once you toe the lane of Naturopathy, your ultimate aim is to be vegan.

This notion has led to some proponents of Naturopathy who are vegan advice their clients to also be vegan.

The truth is that veganism is not for everyone. I am Naturopath and a researcher in this field, but not vegan or vegetarian.

I recall an encounter with a strong Jewish Conservative Vegan Naturopath, who always had problem with my diet.

She talked and acted weirdly anytime she saw meat on my plate. I do understand her; as conservative Naturopaths have a different mind-set about my modern Naturopathic practice.

Spirituality has been established as part of Naturopathic Medicine and being a Theologian, I decided to look at the biblical perspective of veganism and this is what I found.

So the Apostle Paul said, “One man's faith allows him to eat everything, but another man, whose faith is weak, eats only vegetables or herb”. (Romans 14:2 NIV).

This is plainly a vegetarian scruple that Paul was dealing with.

Though vegan and vegetarian diets do have scientific evidence supporting them, the truth is that veganism or vegetarianism is not for everyone as the Apostle Paul admonishes us in the Bible. Despite past glory demonstrated by the vegan diet, one study by Mahase, (2019) published in the medical journal The BMJ, found plant-based diets could come with a previously unrecognised health risk.

There are also emerging studies from the UK linking vegan diet to higher stroke increase.

The writer is honorary Professor/advocate of modern Naturopathic Medicine, President, Nyarkotey College of Holistic Medicine.
E-mail: This email address is being protected from spambots. You need JavaScript enabled to view it.