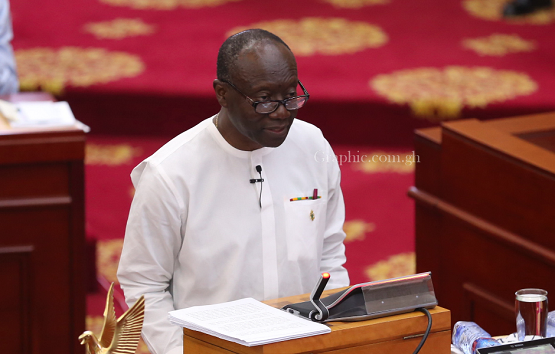 The Daily Graphic of July 24, 2021 carried a story “1D1F creates 150,975 jobs” credited to the Minister for Trade and Industry. The number was composed of both direct and indirect jobs from 104 companies.

The Daily Graphic report on the Mid- Year Budget also carried a statement by the Finance Minister headed “Govt unveils plan to create million jobs”. The minister asserted that the government’s effort at employment creation “remains anchored in the private sector”.

Sentiments by both ministers point to the significance of employment in national development.

This article draws attention to what is missing in various strategies designed to facilitate the creation of employment and proposes a re-visit to rural development.

Unemployment is the inability of persons of an age group to be gainfully employed or to be in self-employment, though available for work. It is measured as the number of unemployed persons as a per centage of the number of the labour force – comprising of persons in the age group of 15 to 64. Ghana’s unemployment rate is 4.53 per cent, dropping from 6.8 per cent in 2014.

Unemployment shares the same attributes of poverty and poverty in Ghana is largely still a rural phenomenon.

Though unemployment rate has been falling, it is difficult to understand why there is still a teeming army of the youth of major cities unemployed or doing menial jobs; and university graduates unemployed four or five years after graduation.

Are jobs really being created; if yes, for who and where are they?

Laudable as these programmes are, not much is seen on their structured implementation framework.

From casual observation, I stand to be corrected, they seem to lack synergy. Ideally, one would wish to observe the extent to which, for example, youth entrepreneurship, agribusiness and apprenticeship have been purposefully focused on youth unemployment and integrated into MOFA’s

Presently, we have food crop farmers in rural communities who have subscribed to the Planting for Food and Jobs programme unable to market their produce because of poor interconnectivity.

Urbanisation is now widely accepted as synonymous to development. The cliché is that urban/rural ratio would be 65/35 per cent globally by 2030. But will this be true for developing countries like Ghana?

While there is no denial about the significance of urbanisation, this writer is of the view that developing countries will need to re-visit the concept of rural development as integral to national development.

Urbanisation as the driver of industrialisation for national growth has not helped generating expected employment.

The district capital centred development spatial model on which the local governance structure has been superimposed has not facilitated rural/urban linkages.

A drive 10 to 15 kilometers outside a district capital vividly presents the negative picture of the relationships between the capital and its hinterlands for most of the district capitals.

Our rural areas are in such a state that interconnectivity between district capitals and their rural hinterlands are broken down or virtually non-existent.

The thrust of rural development proposed here is one inclined towards the restoration of the broken links or interconnectivity between district capitals and their rural hinterlands through a re-organisation of human settlements and based on the notion that goods and services are localised in settlements.

The proposal identifies settlements; second and third levels below the district capitals; which are functioning or will better function as service centres in the future; to serve as locations for efficient and equitable distribution of essential goods and services, public amenities and utilities.

These identified settlements will provide the necessary effective linkages with the district capital; and ultimately, improve the supply of a critical mass of social services and infrastructure to meet the basic needs of the people and attract investment for the growth and development in the rural areas.

Notwithstanding increasing inclination towards urbanisation, there is still the need for rural development as integral to national development.

Economists and financial experts may continue to make statistical forecasts but all of these will come to naught if attention is not focused on the rural areas which could serve as the “cooking pot” where agriculture, agroindustry agribusiness, entrepreneurship will converge to unleash sustained productivity for employment creation.

Obaatanpa will not yield one million jobs if not intertwined with a pragmatic rural development programme.

The writer is a Development Planner/ Fellow, Ghana Institute of Planners (FGIP).