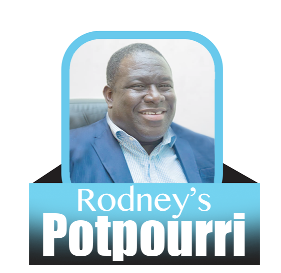 It is dawn on Monday morning as I write, having just arrived home after a night out in Kumasi celebrating the new year with family and friends.

Travelling down Bantama High Street from the Komfo Anokye Teaching Hospital (Gee) roundabout towards the market in the night was like being caught in the thick of a global street carnival.

Heaving crowds spilled over into the street as young men and women partied away, swinging bottles of whatever drink caught their fancy and grinding their hips to the rhythm of the music blaring from the several brightly-lit bars along the road. Vehicles were reduced to crawling along the street and trying to negotiate with the revellers for the right of way.

I refused to feel old and out of place, even though my joints were creaking.

In 24 hours, I will be getting ready to leave for Accra to head to the office after the Christmas break. While a part of me looks forward to getting back into the routine of work, another stubborn part effectively dreads it.

After all, it is only a little over a week ago that I signed out of the office, ready to enjoy the holidays, with alarm clocks banished from my bedside and the morning drive from Kwabenya to the office through rather heavy traffic a rather faint prospect.

I could put up my feet, do some reading I had put off for some time because of work, catch up with family and friends, enjoy some parties I had been invited to, travel down to Kumasi to get some rest and basically just ‘chill’, as young people like to put it. Tuesday, January 3, 2023, seemed so far away. It was bliss.

The partying is over, not just because Tuesday, January 3 beckons, but also, perhaps more importantly, a number of holes have appeared in my pocket, in my wallet and of course in my rather wobbly bank account. The holes have not been as a result of an insane splurge on frivolities during the festivities, but rather a long Christmas list that kept getting pruned but also saw some names finding their way back in upon second thought.

My general rule on drawing up my list was to ignore those who specifically requested, or rather demanded, their Christmas gift, as if it was a one-way street, and quite a number of people fell neatly into the trap and made my life easier. The conspicuous, sad absence from my list was my late housekeeper of 14 years, Prince Agyenim Boateng, who passed away at the end of June 2022.

The thing about being back in the office and settling into the usual routine is that it keeps you away from trouble in several ways. For instance, you do not have the time to just wander into a shop for some window-shopping, only to grab an item, having been bitten by the ‘impulse-buying’ bug. If you are particularly busy, fancy, expensive lunches may not be part of your day.

In a way, therefore, and perhaps almost perversely, the shackles of work routine do have some appeal and warmth in January, particularly. I suppose this gives some meaning to the philosopher J J Rousseau’s quip that ‘man is born free but everywhere he is in chains’. Perhaps these are chains we actually seek because of the comforts they offer.

The interesting thing is that within a few weeks of getting back to work, I will be yearning for the freedom of the Easter break and conjuring all sorts of ideas for that long weekend.

It is a funny old world.

Like many others, I believe that January is not just the longest month, but also the most delicate. By banishing the word ‘prudence’ from the Christmas holiday season as many are wont to do (“after all, God has seen us to the end of the year”, goes the refrain), together with the fact that many salaried workers get paid much earlier than usual in December, financial reality begins to set in for many by the first week of January, when ‘eye clear’ sets in and one begins to count the coins, ruing some of the expenses that one has made during the season. Alas, it is too late. Ah, and then school fees and other expenses when school reopens…

It is the month in which gari, roast plantain with groundnuts and other less exotic food items feature on the lunch menu of many office workers as they patiently negotiate their way through the month. It is a bad month in which to ask a friend for a loan because everyone is trying to manage on a shoestring budget. It takes a cruel creditor to call his debtors in January to demand payment. Perhaps this is the opportune time for the debtor to shout back at his cruel creditor that ‘kafo didi’ (the debtor must eat).

It is a bad idea to fix a family funeral or other social events in the middle of the month, because it means people have to make effort to travel to attend, in some cases out of town. In the case of funerals, your ‘nsawa’ (funeral donation) box will definitely take a hit.

Basically, everyone tries to glide along on autopilot for most of January, while swearing by the heavens to be frugal during Christmas that year.

As we bask in the freshness of the new year, dishing out ‘afehyia pa’ to our friends, colleagues and family like confetti, may we be strengthened for the rough financial trek that January is – an arid path strewn with rocks and stones.

Dear reader, may the January economic harmattan winds be kind to our financial health as salaried workers look forward to the sweet melodies of a text message on their mobile phones announcing that January’s salary has dropped beautifully and safely in their bank accounts.

Oga January, whatever you do, just be kind.