A Question of Ethics: What will you do? 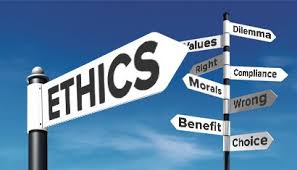 A broken social fabric
A few days ago, I read a post by a young lady who, worried about the ethical fabric of her society, is threatening to leave the country and not return in a long time out of frustration. According to her narration, a police officer who had allegedly received a bribe (whether solicited or offered) from a “poor woman” is, with the support of his superiors, has resorted to intimidating everyone involved in the case including our young lady’s family.

The intimidation follows her insistence that the said police officer returns the money taken or risk public exposure. The alleged bribe, according to her, was ostensibly meant to facilitate the release of the son of the “poor woman” from police custody over unstated reasons. In her mind, if she could get the police officer to return the money, it should be enough resolution. 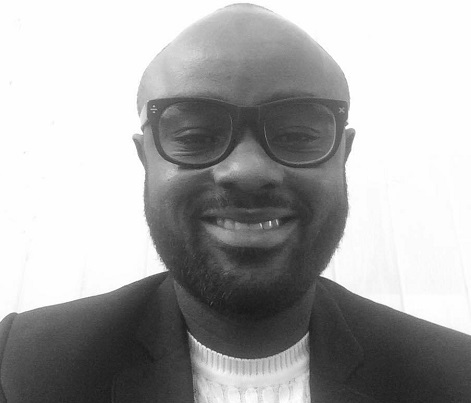 It is not hard to imagine the potential consequences of having an alleged corrupt officer’s back against the wall. As it’s turning out to be the case, the poor woman and her son would have to keep looking over their shoulders if they were found to be the source of the story in the first place, and if our lady succeeds at engineering the refund, then the negative consequences become more potent. Was our young lady right to have taken that path of negating with the officer? After all, money has not been returned and our young lady is not softening her stance. She believes at her very core that a bribe should not be acceptable under any circumstance especially involving a poor woman who can hardly make ends meet. The poor woman must get her money back no matter the shenanigans by the officer and his superiors.

Not surprisingly, the poor woman and her family are worried about the turn of events, and prefer the proverbial sleeping dogs to constant police harassment. “He who feels it, knows it”, sings Bob Marley. To her, if money has solved a problem, (bribe or not) that’s enough. The family of the poor woman is now a source of pressure on the young lady to let go. Another source of worry is her male siblings who could be potential targets for set up. According to our strong-willed young lady, that potential set up was sufficiently communicated to her in a meeting.

Should she insist on the right thing or simply let go? What is the right thing under the circumstances anyway? Can she right what is left of her apparently broken society? The venerable culture might ask: “you alone”?

Crossing the finishing line
What are the odds that an athlete who is coming a distant second to another, will ‘push’ the winning athlete over the finishing line to actually complete the marathon on closing up? Would you settle for a second place if you were Ivan Fernandez Anaya? Ivan did not see any real value in taking advantage of a mistaken thought of haven won a race by a competing athlete. To him he could not have won that race anyway if his Kenyan competitor had not mistakenly thought he had done the entire marathon. Therefore, he prodded him over the finishing line to win while settling for a second place in the race and a first in hearts. Maybe the consequences of coming second did not outweigh the value of the kind gesture. Maybe he would have acted differently under higher stakes or maybe not, but that is an unknown.

What now?
If ethics is about calculating consequences as we know it is, then we should be teaching it at every level of education as it is done elsewhere. If we did, we will all be aware what ethical considerations we make when faced with scenarios such as our worried lady’s: should she be thinking of the greater good to everyone involved in the case? If she did, she would be acting like a utilitarian who thinks of the end justifying the means. In utilitarianism, if a bribe can make the peace while passing the Rotarian’s four way test, why not. The poor woman and her son will have their peace; our young lady will not have to worry about her brothers being harassed; and the policeman and his company can enjoy what was (Un)willingly offered and accepted. That sounds like a fair deal doesn’t it? On the other hand, she can insist on the categorical imperative of not giving or accepting bribes and damn the consequences. What now?

It does appear, though, that we have become a society largely permissive of the utilitarian’s approach to things. It has become a culture. Nothing else matters, and that, too, has its overall consequences. As long as we remain part of a society, we will continue to be faced with ethical dilemmas from time to time. When we are faced with it, let us stop and think not only of the immediate consequences of that decision, but the weight of it over time.

The writer, Deladem K. Eglo-Herdsmann is a Communication and Media consultant.