Where are the skilled craftsmen of old? 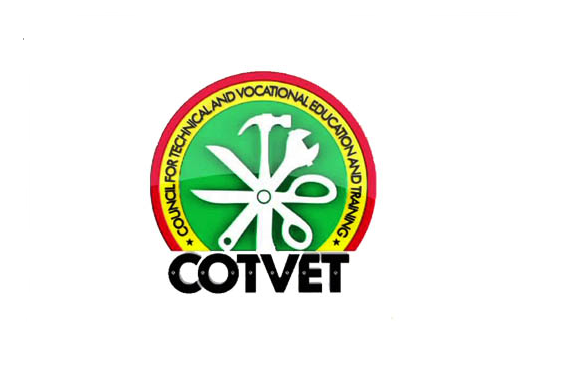 Thus the ruler, the spirit leveller, the tape measure and the pencil have been the basic tools of craftsmen. Later, it was found that some level of basic education was necessary in order to be a good craftsman Follow @Graphicgh

Any day, any time, something in our home needs to be repaired or replaced. It could be the window, door or its lock. It could be your wardrobe drawers or handles.

It could also be a gadget in the kitchen such as a cooker, freezer or microwave. Your roof may be leaking or your furniture legs may have been broken. If you were rich enough, you might decide to have a new house put up for you. In all those circumstances you would need a craftsman such as a carpenter, mason, electrician, welder and a plumber who, depending on the level of sophistication of the job, needs to be supervised by a “master” who is somebody certified by a professional body.

When we were children, if your parents did not have the means to send you to school, you were told to learn a craft. Carpentry, masonry and tailoring were the most popular and required some four to five years of apprenticeship during which one must first of all learn to measure something. Thus no matter the level of illiteracy, one learned to use the tape measure or ruler and record what measured in figures. Thus the ruler, the spirit leveller, the tape measure and the pencil have been the basic tools of craftsmen. Later, it was found that some level of basic education was necessary in order to be a good craftsman.

In recent times, however, many of the craftsmen have been reduced to journeymen or “workmen,” a term borrowed from Nigeria to mean a jack-of-all trades and master of none. Note Master Mathias who attends to fixtures in our home. With a pencil stuck behind the right ear and always carrying a small toolbox, he is a busy man. He reports for a job several hours or even days after his services have been requested. On arrival, he examines the job and takes measurements. If some materials should be purchased, he makes the list, indicating approximate prices. His standard question is: “Do you want me to go and buy them or I should leave that to you? I can show you the shops where you get best quality and reasonable prices.”

Mathias does neat jobs but his charges for workmanship are quite high. Recently we needed to replace our two bedroom wardrobes with one wall-to-wall. Mathias has been contracted outside Kumasi for a few months. So, I asked a Master to recommend someone for me for the job.  After taking the measurements, he went away for few hours and brought a priced list of materials. The plywood he bought was not fully seasoned and I told him so. Second, he wanted to set up a work bench in the bedroom and I refused him. Third, I noticed that he was using a lot of nails and I told him that I had expected him to use glue and grooves for joints instead of nails. Fourth, the edges of the cupboards and drawers were not planed smooth. Lastly, his charge for workmanship was suspiciously low and I found that he had overloaded the material costs by 50 per cent.

Two weeks after the installation, I noticed an accumulation of wood powder in one of the drawers. Handles of the drawers and cupboards were coming off and soon they could not be pulled easily; some could not be opened at all. Then standing at one end of the wardrobe and running my eyes along, I noticed a very undulating surface.

Mathias returned to town and when I showed him the wardrobe, he declared the big piece of furniture as crap. “We need to build it anew, but we must first of all find the wood borer.” He plied the drawer open with a crowbar and dismantled it. Surely, there was the insect, the size of my small finger. Mathias has rebuilt the wardrobe with seasoned wood and when I complained to him about the low level of professionalism displayed by some carpenters, he offered an explanation. He said that the quacks learned the job without going through the prescribed apprenticeship. Once they knew how to build tomato boxes and school desks, they declared themselves “masters.”

Indeed, looking at some creaky doors falling off their hinges, the wobbly and leaky roofs of many buildings that easily get blown off by rainstorms, one could not disagree more with Mathias. One then asks, “Where is trade testing gone?”

There are stories about painters who scam the work, electricians who blow off the kitchen gadget; seamstresses and tailors who destroy or steal the materials given them. One also wonders why at big construction sites, one is bound to find more Togolese than Ghanaian craftsmen and artisans. Besides, to have a new piece of suit or bush jacket sewn, why do Ghanaians trust the workshops owned by Togolese and Burkinabe masters?” Would NVTI, NACVET or COTVET answer me?”