Joshua Makubu: An example of disability not liability 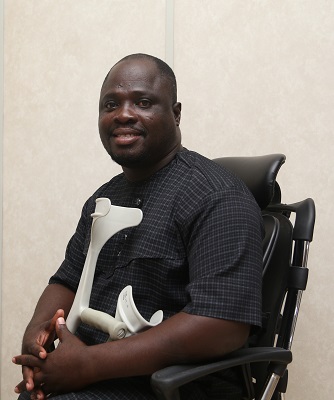 After the swearing-in of President Nana Addo Dankwa Akufo-Addo on January 7, 2021, he appointed a new set of ministers to help steer the affairs of government business.

Among the names which is making a lot of waves is Mr Joshua Gmayenaam Makubu, Minister-designate for the Oti Region.

He is the second person with a visible disability to be appointed as a Ghanaian minister.

This has not only made his people in the Oti Region happy but the news has also gone viral across social media.

Mr Makubu is a person who wears many hats.

He lectures at the Nduom School of Business and Technology at Elmina in the Central Region and serves as a Teaching Assistant with the Department of Finance at the University of Ghana.

He is also a politician, an advocate and has a strong background in Finance, Statistics, Risk Management, Insurance and Actuarial Science.

Growing up
Tracing his roots in the Oti Region, he told The Mirror that his grandfather settled at Damanko which was then in the Volta Region which is now the Oti Region but later moved to the Northern Region where he was born at Demoniacal in 1980 in the Bimbila District.

According to him, after completing secondary school, he taught for a year at Saboba EP, his alma mater, before leaving for the Ho Technical University (Ho Polytechnic).

“At Ho Polytechnic, I pursued a Higher National Diploma in Statistics. Then went back to Nkwanta in the Oti Region after school to work as the District Employment Coordinator under the Youth Employment Programme between 2006 and 2008,” he said.

Campaign rounds in Krachi West Nkyenekyene, in the Oti Region in 2020

Being so passionate about education, he enrolled in the Actuarial Science degree programme at the Kwame Nkrumah University of Science and Technology (KNUST) in the Ashanti Region.

An MPhil degree in Risk Management and Insurance at the University of Ghana soon followed.

With all these degrees under his sleeve and despite juggling an academic career with work for the New Patriotic Party (NPP) at the regional level, he decided to crown it all with a PhD in Finance.

“I am currently in the fourth year and left with few months to complete. But for the COVID-19, I should be submitting my dissertation,” he mentioned.

“I’m very independent when it comes to learning and because of my background in Statistics and Actuarial Science, I don’t spend time on books. Most of the things are simply a continuation.”

Road to politics
When asked how he came into politics, he told The Mirror that his uncle contested the position of an Assemblyman at Damanko so the entire family rallied behind him to support him. 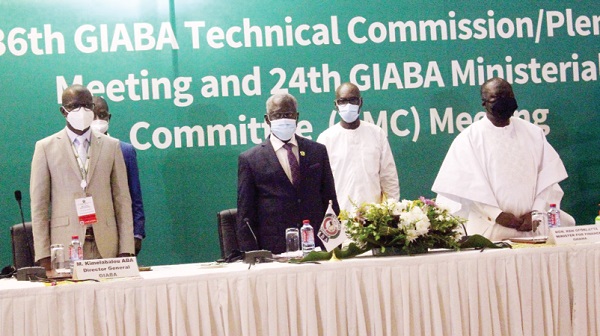 “Even though I didn’t have a vote at the time, I followed him as a child when he went round to canvass for votes. Between 2004 to 2008, we served as foot soldiers for my uncle Joseph Kwaku Nayan who served as the Member of Parliament for the Nkwanta North Constituency in the fourth and fifth Parliament of the Fourth Republic,” he recounted.

Throwing light on his political exploits, he said in 2008, he was made a government appointee to the Nkwanta District Assembly in the then Volta Regionand contested to be elected as a Presiding Member, which he won.

“Also in 2009, I contested the Nkwanta South Constituency Chairmanship position on the NPP’s ticket but was not successful. However, in 2014, I contested and won the Assistant Secretary position for NPP in the Volta Region. In 2018, I retained that position until the Oti Region was created and inaugurated in 2019. Therefore, I resigned and rather contested Oti Regional Secretary position and won convincingly,” he narrated, beaming with smiles.

Growing up
Mr Makubu told The Mirror a touching story about how from infancy, he began experiencing problems with one of his legs. According to him, his late sister told him that whenever she was bathing him, as a child, and she touched his right knee, he always cried.

“Unknowingly, there was a tumour growing in my knee and I was barely five years old. The first time I was taken to a good hospital was when I was eight years and at Yendi in the Northern Region. They did a surgery on my knee but the operation went bad so I started bleeding and for about a year I was in and out of the hospital.”

He said when the bleeding became severe, he was sent to the Damongo Government Hospital and it was there that the decision was taken for his leg to be amputated to save his life.

Stigmatisation
“This is where the problem of stigmatisation started even as young as nine years old. My best friend in school at that time called Yakubu, who has since passed away, ran away from me when he first saw me. Because of the stigma, my father brought me to Nsawam in the Eastern Region to fix a prosthesis (artificial leg) for me. With the prosthesis, as you grow you have to be updating it, therefore, life became better,’’ he indicated.

Mr Yakubu said he is discriminated against at all levels. “There are times I don’t apply for jobs advertised because they make you look stupid when you turn up. ‘Joshua with one leg who will help him’? Even in politics, how to get funding is always a problem. I feel bad about these things but upon second thoughts, I tell myself it is better to push hard. This is the reason why I decided to embark on my education pursuits.”

He recalled that “I once applied for a teaching appointment and was shortlisted. When I got there, I realised all the others who came were interviewed, however, when it got to my turn, I was asked to go and demonstrate how I will be teaching. I ended up teaching students for three hours.”

“Unfortunately, policies are designed very often without thinking about persons with disabilities. You get to certain institutions and there is a bold inscription ‘no taxis allowed beyond a certain point,’ therefore, you have to walk for a while before you get to where you are going. Besides, people like to think for you,” he lamented.

“A couple of times, some people end up making you feel embarrassed and upset when you show up at an event. For them, you are coming to beg for food or money because they see you with one leg. This is totally unacceptable.”

Plans for Oti Region
As a Minister-Designate for a newly-minted region, Mr Makubu has his work cut out for him, but he is unfazed and appears happy to apply his academic training to his upcoming job. “Oti Region is cosmopolitan in nature,” he explained.

“The settler communities are many so the major thing is to let the people see themselves as one in order to promote unity and development. If we keep ourselves as separate individuals, we will not move forward.”

In addition, he said roads should be given a priority to facilitate the transportation of farm produce to market centres. “Health is also a major issue. Some of our health facilities need to be upgraded to district hospital levels to save lives.”
Mr Makubu has one child.