How America made China great again - Implications for Ghana 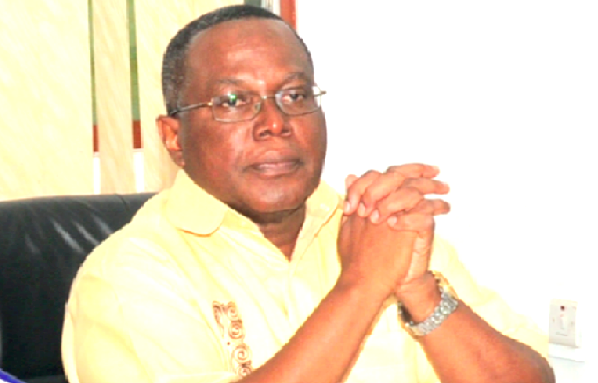 Forget about MAGA, Donald Trump’s battle cry to “Make America Great Again”, that won him the American Presidency in 2016 and has since set his country – and the world – on edge.

Let’s talk instead about MaCGA, America’s 100-year-old agenda (some might even say, obsession) to Make China Great Again.

And now that China is MaCGA, America is going ‘gaga’, threatening fire and brimstone over China’s forward march to overtake it as the world’s largest economy by mid-century.

The irony of it all is both breathtaking and instructive, with implications for Ghana’s own tortuous search for development and how it has managed its dealings with China.

This is how it all went down. In the early 1900s, as the “American Century” gathered steam, Americans developed this incurable itch to remake the world in their own image.

In a relatively short time, they had transformed capitalism –and society – like no other country had before them. Mass production of consumer goods, such as cars that were once the preserve of the rich, had led to mass consumption, a rising middle class and shrinking poverty.

Industrialisation moved at a breakneck pace, driven by rapid growth in transportation and a network of industries across the country.

There were social problems, of course, but it was also the golden age of social science, where scholars believed such problems could be solved with the same scientific principles that drove the physical world.

Women got the vote in 1920 after much agitation and Blacks continued to press for a bigger share of the growing American dream.

The rise of idealistic Americans

Out of this euphoria of human triumph over material adversity emerged a group of idealistic Americans known as “liberal internationalists” made up mainly of academics, missionaries, philanthropists and capitalists who decided to replicate America’s success abroad.

To be sure, they also aimed to blunt the growing global appeal of socialism, which, among other things, promised a workers’ paradise free of capitalist exploitation.

John D. Rockefeller, the unapologetic defender of capitalism, and later the Ford family, were among those who established foundations to finance this ambitious international agenda directly and indirectly.

They operated in many countries, but none offered the same allure as did China. They viewed it as a fallen ancient civilisation that needed to rise again, with American help.

And they found a ready and willing ally in Sun Yat-sen, the visionary leader of a China just emerging from dynastic rule. Yat-sen’s treatise, the International Development of China, provided a road map for the internationalists and would later inspire both the United States and the United Nations in their efforts to promote “international development” beyond China after World War II.

Yat-sen’s death in 1925 and the ultimate triumph of communism in China in 1949, however, disrupted the internationalists’ agenda. But even before then, they had left a veritable legacy of schools, agricultural institutes and hospitals in China. The Pekin Union Medical College Hospital, which today bills itself as “one of the top-ranked hospitals in China”, was built by the Rockefeller Foundation in 1921.

The Advent of Cold War

With the advent of the Cold War, the US government appropriated much of the internationalists’ work.

America’s official policy towards China ebbed and flowed until the end of the 20th century. In 2000, the US Congress passed the US-China Relations Act, which allowed China to join the World Trade Organisation in 2001 in exchange for China allowing more American investment and exports. America hoped that China would also become “democratic”.

But China had its eye on its own prize: Global economic dominance, not democracy. Between 2001 and 2018, it added an average of $688.7 billion to its economy every year, up from a measly $48.3 billion annually the previous 20 years.

In 2010, it overtook Japan as the second largest economy in the world and promised to double its GDP of $6.1 trillion by 2020; it did it in seven years.

Though that still left it in second place, it considerably shrank the gap with America, while it proudly remained a one-party communist State.

By 2019, its GDP was US$14.2 trillion, compared to America’s $21.2 trillion. The realisation that America did not only help make China great again but at its expense is what drives much of the anti-China rhetoric championed by Trump in America today.

In Africa – and Ghana, particularly, – the rise of China may be a mixed-blessing, depending on how we engage it.

For one thing, its emergence has coincided with the Second Scramble for Africa, where China and the rest, including former colonies like India, are competing for resources and influence, often under the guise of “South-South Cooperation”, when in fact each seeks its own imperial ambitions.

In Ghana, China’s emergence has been felt in many ways, some good, others not so. Support for infrastructure development, for example, has been significant but spotty, often embroiled in long controversies that end up with substantial reductions in, or even cancellation of, “aid”.

Allegations of corruption, on both the Chinese and Ghanaian sides, in procurement processes have been rife, while the quality of some projects sometimes leaves much to be desired. The Cape Coast Stadium and the imposing court complex in Accra (which somehow was built without due consideration for adequate parking in a growing city) have both suffered serious structural deterioration in a relatively short time.

That raises questions of value for money.

Chinese-inspired ‘galamsey’, of course, has despoiled much of Ghana’s farmlands and polluted its water bodies. And Chinese businesses have ventured into sectors otherwise reserved for Ghanaians. Sometimes, one feels like we are under siege from Chinese.

Perhaps the most serious and often overlooked aspect of our relations with China is its insidious protectionism, which restricts the export of Ghanaian manufactures to China even as Chinese manufactures flood our markets and undermine our industrialisation drive, creating unemployment.

In all of these and other issues, however, the fault lies not with China, which understandably seeks its own national interests, but with our policy makers.

It is 63 years after independence, yet we have no state institution to support Parliament and the government with cutting-edge policy analyses of international trade and other global developments.

The National Development Planning Commission, whose mandate includes the conduct of such research, has been starved of resources for years and lately is being dismembered in favour of other ministries that have subverted its mandate.

In the end, our ability as a nation to derive the greatest benefits from our relations with China will depend on what we do, right or wrong, more than anything China does.

To paraphrase the Chinese ambassador to Ghana: How can a Chinese migrant know that there is gold on a farm somewhere in a rural area in Ghana without the help of Ghanaians?

The ball is in our court. It has always been.

The author is a former director-general of the National Development Planning Commission and a senior economic advisor with UNDP in South Africa.