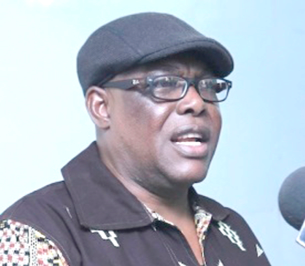 It has been acknowledged widely by history scholars and commentators that British wartime Prime Minister Winston Churchill’s not-so-secret weapon in World War Two was the use of words – oratory – to inspire the beleaguered island of Britain at the beginning of the conflict.

Writing a feature in the Chruchill.org website, Paul Millward, the Literary Traveler describes it thus:

In 1940, from deep beneath the buildings of Whitehall in London, in an underground complex known as the Cabinet War Rooms, Winston Churchill saved Britain.

This secret cavern became the nerve centre of the war.

Churchill would even sleep here on occasions. In Room 60 of this political bunker, he made his historic radio speeches to the nation, speeches which gave the people the strength and resolve to win the war.

One of the principal weapons of leadership is effective communication and this has come to the fore forcefully in Ghana during the progress of the coronavirus pandemic of 2020 from March 2020 to the present.

Before the beginning of his final year in his first term, President Nana Addo Dankwa Akufo-Addo had hardly given a presidential address from Jubilee House, the seat of government. His preferred mode appeared to be interviews and set speeches to Parliament as required by law and convention.

As at this writing at the end of August, he has given 16 presidential addresses, which have been tagged collectively as Fellow Ghanaian speeches.

Without having the inside track on how such decisions are made at the highest levels, it is difficult to say which options were open to the President at the beginning of the pandemic in Ghana. However, one can imagine the initial anxiety as the virus spread quickly from China and Asia into Europe, at which point our policy makers and early responders would have been scrambling around for the right responses.

Obviously, the responses to the pandemic had to be on several fronts.

There was the medical response, socio-economic and political; this is an election year. On 12 January 12, 2020, the World Health Organisation (WHO) confirmed that the novel coronavirus was the cause of a respiratory illness that affected a cluster of people in Wuhan City, Hubei Province, China.

On March 11, 2020, the WHO declared the novel COVID-19 a pandemic. The following day, March 12, the first two cases were recorded in Ghana.

As we can see, Ghana did not have the luxury of a single day’s respite between the declaration of the pandemic and the arrival of the virus in the country.

The first presidential address on March 12 had a number of measures to counter the effects of the pandemic in the country. Even in that first speech, the President set out what would be his tone and rhetorical strategy throughout the pandemic.

Leadership oratory comes in many forms. Paul Millward describes Churchill as “a poet in the guise of a politician.

He used his ability to manipulate words into unforgettable speeches, thus instilling the listener with incredible fortitude”. He cites the most famous Churchillian speech to support this lyrical assertion:

“Even though large tracts of Europe and many old and famous States have fallen or may fall into the grip of the Gestapo and all the odious apparatus of Nazi rule, we shall not flag or fail.

As with Churchill, Ghana’s own Osagyefo Dr. Kwame Nkrumah has been regarded as a politician who used words to capture his visions of the future as the inspiration of his people. His Parapet speech continues to inspire generations of pan-Africanists:

“And across the parapet,

I see the Mother of Africa Unity and independence, her body smeared with the blood of her sons and daughters in their struggle to see her free from the shackles of imperialism and

“I could see and hear springing up, cities of Ghana, becoming the metropolis of Science, Learning, Scientific Agriculture and Philosophy.
“And I hear the mortals resound the echo and the rejoinder: ‘Seek ye first the political kingdom and all the rest shall be added.