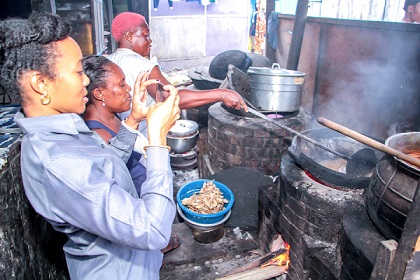 Dr Agyeman-Rawlings (left) admiring and taking pictures of some of the beneficiaries using the improved cookstoves to cook.
30.5k Shares

Mary Esi Appiah was the first trader who started the Osu Night Market in 1982, smoking a variety of fresh fish to earn a decent income to support herself and her family.

Amid the black, thick smoke emitted by the oven she used, she grilled fish that became the delicacy for many consumers.

She and other women worked hard to make the market a one-stop place for people from all over Accra to go for fish and other cooked food, such as kenkey, rice, banku, fried yam, kelewele, fufu, pork and porridge.

With vigorous cooking activities at the market often starting from 3 p.m. until 2 a.m. the next day, Madam Appiah used an inefficient oven that required a lot of charcoal and firewood, exposing her to smoke.

Unfortunately, she slipped and fractured a bone in one of her legs at the market in March 2011 and was rushed to the SSNIT Hospital at Osu, Accra, where a doctor told her she had lung cancer after she had been made to take a CT scan.

“The doctor showed black spots on the scan to be the result of smoke she inhaled and asked my mother if she smoked, but she said she did not.

“The doctor said her leg had to be amputated but the operation could not be done since she was suffering from cancer. Sadly, my mum died a year later,” Madam Appiah’s 55-year-old daughter, Theodora Akuoko Tetteh, told the Daily Graphic last Monday.

The queenmother of the Osu Night Market, Madam Tetteh, also visited the SSNIT Hospital in October 2021, where a doctor informed her that her lungs had been affected by smoke. 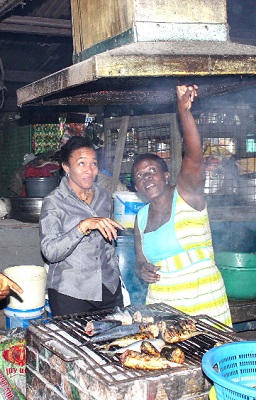 “The doctor advised that I stop going near smoke, but I told him I could not, as I had no other employment,” she said.

Why is the market so hazardous?

The Osu Night Market has for years housed different sets of traders, food sellers, including those who smoke fish and those who sell food such as banku, kenkey and kelewele, as well as those operating grocery shops.

It has been a busy yet hazardous environment, not only for traders and consumers, but also for people within the immediate environs, as some cook with dirty cookstoves and smoking ovens.

The excessive soot from the smoke of charcoal and wood used in ovens and cookstoves has resulted in respiratory diseases and heart problems.

Besides, traders spend a good proportion of their earnings each day on charcoal and firewood, due to inefficient stoves and ovens.

Ade Kottey, 45, spends between GH¢30 and GH¢40 daily on charcoal or firewood for the cookstove she uses.

The World Health Organisation (WHO) states that household air pollution is responsible for an estimated 3.2 million deaths per year in 2020, including over 237, 000 deaths of children under the age of five.

In a bid to reduce the carbon footprint and improve the life of women and their children, Dr Agyeman-Rawlings felt the urgent need to transform the Osu Night Market into an eco-friendly one.

She mobilised a team of researchers from the Kwame Nkrumah University of Science and Technology and Bauhaus-University, Germany, to assess the impact traditional cookstoves and smoking ovens had on women at the market in November 2018. 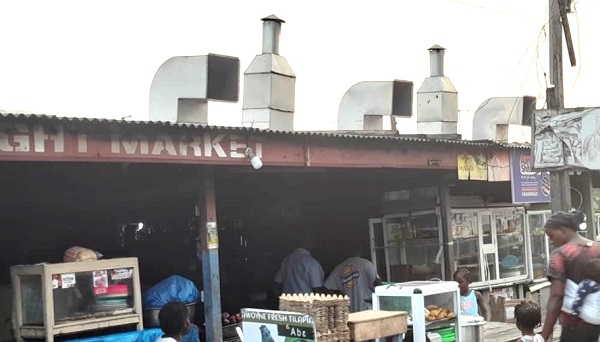 Consecutively, for six days, the researchers measured indoor air pollution and air quality in the market before and after the installation of the new cookstoves and fish smoking ovens. 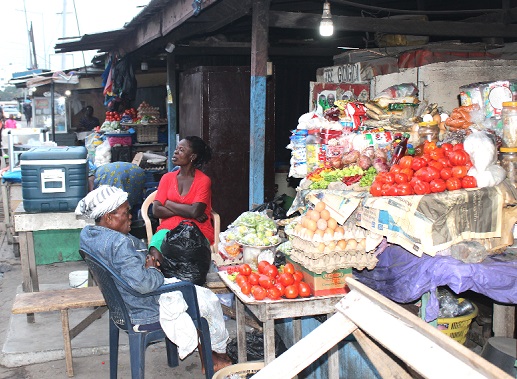 The study also established that most of the fish smoked there tended to have a very sour taste and looked very dark, signifying the deposition of polycyclic aromatic hydrocarbons (PAH) compounds or soot on the fish.

“This occurs as a result of the incomplete combustion of organic products and has a high tendency of causing cancer in humans,” it said.

Barely four years after the new improved cookstoves and smoking ovens were installed, the beneficiaries of the GH¢50,000 project are today enjoying the benefits of the equipment, which has reduced charcoal and firewood use by at least 60 per cent.

Ade Kottey, a fish smoker, is happy the new fish smoking oven she uses now emits less smoke and uses less firewood, helping her to save at least GH¢20 on charcoal or firewood daily.

Another beneficiary, Mary Akweitey, who fries fish, said “my cookstove now cooks in less than half the time I used with the old cookstoves and I am exposed to less heat and smoke.”

Throwing light on her motivation for the project, Dr Agyeman-Rawlings said as a medical doctor she promised the women during her campaign in 2016 to help replace the old cookstoves and smoking ovens.

“It was unbearable to see smoke covering the market like fog, with women and their children who played around, breathing in smoke, which is so detrimental to their health.

“What happens in this market impacts a lot of people in this community,” she said, and expressed happiness that a number of women, who were engaged ahead of the phase one of the project, had embraced the initiative.

“The idea is to let other women see changes in the life of those who have chosen to participate in the project meant to ensure that a reduction in carbon emission is a tangible one, and also reduce carbon footprint as a constituency.

“This is a win-win outcome, because we have market women who themselves are saving money on the amount of fuel they buy to cook, reducing their exposure to toxic carbon emission and chemicals,” she said.

Dr Agyeman-Rawlings expressed her determination to help reconstruct the market soon, to improve upon the ventilation system.