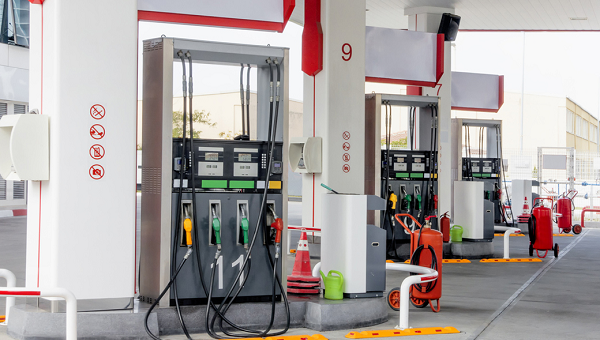 That pump (filling station) attendants cheat customers cannot be under-estimated. Amid the ever-rising fuel prices in the country, the least treatment one expects at a filling station is to be short-changed by the attendants.

Unfortunately, this has been the case at many filling stations in Ghana. My interactions with pump attendants, across the major Oil Marketing Companies (OMCs) over the years revealed the following as their modus operandi:

• Taking advantage of customers who are not watching the screen to manipulate the figures in order to cheat them.

• Using another attendant to engage the attention of the customer so as to get the opportunity to cheat him or her.

• Hanging the nozzle in a manner that the previous sales figure on the screen would not be totally cleared, then the nozzle is lifted and used again for the next sales.

For instance, if a customer requests GH¢350 worth of fuel, a previous sale of GH¢50 would still remain on the screen as a result of hanging the nozzle cleverly; and that is used to start a new sale instead of starting from zero.


Thus, the customer will actually be served with GH¢300 worth of fuel instead of GH¢350 requested.

• Adjusting the dispensers with the aid of pump mechanics in order to under-serve the customer.

• Connivance with drivers sent by clients to under-serve them, but issuing receipts or filling coupons to indicate the exact quantity requested by these clients.

My checks also show that management of OMCs and filling station owners do not take it kindly with attendants caught cheating customers.

Yet, the act is still rampant at many filling stations. So what is the motivation behind this never-ending phenomenon? Here are my findings:

Low salaries: The average net salary per attendant in the country is around GH¢500. Little doubt, all the attendants who spoke to me mentioned low remuneration as the key reason for which they cheat customers. According to them, food takes almost all their salaries.

What is left is hardly sufficient for transport to and from work, let alone to take care of other basic necessities. As a result, they are left with no other choice than to cheat against their conscience.

Dishonest customers: Some customers buy fuel but drive away without paying, while others make payment with counterfeit money. Some also request a specific quantity of fuel, but after they have been served, turn out to say they requested less and can only pay for what they claimed they requested.

“If the customers can be so dishonest, then it is equally good that attendants also cheat them to cover up any financial losses they incur,” they said.

Cash shortages: At the close of work, total cash collected plus credit sales should equal total value of fuel that passed through the pump; but this does not always happen, resulting in shortage of cash, which the attendant in question is compelled to pay.

The shortages may be due to faulty pumps or accumulation of some pesewas that may not have been collected from customers who buy in litres. They, thus, cheat customers to cover up the cash shortages.

It is true that many OMCs are struggling to survive the intense competition in the sector and, therefore, are unable to make any meaningful profit.

Additionally, strict supervision by station managers will be required to ensure the eradication of cheating at the filling stations. Since managers are not always at the forecourts, it behoves customers to be vigilant while being served.

This will prevent the attendants from making any attempt to cheat them. OMCs can train the attendants on how to identify counterfeit currencies so that these will not be accepted for payments.

They can also train them to be attentive regarding customer tricks so that they are not overtaken by events.

The writer is the CEO, Newkad Consult. E-mail: This email address is being protected from spambots. You need JavaScript enabled to view it.