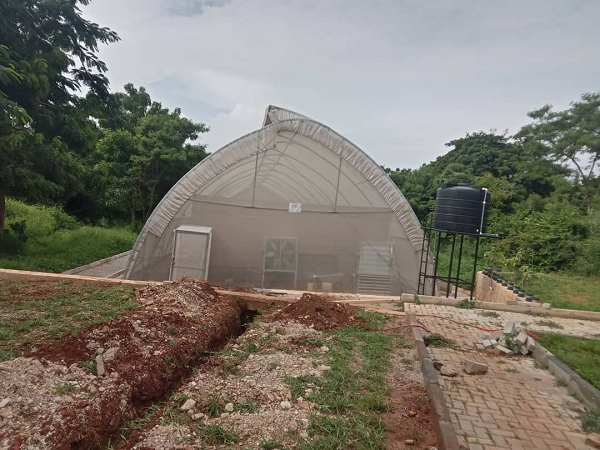 Malaria sphere at the University of Ghana
30.5k Shares

“No single tool is the magic wand to end malaria transmission in Ghana and by extension, Africa. We have to embrace other tools—we need an integrated approach, including gene drive to eliminate malaria”

The above statements were made by Dr Fred Aboagye-Antwi, the In-Country Principal Investigator for Target Malaria team in Ghana. For Dr Aboagye-Antwi, who is also a Senior Lecturer in Medical Entomology and Parasitology at the Department of Animal Biology and Conservation Sciences (DABCS) of the University of Ghana, malaria elimination is possible but demands a lot of commitment from all stakeholders.

“If we relax on our efforts, malaria can go out of hand. We need to bring all stakeholders on deck,” he argues, stressing that malaria stakeholders include everyone “since we are all affected by malaria in one way or the other.”

Malaria is one of the most severe public health problems globally, particularly in Africa—sub-Saharan Africa. It is a leading cause of disease and deaths in many developing countries, where young children, particularly those under five years and pregnant women are the worst affected. This is because these children, have not fully developed immunity to malaria yet, and pregnant women have, immunity that has been affected by pregnancy. 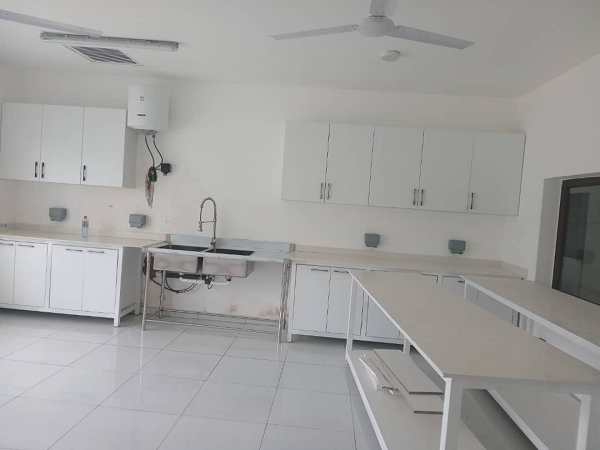 According to the 2021 World Malaria Report, nearly half the world’s population lives in areas at risk of malaria transmission in 87 countries and territories.

In 2020, for instance, it is estimated that malaria caused 241 million clinical episodes, and 627,000 deaths. Sadly, an estimated 95 per cent of the deaths in 2020 occurred in the WHO African Region, most of the victims being nationals of Sub-Saharan African countries, according to WHO numbers from World Malaria Report 2021.

Within the last decade, increasing numbers of partners and resources have rapidly increased malaria control efforts in the world’s endemic areas. This scale-up of interventions has saved millions of lives globally and cut malaria mortality by 36 per cent from 2010 to 2020, leading to hopes and plans for elimination and ultimately eradication. But these improvements have not been seen in Africa.

The costs of malaria – to individuals, families, communities, nations – are enormous. Malaria still remains a major public health problem in Ghana and by extension, Sub-Saharan Africa, where according to data by the World Health Organisation (WHO), is home to 950 per cent of malaria cases and 962 per cent of global malaria deaths and the figure is contained in the World Malaria Report of 2021.

In a study titled: "Estimating the risk of declining funding for malaria in Ghana: the case for continued investment in the malaria response" published on June 10, 2020, via www.malariajournal.biomedcentral.com, estimated that it will cost Ghana $961 million between 2020 and 2029 to eliminate malaria.

Even though many malaria control interventions have been rolled out in Ghana in the last two decades, malaria still remains one of Ghana’s main causes of mortality and morbidity.

Approximately 70 per cent of the world's malaria burden is concentrated in just 11 countries – 10 in sub-Saharan Africa. The countries are Burkina Faso, Cameroon, Democratic Republic of the Congo, Ghana, Mali, Mozambique, Niger, Nigeria, Uganda and United Republic of Tanzania. The 11th country is India. 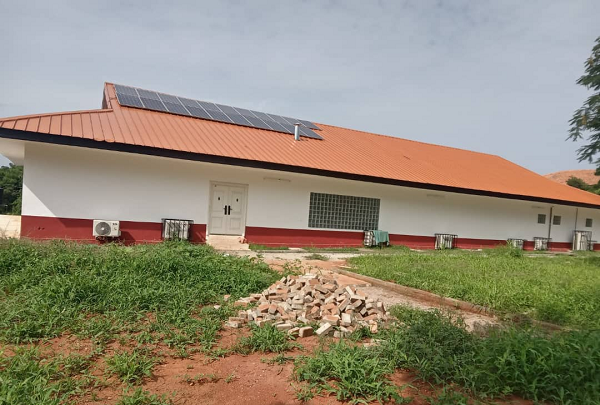 Considering the high burden of malaria cases in Africa, particularly in Sub-Saharan Africa, research scientists in the Sub-Saharan countries are collaborating with their counterparts around the world to research into how genetic solutions could be used to fight malaria transmissions on the continent and the world as a whole.

One such genetic solution is a new technology called gene drive. Target Malaria is one of several research projects worldwide looking to potentially use gene drive in the future as a complementary tool to existing vector control tools.

Target Malaria is a not-for-profit research consortium that aims to develop and share new, cost-effective and sustainable genetic technologies to modify mosquitoes and reduce malaria transmission.

The overall goal of Target Malaria project is to reduce the population of malaria-transmitting mosquitoes in sub-Saharan Africa in order to stop the transmission of the disease.

The reason behind this concept is that even though there are more than 3,500 species of mosquito worldwide and 837 in Africa, only three very closely related species are responsible for most transmission of the disease— Anopheles gambiae, Anopheles coluzzii and Anopheles arabiensis. Only female mosquitoes bite to feed their eggs.

Target Malaria is therefore using gene drive approach to reduce the population of these deadly mosquito species that transmit malaria in Sub-Saharan Africa.

A gene drive is a type of genetic engineering technique that modifies genes so that they don’t follow the typical rules of heredity. What it means is that gene drives significantly increase the likelihood that a particular suite of genes will be passed onto the next generation, allowing the genes to rapidly spread through a population and override natural selection.

Gene drives basically biases inheritance so that a genetic modification has over 90 per cent chance of being passed to offspring (instead of the 50 per cent chance with natural selection). The approach has received a lot of attention in recent times, following the invention of the Clustered Regularly Interspaced Short Palindromic Repeats (CRISPR) gene editing—which allows scientists make precise changes to DNA in the lab.

A CRISPR gene drive works by inserting the gene editing tool itself into a chosen segment of the mosquito's DNA. From there, CRISPR induces the cell to copy the package onto the matching chromosome.

It is important to note here that like humans, mosquitoes have two copies of each gene, one from each parents. With the gene drive, mosquitoes with two copies of the genetic modification will not have offspring.

There are two broad approaches to which the gene drive technology could be applied to fight malaria carrying mosquitoes—suppression and replacement.

“Suppression” here means that the drives are designed to affect the fertility of mosquitoes (either with a male bias or female sterility), with the effect of shrinking a population of mosquitoes.

Another group of scientists are working on “replacement” have been developing a gene that makes mosquitoes resistant to the malaria parasite, so they don't transmit to humans.

Dr Fred Aboagye-Antwi, the In-Country Principal Investigator for the Target Malaria team in Ghana, who is also a Senior Lecturer in Medical Entomology and Parasitology at the Department of Animal Biology and Conservation Sciences (DABCS) of the University of Ghana, explains the role of the Ghanaian scientists and that of other Africans toward the use of gene drive technology to fight malaria in Africa. 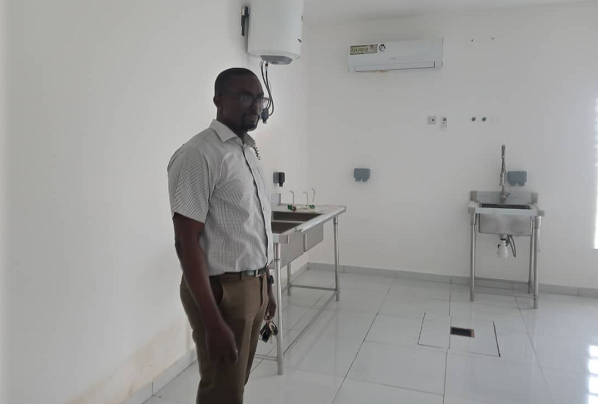 It is important to mention that in 2020, the African Union’s High-Level Panel on Emerging Technologies singled out gene drive mosquitoes as one of three priority technologies to contribute to malaria elimination.

Dr Aboagye-Antwi explains that because gene drive (mosquitoes) could alter the traits of entire populations of organisms, they represent a potentially powerful tool to reduce the population of malaria carrying mosquitoes enough in order to stop the transmission of the disease.

For him, combining gene drive with genome editing techniques,  several research teams are able to genetically modify the Anopheles mosquito genome and push modifications through the natural mosquito population to either suppress the population or replace it with genetically engineered mosquitoes.

He said African-based scientists in Ghana, Burkina Faso, Mali and Uganda, are working on various aspects of the Target Malaria’s gene drive initiative, adding that Burkina Faso has carried out the first phase of the project by conducting a small-scale experimental release of non- gene drive genetically modified sterile male mosquitoes in 2021.

Target Malaria is using a phase approach to the development of its technology. The first phases involve working on genetically modified mosquitoes (sterile male and male bias) that do not carry the gene drive technology. There are currently no gene drive mosquitoes in Africa.

Dr Aboagye-Antwi said although Ghana is currently not working on any gene drive mosquitoes, Ghanaian scientists are carrying out research work to answer some questions relating to the technology, hence contributing to the overall project.

He explained that the Ghanaian team is carrying out ecological observatory study to identify the role of the Anopheles gambiae mosquito in the environment. Another project done in Ghana is to rearing protocols for male mosquitoes to enhance fitness, mating competitiveness, effective packaging, transportation and release mechanisms to ensure the future success of the implementation of such a technology.

For him, gene drive “is a non-invasive tool to fight malaria infections” and that “with gene drive, we are hoping to develope a potential tool that could contribute towards the future elimination of malaria.”

He, however, said although the technology presents a great potential, it ought to be well regulated by national, regional and international authorities, as well as supported by the affected populations in malari-endemic countries. The Ghanaian scientists on the project have a stakeholder engagement and communication strategy that involves working closely with all government bodies, including Wildlife Division of the Forestry Commission, the Environmental Protection Agency and the National Biosafety Authority; as well as rural communities where ecological research activities take place.

He also called on African governments and development partners to build the capacities of African scientists to be able to contribute to such scientific investigations.