What is use of Math? 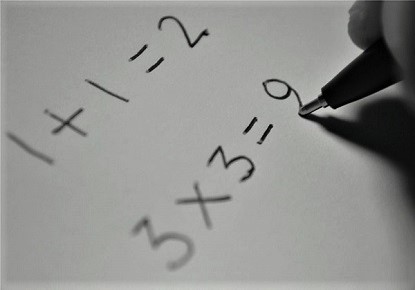 Mathematics is undoubtedly one of the few subjects which has gained more enemies than lovers in primary, junior high, senior high, and to some extent, tertiary students.

Leaders regard it as a waste of time, yielding nothing better after school. Circle Theorem, they would say, won’t put money into their pockets.

Even with their complaints about the subject, they ironically deploy the use of maths in their day-to-day activities. If they are to give a vendor a twenty cedi note and buy “waakye” (a local meal) for say 10 cedis, and they receive a change of two cedis instead of 10 cedis, these same people would call the vendor names because of her miscalculation as if that isn’t an act of mathematics.

In the book, Think Big (pages 233 – 234), the author, Prof. Ben Carson, gives an interesting twist to ward off people’s anathema to mathematics.

Although Curtis Carson (Ben’s older brother) had no problem with mathematics, he wasn’t just enthusiastic about geometry and geometrical designs.

More than once, Curtis complained about a geometry homework he had to solve, during their days as kids. His ranting was that the geometry problem was too arduous and irrelevant.

But their mother (Sonya Carson) struck her foot down and had her son (Curtis) become doughty, despite his protests on geometry and geometrical designs by saying, “Know it better than anyone in the class.”

Through perseverance and being studious, Curtis conquered the fear and anathema he had for geometry, and started scoring excellently.

“Curtis, who later attended the University of Michigan, had no idea that such skills and knowledge would be a requirement to get into his field.”

He would later become a well-accomplished aeronautical engineer. He designs aircraft brakes for major engineering firms. “His work calls for him to use a wide variety of geometrical formulas and analytical skills.” So imagine he hadn’t taken geometry seriously? He would be caught swimming in the phrase, “had I known”.

In the golden ages of Islam, Muhḥammad ibn Mūsā al-Khwārizmī, known as one of the greatest mathematicians of all time, came up with not just Algebra but Algorithm. He revised Ptolemy's Geography, listing the longitudes and latitudes of various cities and localities.

He also made important contributions to trigonometry, producing accurate sine and cosine tables, and the first table of tangents.

Today Al-Khwārizmī works, especially algorithms. Without it the world wouldn’t have had laptop, bus schedules, global position system (gps), facial recognition, Spotify, Google search, Facebook, online shopping, and the phones with which those who say maths is ‘useless’ use to pass their ‘irrelevant’ comments.

So, the essence of mathematics manifests itself in all spheres of man’s life. But lately, it is seen as irrelevant.

If maths isn’t a relevant subject, like knowing the right proportion of cassava corn and water, for “kenkey” there would have been a challenge. In case we are blinded, the kenkey seller does make good use of ratio and proportion.

John Forbes Nash once said: “You don’t have to be a mathematician to have a feel for numbers.”

The writer is a poet. E-mail: This email address is being protected from spambots. You need JavaScript enabled to view it.