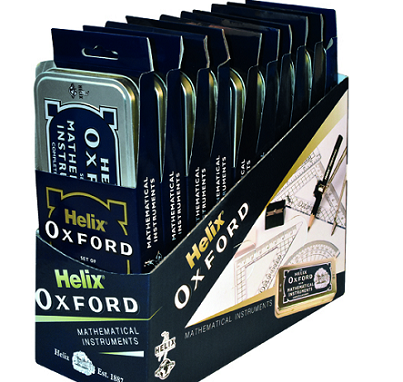 There are two kinds of talk. One is social media talk, the type so base even the talkers themselves strain to go anonymous; of course, with the exception of those who have convinced themselves that noise is equal to wisdom or that popularity is fame.

Dr Dominic Ayine is not a social media commentator. He is an MP and lawyer; indeed, a PhD in Law, one time the Deputy Attorney-General of Ghana.

That is why though my subject today is about the national shame of importing mathematical sets. I need a few inches of precious newspaper space to put across a plea to Dr Ayine.

Following the unanimous decision of the Supreme Court last Tuesday to dismiss an application that sought leave for petitioner, John Mahama, to reopen his case in the ongoing election petition and to subpoena the Electoral Commission Chair, the learned Dr Ayine accused the Supreme Court justices of having “a pre-determined agenda” in the case.

For a learned lawmaker, I think he descended too low into the abyss where only the thoughtless dwell — where he must not be proud to belong.

For the nice gentleman that Parliamentary Correspondents say he is, I fear that Dr Ayine allowed himself to talk like your typical social media commentator not acquainted with the profound doctrine of the 17th century English philosopher Thomas Hobbes, who advocated a political and social order away from a “state of nature”.

Meanwhile, if he had allowed himself to place his two hands on his heart,  Dr Ayine would have remembered that in a number of rulings, the same panel had ruled in favour of his client, John Mahama, and that in doing so they did not have a “pre-determined agenda”.

Supreme Court justices are not infallible—in Ghana, we have seen some judges take bribes—but it is very unlikely that seven judges can either all be NPP or have all agreed to be influenced with a bribe.

As I indicated earlier, this issue is only a little deviation.  My beef this morning is about the 2019 action of government using $3.2 million of money we didn’t have, to import 853,009 units of Kapek scientific mathematical instruments for 2020 WASSCE candidates.

All to what end? In seeking approval from Parliament, the Minister of Education said it was to prevent students from sending their own mathematical sets by which means they enter examination centres with foreign materials and unauthorised gadgets.

That is not all. According to government, the WAEC mathematical sets would “improve rating of certificates issued by the examining body and boost confidence in Ghana’s educational system, among others.”

Were we under a spell? How could the over 17 million intelligent people of Ghana have allowed this economic rape to take place!

My question to President Nana Addo Dankwa Akufo-Addo is: what shall we import to prevent the now prevalent practice of students scribbling ‘appor’ on their thighs? Buy them imported jeans?

How do we prevent parents from levying themselves to raise money to influence “difficult” exam invigilators? Anything to import?

Meanwhile, government had convinced Parliament that the situation was so dire that the contract for importing the maths sets had to be sole sourced because they had to arrive early enough to enable students to get acquainted with the devices and use them in the 2020 WASSCE.

Yet, fellow taxpayers of Ghana, with all the rush, the maths set and calculators did not arrive on time to be used in the examinations in 2020.

What do we find now? Parliament imports chairs from China. In 1961, Kwame Nkrumah gave a gift of State Chair, made in Ghana, to the Parliament of Trinidad and Tobago for use by the Speaker. The chair is still in use. What a shame, were it not so pitiful?

The writer is the Executive Director,

Centre for Communication and Culture,