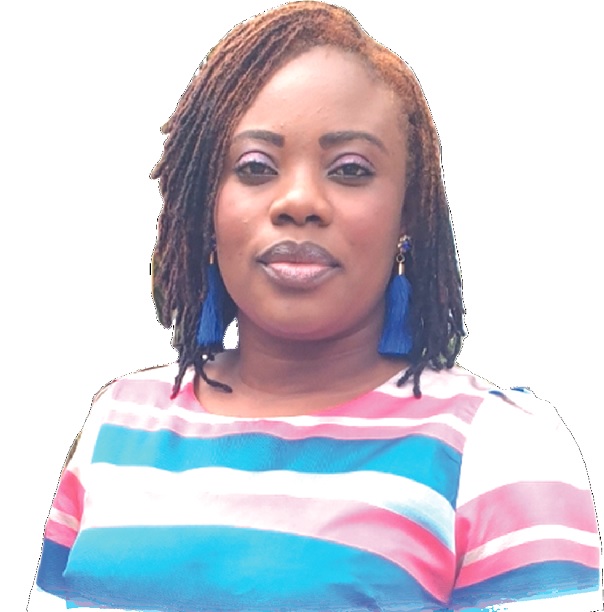 Losing a child is one painful memory etched in the minds and hearts of parents forever.

There are even cases where some parents also die or suffer life-threatening conditions following the death of their children.

Also in our part of the world, people are not comfortable discussing personal or family health issues, especially ones that lead to the death of a relative.

Barely four days after losing her seven-year-old daughter to Wilms' tumor, the most common type of kidney cancer in children, Mrs Jane Williams Turkson started a campaign to create awareness of the condition and other forms of childhood cancers and also to support other parents and children currently going through treatment.

Through her Facebook page, Vivat Turkson’s Diary (named after her daughter), she chronicles their journey; from when her daughter was diagnosed, their treatment processes, including surgeries and chemotherapy sessions, to finally losing her on July 2, this year.

Jane, as she prefers to be called, told The Mirror that although she may not recover fully from the grief of losing her only girl child, she had decided to embark on such a journey because of what she experienced during their year-long treatment at the Pediatric Oncology Unit of the Korle Bu Teaching Hospital.

“Till my daughter was diagnosed I had no idea of childhood cancers and what children and their caregivers go through. When Vivat was diagnosed last year, some family members and close friends didn’t even know of her condition. It was after her death when I started this campaign that many got to know of what we had been through. 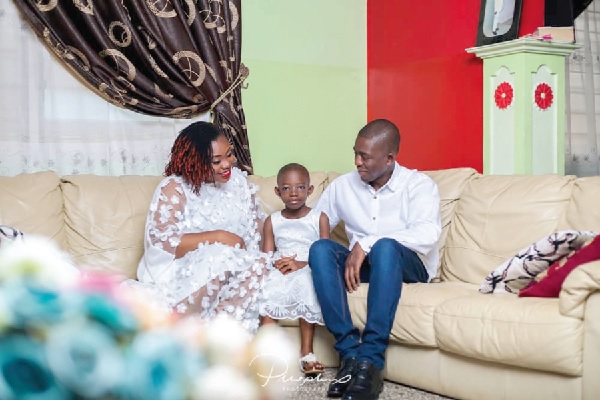 Jane Williams Turkson with her husband, Theophilus Turkson and their late daughter, Vivat

“I just couldn’t keep quiet and not share our journey, we had just lost our daughter and that was not reversible but I felt I could use our experiences to shed more light on the condition, provide support for families going through similar situations and also raise funds to support families who can’t bear the cost involved,” she explained.

Vivat’s journey
Jane recounts that her daughter showed no signs of illness until she (Jane) picked her up from school looking pale.

Usually, Vivat will run to the car with her friends but on this particular day, she leaned against the wall while her friends run to her mother.

Later, Vivat’s senior brothers explained that she told them she fell when one boy in her class crossed her during playtime.

Unknown to her parents, the tumour had started growing on her kidney and the fall triggered pains in her abdomen.

Further medical assessment of her swollen abdomen revealed she had Wilms’ tumour, and to make matters worse she was born with a single kidney, a situation unknown to her parents till she was diagnosed.

“The tumour usually affects one of the kidneys and the best practice is to remove that whole kidney, radiate that area and put the child on some chemotherapy. A transplant will be considered when the child is of age to support the other one. But Vivat had a single kidney, which scared me,” Jane who had spent days researching her child’s condition online said.

The days, weeks, and months after her diagnosis were made up of hospital visits, different scans, surgeries, chemotherapy and radiotherapy sessions.

Jane and Vivat had to commute from Cape Coast where they resided for each of their appointments and treatment sessions as the Cape Coast Teaching Hospital did not have the facilities needed to treat the condition.

When Vivat started treatment, they had to book hotels in Accra as some of the sessions were three days apart and they couldn’t go back to Cape Coast after each treatment.

Due to her condition, Vivat had to stay out of school but insisted that she be kept up to date with her mates so she was homeschooled and took her examinations.

“When we were referred to Korle Bu, I saw lots of children there and it surprised me. Some had lost both eyes due to cancer, some had their limbs amputated while others walked about with big bellies like they were pregnant.

The aura at the facility was depressing. To see these children and not being able to help them and also to hear them scream in pain when they were being attended to made me weep uncontrollably for the first time.

Upon investigation, I got to know that many of these children had parents who couldn’t afford the cost of treatment. The National Health Insurance Scheme (NHIS) covered a few IV fluids but the cost of diagnosis, medication and other treatment procedures has to be financed by the parents.

As a result, families who couldn’t afford treatment stayed at home or resorted to alternative treatments which only worsened the condition,” she explained.

“I am very grateful to the team at Korle Bu for their support, professionalism and encouragement during our stay there and also to Dr Ella Amoako, a Pediatric Oncologist at the Cape Coast Teaching Hospital.

"I’m also thankful to individuals who have supported my cause through monetary donations and words of encouragement. They mean a lot to us. After the official launch, we would set up a team made up of health experts who would assist us in assessing cases and the kind of support we can provide for them.
"We can be reached through our Facebook page; Vivat Turkson’s Diary or through our website ; www.vivatturksonfoundation.org.” she stated.