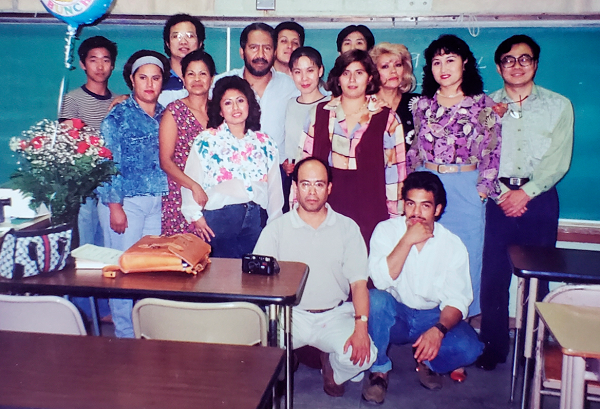 Teaching Critical Thinking courses over the years often led me to open a Pandora’s Box of memories from which I mined personal experiences — in Ghana or the United States (US) — to use as illustrations to explain particular standards under discussion.

For this column - on the Essence of fairness — one of such memories came from an episode from an ESL (English as Second Language) class I taught for about eight years at the Dibble Adult School. It was my second job, an evening class — from 6:30 p.m. to 9:30 p.m. — in a district halfway between my day job and home. My first job — from 8a.m. to 3 p.m. — was in East Los Angeles.

I was quite young and brimming with energy. What my iconic Headmaster Francis L. Bartels (1910–2010) was to recognise in my later years, with this advice he sent through an email from Paris: “You have an obsession and it’s a good obsession. Bon courage!”

The class was for immigrants seeking US citizenship and were required to learn the English language in order to understand the US Constitution, read road names and signs to pass driver’s tests, learn to fill out application forms for jobs, etc.

Many arrived in the US with little or no knowledge of the English Language. Enrolment for each semester was mixed and unpredictable, with clusters of new students from everywhere. One evening, as I was about to enter the class, I was approached by a student who was visibly upset.

He had been waiting for me on the quiet to share a grievance that particular students had ganged up on him to ridicule his religion.

That happened only occasionally but this time around I had to do something about it.

In accessing thinking for fairness, we need to focus on questions such as these: Are my beliefs justified without considering the ideas and beliefs of others? Are my assumptions about others correct without a coherent understanding and evaluation?

Is my behaviour appropriate in forcing the perceived superiority of my faith on others? Am I using my beliefs to bully, denigrate or manipulate others?

Most importantly, has one’s own unalloyed beliefs blocked their cognitive ability and made them unwitting victims in their choices? Absolute submission to parochial beliefs and narrow interests tend to blind and lock up adherents in a narrow cocoon on the outer fringes of the larger world.

In learning the tools the best thinkers use, Richard Paul and Linda Elder caution that we need to be aware of “the powerful nature of self-deception in human thinking. It is easy to deceive ourselves into thinking our ideas are fair and justified, when in fact we are refusing to consider significant relevant information that would cause us to change our view”. We hold on grudgingly to clutches in order not to upset our selfish or parochial interests.

In the same vein, Adam Grant, in his book, Think Again, notes that “Our beliefs are like pairs of reality goggles. We use them to make sense of the world and navigate our surroundings. A threat to our opinion cracks our goggles, leaving our vision blurred. It’s only natural to put up our guard in response … we become especially hostile when trying to defend opinions that we know, deep down, are false”.

Back to my student’s concerns, I realised that issues about traditions and cultures — especially religious beliefs - were dicey; and my mandate was not to teach religion but English — as designated in my contract and braced by my teaching credentials which in the US are registered through the county court system.

Still for fairness in addressing students’ concerns, I had to find a way out of the maze without lecturing them or taking sides. My credibility was on the line.

Without knowing whether I was religious or not, they looked up to me to resolve such issues.

I realised that secular humanism is a life stance that embraces human reason and avoids religious dogma, supernaturalism, and superstition as the basis of morality and decision-making. So that was one tool in my quiver in handling the sensitivity of religious cultures.

Another resource in the quiver was an idea I got from an earlier visit to a Bahai Temple in Wilmette, in the state of Illinois. For the Bahai, all religions — from east to west —emanated from a single providential source, and that divinity flowed from one eternal spring.

I made a long story short by getting each student to come to the front of the class, and as best as they could, to do an oral presentation — as an exercise in spoken English — about their countries and the various religions there.

The next presentation exercises were group works each comprising of a selected mix of religious devotees. Students were required — in their own free time — to visit the various Christian churches, synagogues, temples, mosques, shrines, etc.

By the end of that semester, lasting friendships had been made all around.