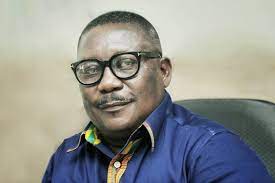 I had been with The Mirror for close to 22 years and rose through the ranks to become the Assistant Editor.

In my estimation, my team members and I had worked assiduously to make The Mirror visible and a success on the market as the ‘most popular weekly’.

In view of that, I least expected to be ‘uprooted’ from the stable of the brand, particularly when management had decided to change the circulation from Saturday to Friday for the benefit of readers.

The decision to change the circulation day did not sit well with the majority of members of The Mirror, because we thought there was no scientific basis for that decision.

Indeed, colleagues of The Mirror and myself did not conceal our sentiments. We made them known to management, which prompted the then Director of News, Mr Yaw Boadu-Ayeboafoh, to attend one of our editorial meetings to caution the team that our core duty was to produce the paper, while management determined which day to circulate it.

Although we had strong views on the issue, we had no power to challenge the decision of management and, therefore, had to work towards the Friday edition.

While gathering materials (interesting ones of course) to make the impact on our readers, particularly as the Friday Mirror was going to compete with mainstream politically biased newspapers for attention, some strange news was brewing in the News Department.

The news was that a tsunami was about to happen where some senior journalists, as well as those on special ‘beats’, were to be transferred.

I heard the rumours but least suspected that I would be a casualty.

One Friday afternoon in September 2013, while getting ready for a joyous weekend, I was handed a letter, and when I opened it, I read in disbelief my transfer from The Mirror to the Junior Graphic as the Assistant Editor.

I was dumbfounded. Speechless! Immediately, I concluded that my transfer was not well intended.

I later found out that the architects behind the transfers had really targeted those of us at The Mirror who spoke vehemently against the change in the circulation day.

Jojo Sam was sent to Graphic Showbiz, while Rebecca Kwei was also transferred to the Junior Graphic.

What was intriguing about the transfers were that two presidential correspondents in the Jubilee House (Flagstaff House as it was then called) were also transferred. Musah Yahaya Jafaru was moved from the President’s office to Parliament, while Timothy Gobah, then in the Vice-President’s office, was transferred to Cape Coast.

Two firebrand reporters, Michael Quaye and Dan Kenu, both of the Graphic Sports, were sent to Wa and Kumasi respectively, with most staff of Graphic believing that it was punishment for their outspoken stance on a time and attendance clocking system that had been introduced.

Other reporters, including Kwame Asare Boadu and George Ernest Asare, were brought in from Kumasi, Chris Nunoo from Wa.

Indeed, it was a massive shake-up that affected all facets of the News Department.

I was not happy with my transfer to the Junior Graphic. What baffled me most was that the transfers, we later got to know, were not discussed with any of the brand managers under who these reporters worked.

We heard it was a unilateral decision by the then Managing Director, Dr Ken Ashigbey, with the tacit endorsement of my bosom friend, Mr Ransford Tetteh, then Editor of the Daily Graphic.

No matter how much I tried to suppress the pain and gear up for my new office, it was not easy. The pain would not go.

The Sunday after I was handed the letter, I even went to church and prayed to God to help me accept the reality that I had been moved out of The Mirror and that there was no turning back.

However, I still felt it was within my rights to know why management had decided to move me from The Mirror.

I came out of the church and called Dr Ashigbey and asked him why he had moved me from The Mirror despite the task given me to drive the change of the circulation date of The Mirror from Saturday to Friday.

He attempted to justify the transfers by saying it was not a personal vendetta or an act of vindictiveness. He assured me that it was a decision taken in the interest of the company and that if later on management realised they were not working, there was the possibility of reversing same.

The next day, Monday, I again went to Mr Tetteh to demand an explanation, and he also told me it was a management decision and he had no hand in the exercise.

I accepted the challenge and put in extra effort by ensuring that the team had the best of human interest stories for six weeks.

Within that short period, figures from the Sales and Circulation Unit indicated that the paper had exceeded its target by 16 per cent.