Too much water can kill you! 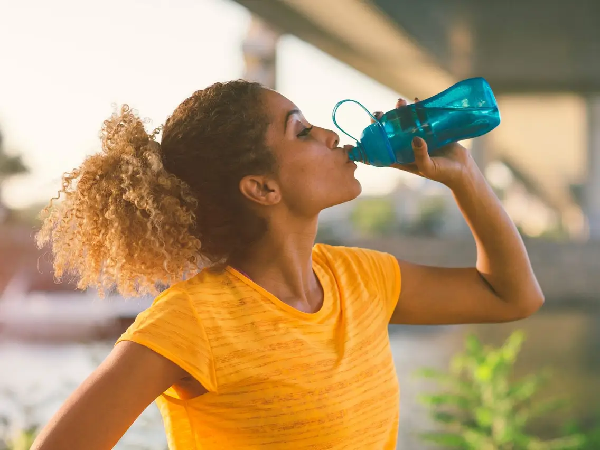 Too much water can kill you!
30.5k Shares

When you drink too much water, your kidneys can't get rid of the excess. The sodium content of your blood becomes diluted. This is called hyponatremia and it can be life-threatening.

The term ‘water intoxication’ is generally used to refer to hyponatremia that occurs due to the consumption of excess water without adequate replacement of sodium, as may happen during strenuous exercise.

Hence, hyponatremia implies low sodium levels in the blood (the term, which has Latin and Greek roots, literally means “insufficient salt in the blood”).

How much water is too?

Many factors can affect how well someone is able to excrete (remove) excess water from their body in order to avert hyponatremia/water intoxication:

• In one case study, Farrel and Bower, 2003, water intoxication was the cause of a 64-year-old woman dying due to severe hyponatremia.

She drank 30 to 40 glasses of water within several hours before going to sleep.

Because she was experiencing delusions, she kept drinking more and more water even though she was vomiting and not feeling well.

• Also in 2014, The Daily Mail reported that a 17-year-old high school football player died from water intoxication after drinking four gallons of fluids to stop cramps during practice.

• Gardner, 2002 study, which includes many military personnel, reveals water intoxication and three deaths as a result of over hydration and cerebral oedema proved a correlation with more than five liters (usually 10-20 L) of water being consumed during a period of a few hours.

• Also in 2007, Scientific America published an article that mentioned a 28-year-old women who died after engaging in a water-drinking competition in which she consumed an estimated six litres of water in three hours. The same article pointed out a 2005 study that was published in the New England Journal of Medicine that states: “One sixth of marathon runners develop some degree of hyponatremia, or dilution of the blood caused by drinking too much water.”

Levy, 2018, agrees that, the treatment for hyponatremia and water intoxication start from regulating fluid levels in the body, especially raising sodium levels.

She notes: “Intake and excretion of salt versus water must be balanced. Keep in mind that while sodium/salt might have earned a bad reputation — mostly because it’s found in highest concentrations in processed foods — sodium is actually an essential nutrient.”
Some of the benefits of sodium include:

• Helping to regulate the amount of water in and around your cells.

• Allowing your muscles and nerves to work properly.

How much water should I drink?

There are conflicting recommendations from studies. However, individual water needs depend on many factors, including health, how active one is are and where one lives.

The Mayo Clinic, 2020, notes: “These recommendations cover fluids from water, other beverages and food. About 20 per cent of daily fluid intake usually comes from food and the rest from drinks”.

Additionally, the eight glasses a day rule is also a reasonable goal (Valtin, 2002), but not scientific. However, Levy, 2018, says, individual should aim to stay within six to seven glasses or potentially more per day. For babies, Johns Hopkins Children’s Centre advises parents with babies younger than six months old to never give their babies extra water to drink.

• Water intoxication is a severe form of hyponatremia, an electrolyte imbalance caused by too little sodium in the body in proportion to water.

• Water intoxication is most likely to occur when someone consumes more than 1.5 litres of water within an hour, especially if they are exercising intensely, have renal failure, kidney damage, diabetes, or a mental condition that affects their judgement.

• Symptoms of water intoxication can include confusion, disorientation, nausea, vomiting, headaches and, in severe cases, brain damage due to swelling, seizures, coma and potentially, death.

• Hydration is important, but to prevent water intoxication and hyponatremia, one should drink the right amount of water in proportion to how much sodium one is losing, to manage underlying health conditions, eat a balanced diet, and pay attention to your thirst. Do not follow water therapy hype just like that!

The writer is an honorary professor of Naturopathic Medicine/President of the Nyarkotey College of Holistic Medicine.