This shouldn’t be all, Bank of Ghana 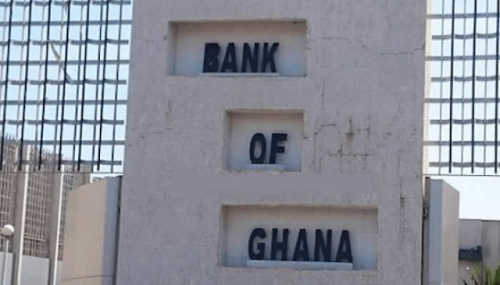 A report by the reputable Reuters news agency says that the London International Court of Arbitration has dismissed a US$478 million case against the Bank of Ghana over a cancelled contract to develop an electronic payments system.

Sibton Switch Systems Limited, a Ghanaian company, brought the case against the Bank in 2018 for cancelling rights awarded it in 2016 to build and operate a system for interoperability in mobile money transactions.

The company had, in 2016, quoted GHc 4.6 billion. Following public uproar, however, the contract was abrogated and handed over to the Ghana Interbank Payment and Settlement Systems (GhIPSS) at a drastically reduced cost.

In reviewing the contract, the Bank found that the Sibton contract was one-sided and that the price charged by the company was 33 times more than the next most expensive bid during the tendering process. Plus, it said, “Sibton had neither acquired the licence nor fulfilled the condition precedent for the effectiveness of the rights and obligations of the parties.”

For me, as a writer, all of the above is not the news. The news is that the Bank, in its review, found that one of its senior staff (name withheld in this column) “accepted a $66,000.00 bribe from Sibton Switch in exchange for facilitating the original agreement”. Whispers are that this was with the connivance of powerful politicians.

I leave readers to find out details about the company, its Ghanaian owners, their political connections and the name of the BoG officer.

For now, I am writing because I am not satisfied with the action taken by the Bank of Ghana against the offending senior officer. I insist that mere suspension over a US$66,000.00 bribe, especially in a transaction with such links to politicians, is too serious a crime against the state to trifle with. It is an insult to the Ghanaians.

The anger of taxpayers will only be assuaged by commencement of criminal proceedings against the officer. In going to court, reliefs sought by the Bank should include a refund of the bribe money or a confiscation of all his landed property in equivalent amount.

What is suspension to against a man with US$66,000.00 bribe money in his pocket?

Ghana cannot balance its books. Nurses, teachers etc cannot get jobs after qualification. Graduates, including Masters degree holders, sit at home for three years because the government cannot find the money to employ them.

Yet, for one contract to procure a system that will ensure efficiency of public transactions and reduce corruption which costs Ghana US$3 billion a year, one person pockets US$66,000.00.

Indeed, one newspaper account says that the US$66,000.00 was only part payment and that further payments totalling another US$500,000.00 were on their way.

And he got off with only a suspension!

Sixty-six thousand US dollars is equivalent to GH¢441,000.00 (Kufuor cedis) or 4,410,000,000 old cedis. It is the type of money that can build a three storey mansion in Accra’s rich neighbourhoods secured with electronic razor barbed wires, two in-situ swimming pools (the shallow pool is “for the children”), a marbled compound large enough to host dinner parties every night for the rest of their lives and a yatch sitting on the Volta Lake for weekend cruise with so called “upwardly mobile” buddies. It is the type of money with which the filthy rich in Ghana fly girl friends to Dubai for weekends.

Ghanaians must shout no to the seemingly unstoppable corruption spree. People, including high ranking politicians, Chief Directors of Ministries, highly educated CEOs of public institutions and government engineers, in collusion with foreign investors, some with PhD in International Roguery and Thievery, are bleeding this country pale.

Is it not an indictment on the competence or reputation of Ghanaian law and detective firms that the US$66,000.00 bribe could not be detected here? Sources say that the Bank of Ghana’s own investigators could not detect the scam; not even our dreaded EOCO. It took BoG’s international lawyers to fly down from London to unearth the concealment.

In another development, not altogether unrelated to above, the Ghana Education Service (GES) has detected fraud in the distribution of the ‘One Teacher One Laptop Project’ ongoing in the Ashanti Region.

Names submitted by officials for the free laptops in the region included fake names, fake identifications, including those of non-teaching staff, retired or separated staff.

We are a nation in the grip of greed. The multiplicity of churches and mosques has failed to change the human heart.

The Public Accounts Committee is all noise and nothing more. Three years ago, there was hope in an Office of Special Prosecutor. Even that did not bite.
O, Ghana!