This is Akote: A town, not genitalia

When one Opanin Yaw Akote of Akuapem decided to migrate from Mamfe Akuapem to settle in the forest zone near Suhum in the Akyem Abuakwa Traditional Area in the Eastern Region in the early 1900s, little did he know that such a location would one day become a big community bearing his name - Akote.

The name, which sounds like the Akan word for the male sex organ – kote, sounds ridiculous to many people both in that community and beyond.

Opanin Yaw Akote, a rich cocoa farmer, found the land suitable for cocoa cultivation after wandering in the forest for sometime, before deciding to settle at that location with his family.

Another factor which motivated him to settle there was the availability of running water, a rivulet nearby which served as drinking water and also for other domestic purposes.

With time, other people came there and the community developed into a big town near Suhum in the Suhum Municipality.

Currently, the community boasts of a population of about 4,000 who are mostly farmers cultivating cash crops such as cocoa and other foodstuff such as maize, plantain, cocoyam, cassava and vegetables among others.

Minority of the dwellers, mostly women, are also into trading in various merchandise obtained from big towns such as Suhum, Koforidua, Accra, Tema and Kumasi.

A former Assemblyman of the Akote Electoral Area, Smith Osaitey, told the Daily Graphic that Opanin Yaw Akote initially decided to name the place “Wopԑ Sԑ Wokyԑ” in Akan, meaning “You want to stay long”, but decided that such a name would be too long and difficult for people to pronounce.

He indicated that Opanin Akote, therefore, settled with his own name Akote as the name of the community which had now been transformed into a centre for commercial activities, with traders and buyers converging on the area periodically to either buy or sell. 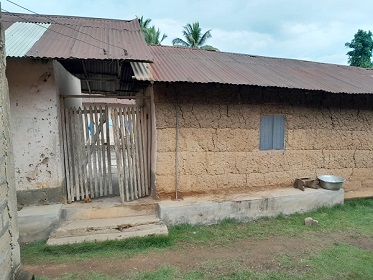 Mr Osaitey said Opanin Akote died in 1941 and could, therefore, not witness the growth and development of the settlement he started.

He, however, refuted claims by people who did not know the origin of the name Akote and, therefore, said the name referred to “kote” in Akan, meaning penis.

He further explained that if the alphabet “A” was taken from Akote, then it would be called kote, which he stressed was actually not the case.

When the Daily Graphic contacted one of the grandsons of Opanin Akote, Atta Akote Pobi, he shed tears and said, “I wish he was alive to see how his own community has developed rapidly.”

He said his grandfather, who was a farmer and trader when he was alive, died before he (Opanin Pobi) was born but his father and mother told him about his grandfather.

He said currently, the community was contributing significantly to cocoa production in the country and producing about 150 to 200 tonnes of cocoa every year.

Opanin Pobi, however, stated that he could not give the exact number of people who were involved in cocoa cultivation.

He, nonetheless, indicated that the entire community was into cocoa cultivation because it was the only source of livelihood for the farmers in the community.