The Wa Naa’s Palace: From round thatched cottage to Sudanese architecture

The Wa Naa’s Palace in the Upper West Region, built in the 19th Century, specifically in 1889, is the home of the King of the Wala people.

The palace is made of mud bricks, sun-dried mud walls and Y-shaped wooden columns that support the flat roof covered with mud.

The frontage comprises buttresses with pinnacles that rise above the parapet.

Its unique design has attracted several tourists to the area over the years. However, the palace has not always been like that. 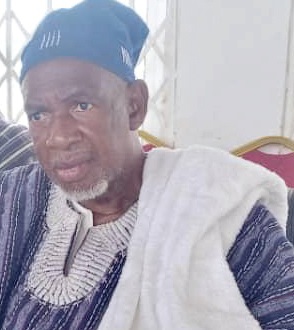 Speaking to the Daily Graphic about the history of the popular palace, the Secretary of the Wala Traditional Council, Naa Kadir Ibrahim, said the first palace was in the form of the Mole-Dagban round thatched cottage.

He recounted that it was when the then Waa Naa, Naa Yamusa Pelpuo III, saw the then Central Mosque at Wa built by the Limanyiri clan whose members had migrated southwards from the Mandingo tribe, as a unique one, that he thought of replacing the old structure.

“If there is to be an outstanding monument of such politico-cultural significance, then that should be the Wa Naa's Palace,” Naa Pelpuo is reported to have said.

As a result, Naa Ibrahim said the king ordered an immediate demolition of the Mole-Dagban round thatched cottage and replaced it with the current western Sudanese architectural palace.

When the Limanyiri clan which can presently be found in Senegal, Mali and Burkina Faso, among others, migrated, they moved along with their culture and built the Central Mosque at Wa as well as the new palace for Naa Pelpuo, Naa Ibrahim added.

Since migrating to their present location at Wa, the traditional authorities have enskinned 34 kings but four of them, including Naa Yakubu Seidu Soale II, Naa Gura, Naa Kpaaha and Naa Yakubu Seidu, lived at the old palace at Fongu.

Out of the 34 kings, eight of them were buried in front of the new palace, with the rest buried at various locations that have now become residential areas.

The palace serves as the official residential property of the Wa Naa who currently is Naa Fuseini Seidu Pelpuo IV. It symbolises the soul of the people of Wa and in times of crisis, it serves as the safest place of abode for the people.

It is also the venue for all the traditionally significant ceremonies of the people such as the Dumba and Jinbenti festivals, enskinment of a new Wa Naa and other paramount chiefs.

The other kingmakers of the Wa skin are the Busa Naa, Kperisi Naa, Sing Naa, Buli Naa, Tendaana and Foriko. The Tendaana chairs the meetings of kingmakers and the convener as well in consultation with other members.

On the politico-cultural arena, it is the headquarters of the Wala Kingdom. Royal blessings and approval are given to all the newly enskinned chiefs at the palace. Therefore, any chief who does not appear before the Wa Naa shall not be recognised.

Apart from that, it serves as a tourist attraction and also showcases the traditions of the Wala people. Shattered by the COVID-19 pandemic, the number of tourists to the palace which was before then about 30 on a weekly basis has reduced.

"On a weekly basis, about 15 tourists visit the site at the moment,” he said.

With the restrictions now eased, the plan is to encourage, develop and get the region involved in tourism development in the country, Naa Kadir said.