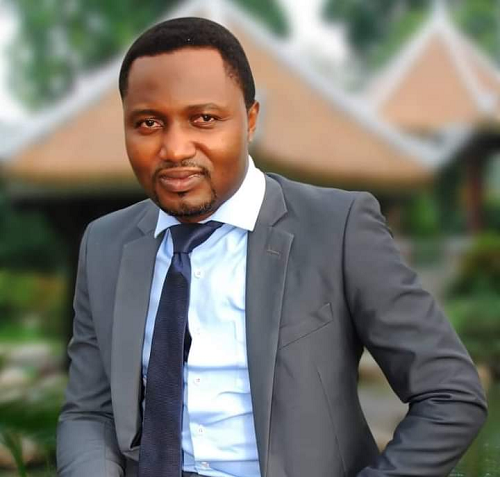 An American Baptist Minister and Civil Rights Activist, Martin Luther King Jr once said, “If a man is called to be a street sweeper, he should sweep streets even as Michelangelo painted, or Beethoven played music, or Shakespeare wrote poetry. He should sweep streets so well that all the hosts of heaven and earth will pause to say, here lived a great street sweeper who did his job well."

This statement arguably fits into the success story of Mr Isaac Azure, the newly appointed acting Registrar of the Regentropfen College of Applied Sciences (ReCAS), a private university located at Kansoe, Namoo in the Bongo District of the Upper East Region.

By dint of hard work and determination, Mr Azure, a former part time Tutor and teacher at the Millar Institute for Transdisciplinary and Development Studies at Bolgatanga and the Bongo Senior High School respectively.

He started as an intern at ReCAS but rose through the ranks to occupy the office.

His appointment took effect from January 4, 2021.

In an interaction with Graphic Online, at the ReCAS office at Bolgatanga, the soft spoken gentleman said he always has at the back of his mind the need to strive to make a positive impact wherever he is placed to work. Truly, the evidence is there for all to see.

Mr Azure's vision is to among other things make both staff and students as well as the ReCAS catchment area appreciate the College as a unique industrial and entrepreneurial institution in the Region.

“Promoting talents among people from all walks of life is one of the key areas I will be focusing on now,” he further stated.

The acting Registrar indicated that he hopes to work closely with management to ensure that all students who graduate from the institution no matter their field of study are equipped with the requisite knowledge and skills in entrepreneurship.

Mr Azure was instrumental in assisting the ReCAS to put in place the necessary structures to ensure that its Business and Career Development Centre was well established.

Under his supervision, the acting Registrar facilitated the creation of the Enterprise Promotion Unit (EPU) which had the core mandate of collating all the business proposals and ideas from students. These proposals were then vetted and endorsed for the students to start their own businesses while on campus.

Through the EPU, students were for the past two years given start-ups to venture into businesses in poultry, gas distribution, shea butter production, pastries and breakfast making.

“We also have a number of proposals from students which we are currently vetting to solicit for funds for them to start their own businesses," Mr Azure noted.

Under his watch, another concept known as Ideation Corners meant to give students mentors to enable the beneficiaries come out with business ideas and concepts was developed.

On campus, Mr Azure with support from management was able to facilitate the establishment of a pure water production unit, a canteen, a garment centre, a printing shop and a mini mart.

Through his efforts and that of management, ReCAS campus Radio station was established and currently waiting to be allocated its frequency from the National Communications Authority to start operation.

In the Bongo district itself, the acting Registrar was tasked to oversee and supervise the installation of equipment at Bongo Community Radio station with support from ReCAS management to effectively disseminate information on the development issues that confront the district.

He was also one of the key people who helped to revive the festival in the Namoo community which was virtually fading out. He together with others, spearheaded a team which came out with the idea of starting a festival known as the “Tisonyeliga” festival.

Indeed one of the many challenges that confronted the ReCAS institution was the deplorable access roads. Mr Azure was also part of the team that had series of engagements with former and current Regional Ministers from 2016 till date to ensure that the access roads are worked on.

The result of those engagements has paid off as the roads have been made more motorable now than it was in the previous years. It will subsequently help to shore up revenue for the district assembly since the Namoo community is a border town.

Interestingly, the humble and unassuming gentleman who hails from Namoo is also a Musician. He composed a peace song during the 2020 electioneering in collaboration with the National Peace Council and the National Commission for Civic Education (NCCE).

He formed a peace advocacy group called “Team Azure for Peace"-he is a man of many sides.

The uniqueness of ReCAS, according to him, also lies in the fact that the institution is equipped with its own 30 Kilowatts solar energy, a technical school, a senior high school, basic school and an ongoing Clinic project-all these were done since the establishment of the institution in 2012 and accreditation in 2016.

He explained that a lot of people are not able “to come to terms with the fact that a young institution such as ReCAS was able to put in place structures within such a short period”.

Between 2015 and 2017 he went in for his post graduate Diploma in Education at the University for Development Studies (UDS) in Tamale.

The acting Registrar is currently pursuing his Doctorate Degree (PHD) in Computational Mathematics at the C.K.Tedam University for Technology and Applied Sciences (CKT-UTAS) formerly referred to as the UDS, Navrongo Campus.