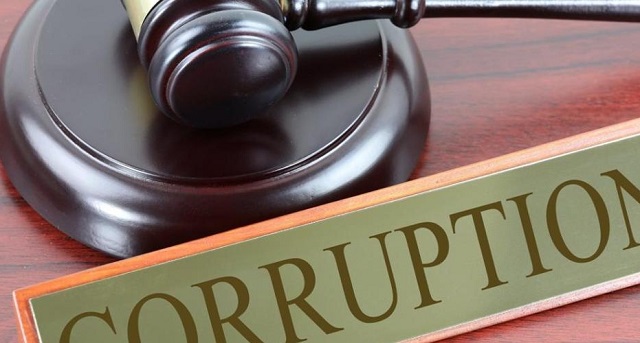 If you don’t know, don’t worry as I will let you know what it is, midway through this piece, for sure.

In our days at the primary and middle schools, ‘RIDDLES’ TIME’ was fine opportunity for teachers, especially pupil teachers to flex the cane a bit on testing the capacities of very young pupils, long before the days of international schools, kindergartens and nursery.

For those of us who do not know who ‘pupil teachers’ are or were: they weren’t qualified teachers from Teacher Training Colleges but had completed Ordinary (O) or Advanced (A) Level examinations and awaiting results or couldn’t qualify for the sixth form or university and have to stay home one more year to try the specific exams again: and then opt to teach at primary or middle schools in their townships. They, those days terrorized pupils of the old primary and middle school system, with the ‘riddles’ time’.

A RIDDLE is defined as a question or statement so framed as to exercise one’s ingenuity in answering it or discovering its meaning; conundrum; a puzzling question, problem or matter; any enigmatic or dark saying or speech; or to propound riddles or speak enigmatically. If one considers CONUNDRUM, then an answer to a ‘riddle’ obviously involves a pun or play on words or better still, anything that literally frustrates, puzzles, perplexes or confuses.

So you can imagine what we were faced with as young as we were then, at our ages during ‘Riddles’ Time’, especially as we were to answer to mysteries, brain-teasers, mystifications, puzzlements, quandaries, complexities, dilemmas, perplexities, posers and predicaments.

The situation we currently find ourselves faced with as a nation or a people, concerning the spate of varied ‘Riddles of Judgement Debts’, with the capacities of collapsing or bankrupting our economy over time, or particularly under the 4th Republican dispensation, is most frightening.

It will be interesting to have an overview of both local and foreign judgement debts our nation, Ghana has had to contend with, as we near three decades (1992 – 2022) of the 4th Republican dispensation, to see the extent of the harm that, the actions and inactions of public and civil servants or public office holders have caused our nation in the area of judgement debts.

Sometimes, the underlying intent would have been plain deliberate, evil, mischief, roguery or impishness, so that there could be the sharing of supposed booty, otherwise why can’t we all be conscientious in the way we handle matters of state or public. Whatever laws we have in our statutes that deal with causing financial loss to the state, especially through judgement debts or plain criminal offences, I think it is about time we rethink the collective of causing financial loss to the state, to ensure we avoid the obscene: that is where the total judgement debts portfolio over the last thirty years would have been more than the totality of all loans secured over the same period for Ghana’s development.

In Ghana, the criminal offences code section 179A of the Criminal Code, 1960 (Act 29), I am informed addresses financial loss to the state, i.e. any person who by a willful act or omission causes loss, damage or injury to the property of any public body or any agency of the State commits an offence.

Layman that I am, I am inclined to equate judgement debts to causing financial loss to the state, amongst other acts, especially where it was commissions (sometimes specifically engineered to take or loot or steal from the state) or omissions. To that extent, it will be prudent that all judgement debts ought to be further investigated by the Office of the Special Prosecutor (OSP) to identify those public or civil officers, whose acts or omissions ultimately led to the judgement debts, and for them to be sanctioned with the total cost of the judgement debts. Once we are able to establish a regime of sanctions against those whose acts and omissions lead to these debts, they will endeavour to always act right in the supreme interest of the State. This should also cover all political appointees at all levels of public or state activities, including Metropolitan, Municipal and District Assemblies (MMDAs) and public institutions.

When public office holders (particularly party appointees), as well as public service employees realize the catch-22 situations go with proper sanctions in the event of judgement debts or causing financial loss to the state, they would definitely work at higher moral standards than their current viewpoint of the State being a fatherless or motherless person, an orphan who does not have any known living relative to fight and insist on the right things, than he / she being only fit for abuse of all sorts, including extreme rape.

This canker is of the worst form, especially as those at the lower end of the LADDER OF STATE are the worst offenders because theirs is just petty thievery, whilst the top end dabbles in huge judgement debts.

This is the ‘Riddle of Who Watches the Watchman’, the cousin of the bigger ‘RIDDLE OF JUDGEMENT DEBTS’.

One area which needs a cleansing of a sort, is the public or civil service; and sincerely the Audit Service isn’t helping, as they are expected to curb such by nipping in the bud these excesses before they reach the level of causing financial loss or judgement debts to the detriment of the entire nation.