The community named Jarigu: But we are not fools 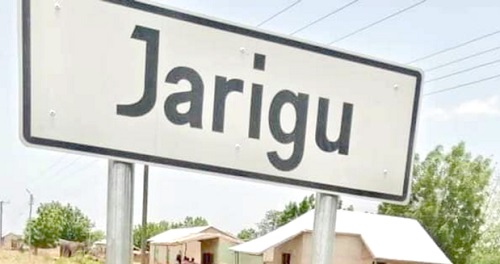 When traditional bonesetter, Mba Jarigunaa, set out to do good to his patients by not charging them, it was just a pure act of kindness.

He never envisaged that his magnanimity would result in him being referred to as a fool because he declined several attempts to charge his clients and patients for his services.

However, his kindness is what has led to the name of the farming settlement he founded, Jarigu, that has grown into a big community in the Tamale Metropolis in the Northern Region, which currently has about 1,000 residents.

Names give character, tell stories and depending on what kind of name, it can give such good hearty laughs that evoke a sense of uneasiness for their bold profanity.

Jarigu literally means “a fool” in the Dagbani language. Though the name does not mean that the people of the community are fools, there is a hilarious story behind it.

Nonetheless, the founder was not charging any fee for the treatment of his patients. Due to that, a number of patients thronged his house each day for treatment.

“Because of his generosity, people started calling him a fool for not charging even a pesewa for his services. They said had it been them, they would have charged the patients. They tried to convince him to take fees but he declined,” he narrated.

A section of the Jarigu community

As time passed, Mr Dawuda indicated that people started referring to the settlement as “the land of the fool”, which birthed the name Jarigu.

We are not fools

In spite of the name of the community, Mr Dawuda said the residents were not fools but they were noted for their peace-loving nature and generosity, particularly towards strangers.

“We are never perturbed by people calling us fools; we like the name because its meaning is very good.

“In fact, there have been several attempts by authorities to change the name but we resisted. Our grandfather and founder never accepted the change of the name so we can’t do that,” he stated.

The Assemblyman for the area, Mr Salifu Tahiru, urged the public to visit the community to learn more about the history of the town and have a feel of the warm reception of the people.

He, however, appealed to the government and non-governmental organisations to come to their aid by providing them with social amenities that were lacking in the community, including potable water, a health facility and classroom blocks.