Teshie “Rasta Road” - Meet the man behind the name 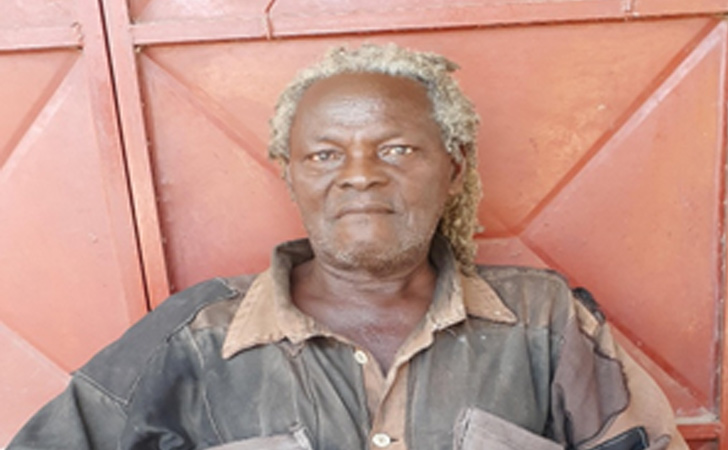 If you board a bus from Kwame Nkrumah Circle to La, Teshie or Nungua, you may have heard of Rasta Road, the renowned road also called ‘bush road’ located at Teshie District right opposite Laboma Beach.

The Rasta Road is named after a Baptist advocate, Mr Samuel Oduro, the first person to settle there in 1994. "When we came, as an NGO the Teshie chiefs and elders after several consultations allowed us to settle here," he says.

The 75 years Samuel Oduro was born and raised at a village called Huhunya in the Eastern Region of Ghana, about 8 miles from the regional capital, Koforidua. He attended Obaribo middle school and completed up to form 4 in 1960. He is a divorcee with four children. Mr Oduro is a heavyset man with brownish-grey dreadlocks, but clean-shaven sideburns, a massive forehead and chin, sad eyes and lips that seem to be holding back a lot of words, and a flattened nose. He wears a thin black leather belt over a denim onesie that seems to have given up on life from its base cocoa colour to the faded dark grey patches that used to be its full colour. He has suffered hands and a veteran posture.

Because of his looks, people took him for a Rasta but as a matter of fact, he is not, which is the reason the neighbourhood is named after him. "When some people say they are coming this way, because of my hair they say I am a Rastafarian but I am not. I am an Evangelist, they say 'we are going to Rasta, we are going to Rasta' and that's how it became the area name, so I'm the Rasta they are referring to" he recounted.

Looking at the way he dressed and the nature of his hair, you'd be hard-pressed to guess that Mr Oduro is not a Rastafarian. "My work is behind the dreadlocks," he says of the job he loves so much. "When I was called into the ministry, I was asked not to cut my hair and use only one attire, that's why you see me dress this way”.

He used to travel region to region throughout Ghana preaching the word of God. When asked whether he has received an award of honour or any recognition, he said that he once met the former President of Ghana, late Flight Lieutenant Jerry John Rawlings, and to him, it was an honour enough.

According to him, he encountered a lot of challenges throughout his journey but the only one that bothers him was during his settlement. While some of the Teshie chiefs agreed to his stay, others opposed it. Their reason was that he smokes weed and he's coming to establish smokers' headquarters, little did they know he is rather a preacher who calls people to salvation.

He asserted that people treat him well after knowing what he does but not by looking at his physical appearance.

“He has taught all of us here so much about endurance, about having a good attitude towards life, taking each day as an adventure,” says Maame Serwa, an Apostle of Mr Oduro. She also admires his knowledge of people, crediting him with helping homeless people in the neighbourhood. “He has got a place where people come and stay for free”.

Alhaji Musa a resident, emphasises on the good character of Mr Oduro and describes him as a humanitarian considering how he relates with people around him.

Mr Samuel Oduro does not belong to any other group or association, and neither gets involved in political activities. He is now a businessman, dealing in building materials at the Rasta Bus stop.

Ukasha Hassan Ishaq
Student from the Ghana Institute of Journalism
This email address is being protected from spambots. You need JavaScript enabled to view it.