Tarzan's Take: Wereko-Brobby as a journalist 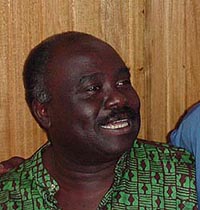 The same week ‘Tarzan’s Take’ hit our screens, some 40 journalists in a popular media organisation in North America lost their jobs. One of them, Paul (not real name, but he wouldn’t mind me using his real identity) is a close beer buddy. He loves his trade and has devoted his life to it. He jokes it is the reason he is not married, because he was never able to move away from his first love–newspapers. He had poured some 29 years of his boring life into the newsprint. Then one day, management wakes up from the wrong side of the bed and sends the shocker: we are downsizing–to 40 jobs down.

At our usual pub, we lamented the professional minefield that journalism has become. Another buddy who joined us, a photo journalist, is going back to school to start all over as a social worker, where the