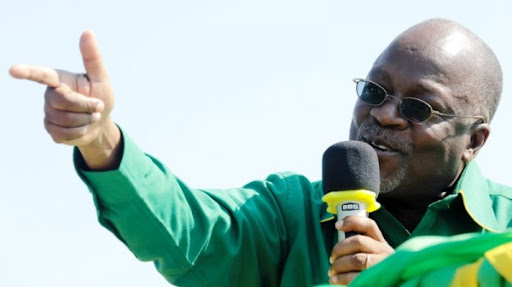 President John Magufuli of Tanzania is known to be one of two heads of state who have boldly expressed reservations about the COVID-19 vaccines produced by pharmaceutical companies.

Burundi, whose President is Evariste Ndayishimiye, is another country that is not bothered about the use of COVID-19 vaccines. The Burundian Ministry of Health has said that the country did not need the vaccines because 95 per cent of patients had recovered from the disease.

President Hassan Rouhani of Iran is also known to have rejected the use of COVID-19 vaccines produced in Western countries such as the United States, describing COVID-19 vaccines developed n those nations as unsafe for use by Iranians.

However, his reservations are based purely on ideological reasons and conspiracy theories.
Iran is reportedly developing its own COVID-19 vaccines. Before their vaccine is ready, Iran is expected to import the coronavirus vaccines from Russia or China.

For President Magufuli, all the COVID-19 vaccines are “dangerous’’ and he asked Tanzanians to be wary about their use.
He told Tanzanians on January 27, 2021: “My fellow Tanzanians, let us stand firm; some of these vaccines are not good for us. I urge the ministry of health to be very careful with all the vaccines imported into our country. Not all vaccines are of good intentions to our nation.”

“We Tanzanians have lived for one year without the virus. A piece of good evidence – most of us here don’t wear masks,” President Magufuli added.

He doubted the efficacy and safety of COVID-19 vaccines generally and he was outspoken about that.

“If the white man was able to come out with vaccines, then vaccination for AIDS would have been brought; tuberculosis would be a thing of the past. Vaccines for malaria and cancer would have been found,” he added.

He has asked his Ministry of Health to adopt a vaccine only after it was certified by Tanzanian experts.
Tanzanians, President Magufuli added, must not be used as guinea pigs in vaccine trials.

He declared his country free of the COVID-19 virus last year and promoted the policy of using local herbs for the treatment of symptoms of the pandemic.

President Magufuli is known as a devout Christian and has several times advised Tanzanians to put their faith in God because “God is able. Satan will always fail.”

The number of infections in Tanzania is not known because no data has been collected and released for the past six months.
In reaction to President Magufuli’s rejection of COVID-19 vaccines, the World Health Organisation (WHO) has asked Tanzanian officials to depend on science in the fight against COVID-19.

The WHO Regional Director, Dr Matshidiso Moeti, has said that the COVID-19 vaccines had been scientifically tested and approved as safe and effective for all human beings.
Dr Tedros Adhanom Ghebreyesus, WHO Director General, has also urged Tanzanians to establish strong health measures and prepare well for

vaccination of Tanzanians against the pandemic.
The COVID-19 pandemic has infected more than one hundred million persons worldwide and killed 2.3 million.

It is curious and worrying, therefore, that although President Magufuli holds a Doctor of Science degree in chemistry, he has not presented any data based on scientific tests as evidence to support his claims that the COVID-19 vaccines were not effective and safe.

Neither has he produced scientific evidence on the use of local herbs as treatment for the COVID-19 disease.
The COVID-19 vaccines have been taken through the necessary phases of clinical tests and have been proved to be safe and effective.
According to a Tanzanian microbiologist, who chose to be anonymous, the claims by President Magufuli on COVID-19 vaccines were dangerous”.

“The fight against COVID-19 needs informed public health measures. Denial, misinformation and inaction only puts Tanzanian citizens, especially the vulnerable ones, at unnecessary risks of serious illness or death from COVID-19,” he added.
President John Joseph Pombe Magufuli was born on October 20, 1959, at Chato, Geita, in Tanganyika, the mainland component of Republic of Tanzania.

He had his primary and secondary school education at the Chato Primary School and Katoke Seminary in Biharamuto and Lake Secondary School from 1957-1974 and 1974-1978, respectively.

He continued his pre-university education at the Mkwawa High School (1979-1981) and the Mkwawa College of Education for a diploma in education and chemistry.

He started his career as a teacher at the Sengerema Secondary School from 1982 to 1983 and went back to school – University of Dar es Salaam – for his master’s.

While in public service as a minister, John completed his studies and secured a D.Sc degree in Chemistry in 2009.
With his degrees, it is surprising that the former educationist did not return to the classroom. Instead, he worked as an industrial chemist at the Nyam Cooperative Union Limited from 1989 to 1995.

He was elected in 1995 into Parliament for the Chato Constituency and served as a deputy minister and later minster at various ministries from 2006 to 2015.

President John Magufuli presented himself as a candidate of the CCM Party for the October 15 presidential election and won with a landslide. He was sworn in on November 5, 2015.

In politics, President Magufuli brought his political and life philosophy to bear on his work.

He has committed himself to checking political corruption in public office and reducing wasteful public expenditure.