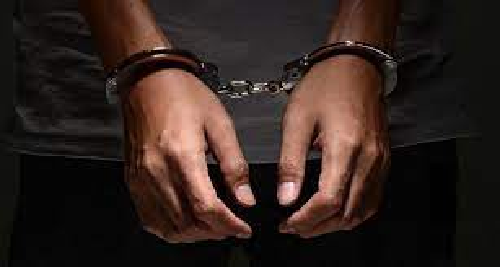 Despite both international and national laws against human trafficking, some people, including expatriates, are still smuggling Ghanaian girls into the gulf region as domestic workers from where all kinds of allegations of abuses come up.

There are disturbing videos in circulation about molestations and abuses of different kinds at the hands of those who hire them.

I have had to fall on the Ghana Police Service to get two of these girls rescued from Lebanon following desperate calls for help.

Some of them said they were transported by some white-skinned men from Ghana to Nigeria where they spent about three days before being put on board flights to the Middle East.

On arrival, they were received by other agents who gave them out to households that had booked for house helps.

Some foreign media even confirmed these allegations.

One would have thought that with government's clamp down on these agents, human trafficking would be a thing of the past.

However, not long ago, news came up about the arrest of a large number of suspected agents of a company said to be indulging in fraud in Takoradi.

We have since not read in the media about prosecution and the stage it has reached.

The company was accused of luring and extorting money from innocent young girls and boys, mostly Senior High School graduates, who are desperate to raise money to further their education.

There are similar companies that are being operated by Ghanaians and their foreign collaborators.

They offer juicy promises, one of which is that the 'employees' will be paid in the United States Dollar as they are made to believe that a dollar account has been opened for them, but they work for months without salaries while the scammers continue to make sweet promises to them.

Currently, there is a foreign catering company in Koforidua that is recruiting young girls to work in its enterprise.

They tell the girls that the company has catering branches in New York and need some of them to join their staff in that country.

The company goes ahead to select some of the girls in batches, takes them to the passport office in Koforidua for passports.

The girls have been told that some of their colleagues have already been taken to New York.

Such a statement has actually fuelled interest in the girls.

It is highly doubtful if the promise is true.

These girls might end up in the gulf region and it will not be long when videos start emerging from them calling on the President to intervene to save them from modern-day slavery.

The government must do more to reach out to the citizenry with information on the dangers in travelling to the Gulf Region as a domestic help.

Besides, the government must go harder on these agents to discourage the trade.

Employment opportunities may be very limited in the country, but that should not be an opportunity for some people to be exploiting our youth.

Ex WOI Bright Segbefia, Email:This email address is being protected from spambots. You need JavaScript enabled to view it.