For many years, the story of Sarah and Abraham was a tablet of comfort for Esi (not her real name), having been married for more than a decade without a child. Anchoring her hopes on the biblical Sarah ,who gave birth at age 90, Esi remained resolute, praying day and night that her time would come too.

Fasting, prayers and ‘seed sowing’ (a special church offering for special blessings) became her constant religious activities. Her hope of getting pregnant and giving birth almost materialised when she first conceived at age 39.

For Esi, it was the happiest moment in her life, when she realised she was pregnant. But that joy was short-lived like a passing wind, when she suffered a miscarriage.

“I felt empty. I felt lost in my world. My hopes were almost gone,” she recounted, as she vainly fought back the tears welling up her eyes.

“The frowning from my husband, his sisters and family put me in a state of fear, when they got to know I had lost the pregnancy,” she said.

So bad was the situation that suicide became an option for Esi. “I conceived more than three times but none of the pregnancies lasted for more than two months. I realised it was never going to be possible for me to give birth considering what I had suffered.

“I decided to give up on any attempt to get pregnant. I stopped listening to friends who recommended different doctors and hospitals to me. I stopped wasting money on drugs for pregnancy… Eventually I decided to adopt my siblings’ children and live with them as I would mine; after all they were my own too. And it sounded better than going for a total stranger,” she said.

Esi was convinced she had made the right choice. However an uncertain fear lingered. “I was afraid to even correct them when they went wrong because in our society, if I should beat them for wrongdoing, they would say I was beating them because they were not my own children.”

Now at 52 years Esi has given up hope of ever giving birth to her own biological children. Her view is that society is not empathetic with people struggling to give birth.

Esi’s condition is what Dr Abdul-Basit Wunnam Ibrahim of the Department of Obstetrics and Gynaecology of the Komfo Anokye Teaching Hospital (KATH) in Kumasi in the Ashanti Region describes as “recurrent pregnancy losses,” an aspect of infertility. 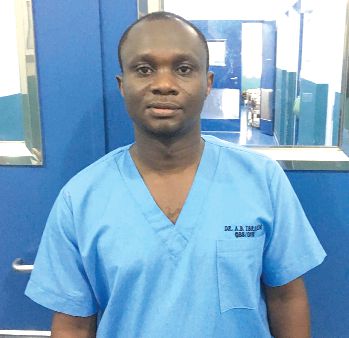 Many women of reproductive age suffer this kind of condition. Infertility is a condition that affects approximately one out of every six couples, according to information on americanpregnancy.org and with female infertility accounting for approximately one-third of all cases.

The World Health Organisation (WHO) states that infertility affects up to 15 per cent of reproductive-aged couples worldwide.

WHO demographic studies from 2004 shows that in sub-Saharan Africa, more than 30 per cent of women aged 25 to 49 suffer from secondary infertility, the failure to conceive after an initial pregnancy.

Health journals describe infertility as not being able to get pregnant after one year of trying (or six months, if a woman is 35 or older.

Similarly, women who can get pregnant but are unable to stay pregnant may also be infertile.

In many Ghanaian communities, infertility is sometimes seen as divine punishment or the result of perceived immoral lifestyle of the woman, with women being most often blamed and stigmatised.

Dr Ibrahim explains that there could be a cause or multiple causes for Esi’s condition. About 25 per cent of recognised pregnancies end up as miscarriages, with one out of four people getting pregnant likely to lose it. 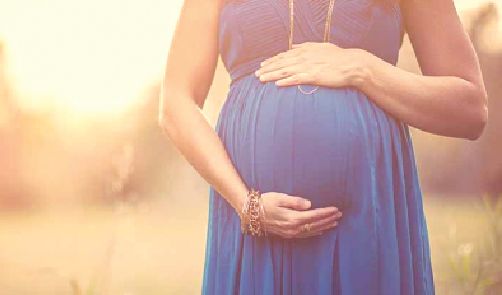 “The cause can vary; sometimes you can have just one particular cause and other times multiple; except that usually it is not so easy identifying the cause,” Dr Ibrahim said, adding that about 50 per cent of the causes could not be explained.

However, he said, there were some common causes, such as, chromosomal abnormalities, age, hormonal problems, metabolic causes, obesity, uterine abnormalities and cervical incompetence.

“But commonly, we have identified chromosomal translocation, abnormalities in chromosomes, as the common cause of recurrent pregnancy losses,” Dr Ibrahim noted further.

He said there were several forms of the chromosomal abnormalities, with one of them being chromosomal translocation.

Every human being has 23 pairs of chromosomes. However, sometimes, a particular part of a chromosome is transferred onto another chromosome and that is what is called translocation and an abnormality.

“So God in his wisdom has made it such that if for any reason there are chromosomal abnormalities, in order that the outcome wouldn’t be an ‘abnormal’ human being, the pregnant woman has the tendency to miscarry,” Dr Ibrahim explained.

Citing age as a possible cause of Esi’s recurring pregnancy losses, Dr Ibrahim said some miscarriages were due to advancement in age on the part of the woman. “Usually after the age of 40, one-third of pregnancies would end in miscarriage,” he explained.

He said recurrent pregnancy losses were “usually common with women of advanced age,” stressing that the issue “is usually due to the chromosomal abnormalities.”

“As a woman ages, the quality of her eggs also dwindles and this also affects the chromosomal content,” he explained. Sometimes, since the chromosomal abnormalities could not be predicted, it was quite difficult finding solutions to them. 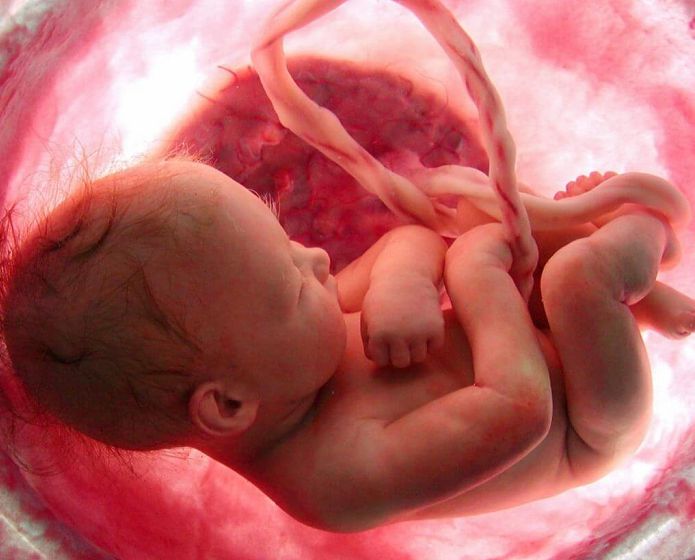 Dr Ibrahim advised that women in Esi’s situation, with recurrent pregnancy losses, should seek early medical intervention for their challenge.

He said some genetic conditions could be prevented due to advancement in science and technology, although such corrective procedures could only be done in highly specialised laboratories and health facilities.

Dr Ibrahim also mentioned hormonal problems as one of the causes of recurrent pregnancy losses, explaining that “Commonly, we have a hormone we call progesterone, and the progesterone is supposed to maintain the integrity of the pregnancy.”

“When a woman gets pregnant, the progesterone levels are supposed to go up in order to maintain the integrity of the pregnancy; and this is usually done by the placenta from the second trimester (after 13 weeks of pregnancy) onwards. So, the placenta is responsible for the production of the progesterone among other hormones,” he explained. 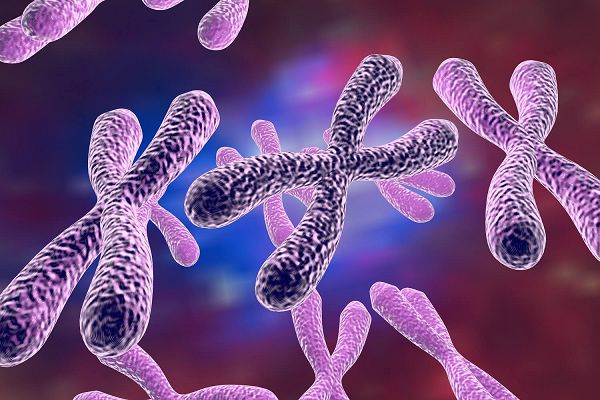 He noted that that the corpus luteum lingers around to produce the progesterone to maintain the integrity of the pregnancy until the placenta takes over the function of producing the progesterone.

According to Dr Ibrahim, there were certain instances that the corpus luteum would be defective, hence its inability to produce the required progesterone to maintain the integrity of the pregnancy and resulting in a miscarriage.

Dr Ibrahim said although there were women who had diabetes and were able to have successful pregnancies, “When the diabetes is poorly controlled; when the sugar levels are consistently above the normal range, the tendency is that it may result in a miscarriage.”

He explained that when pregnant women with diabetes were identified, their sugar levels were controlled for them to have successful pregnancies.

Dr Ibrahim also identified obesity as a possible cause of recurrent pregnancy losses, pointing out that “Those who are obese—they tend to have a risk factor for a condition called polycystic ovarian syndrome (PCOS)”, he explained that the polycystic ovarian syndrome meant that “their ovaries tend to have multiple cystic appearance; meaning that they have more follicles that are placed in a particular way within the ovaries.”

He noted that in polycystic ovarian syndrome, abnormally high levels of male hormones called androgens may be found in the woman in itself not good for the pregnancy.

Dr Ibrahim stressed that women who were obese too were at a higher risk of developing diabetes, saying “So some of them might have developed diabetes already or have it in sub-clinical manner.”

According to him, some obese women usually complained of inability to conceive, adding “they have infertility; but for those who are able to conceive, they may have recurrent pregnancy losses.”

Uterine abnormalities were also identified as a cause of recurrent pregnancy losses, a condition Dr Ibrahim explained could be caused by anatomical problems, associated with the woman’s uterus (the uterus is responsible for carrying the babies).

“If you have an abnormality with your uterus, the possibility of carrying a successful pregnancy is also reduced,” he said, stating that the uterine abnormalities account for about 15 per cent of recurrent pregnancy losses.

He said some women were born with uterine abnormalities, explaining that those born with it may be unable to conceive at all and that those who conceive may end up losing the pregnancy.

“Ideally, every woman is supposed to have one uterus and one cavity (the cavity is where the baby lies to grow). But you can have a septum that separates the cavity into two. With the presence of the septum there is no proper room for the baby to grow and hence may end up in a miscarriage,” Dr Ibrahim noted.

“The fibroid can be the cause of why a woman is unable to achieve a pregnancy or why a woman keeps having recurrent pregnancy losses,” he said, indicating that there was that possibility depending on the location of the fibroid in the uterus. 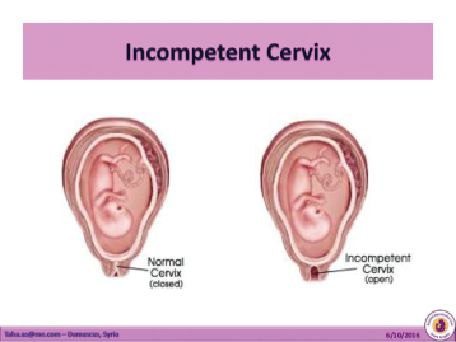 He said when the cervix, which is the entrance to the womb is incompetent (not properly closed due to weakness), it leads to miscarriage.

That, he explained, when it exists, the woman would not be able to carry the pregnancy to the ninth month, saying, “the babies are expelled from the uterus prematurely.

He explained that when a woman with cervical incompetence was identified, they put in a cervical cerclage or stitch to keep the entry point tightly closed until the pregnancy reaches ninth month before the cervix is untied.

Dr Ibrahim advised that although there were other factors which could explain Adwoa’s condition, women with similar cases ought to seek early medical intervention.
Perhaps, Adwoa’s case is just one of the several hundreds, if not thousands of women in Ghana, who suffer stigmatisation as a result of infertility. Although childbirth is regarded as a “gift from God” and “many people wish to have some”, those who are unable to get some should not be stigmatised.