Reject the gift: No such thing as ‘free lunch’ 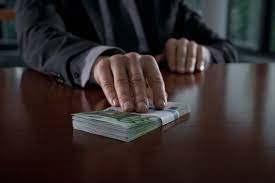 Reject the gift: No such thing as ‘free lunch’
30.5k Shares

"Until man acquires the power of creation, someone would always have to pay for a free lunch."

The above statement was made by Paul Mallon, a Washington journalist, whose critical piece was published in the "The Lima News" in January 1942.

Most of us have once or twice been referred to some gifts we received in the past just because we could or did not return the favour.

The topic of public officers receiving gifts has always generated controversies wherever the rules of conflict of interest are discussed.

For the sake of this context, conflict of interest is defined as a situation where a person gets into a position where his or her benefits are derived from the actions or decisions in any official capacity.

The 2013 edition of the “Gifts, conflict of interest and the public officer” book, authored by the CHRAJ Commissioner, Mr Joseph Whittal, explains that public officers must not receive gifts from persons who they come into contact with while discharging official duties.

The truth is, gifts and bribes, in comparison, may appear difficult to distinguish, but are critical in public officer ethics. While a gift is something of value, where the giver does not expect anything in return, a bribe is the giving of something of value in the hope of a benefit or influence.

The difference between the two is the “intent", which is very difficult or even impossible to ascertain.

In most cases, the receivers of such gifts are explicitly or implicitly moved to return the favour. This can play a huge role in influencing judgement and affecting results.

There is another twist – when a public officer takes a gift, their duties or services usually appear to be "on the take" even when it never influences their decisions. This undermines public confidence in the institution they represent.

Additionally, it changes the receiver into expecting gifts from other clients who visit for similar services. With time, services are deliberately delayed, while special attention is given to those who came along with “brown envelopes”.

The threat to the conflict of interest rules also lies in how gifts are culturally perceived in some parts of our society. Some tribes consider it as gross disrespect to turn down gifts from the elders even when it follows the discharge of official duties.

However, for the sake of one’s reputation and the office one represents, it is important to take the hard decision to explain, respectfully, to the giver to understand why it is not proper to accept gifts though the gesture is appreciated.

The gift is important, but reputation is more important.