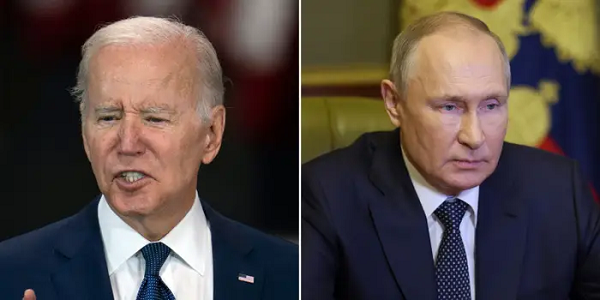 US-Russia relation is currently in a bad shape. The chronicles of US iniquitous actions in Kosovo, Iraq and Libya does not present Joe Biden to condemn Russia’s invasion in Ukraine.

That is normal in international relations, but the tone with which President Biden sent the information is the bone of contention.

President Biden called his Kremlin friend “war criminal”. President Putin may seek a redefinition of the term “war criminal”. In the context of US-led NATO’s humanitarian intervention in Kosovo, US air strikes against Iraq.

Even if US should reshape its foreign policy, it will still be difficult for President Putin and many scholars of international relations to accept this title for Putin. This utterance widens the gap already created by Putin’s invasion in Ukraine.

Tension between the two world leaders will not improve as far as US continues to supply arms to Ukraine and as much as Russia continues its invasion of Ukraine.

Sanctions piled on Russia by the US and its Western allies continue to worsen the relationship. The two world leaders are making the work of the UN Secretary-General very difficult.

President Putin is very determined to meet his target in Ukraine, while Joe Biden believes that a sovereign state like Ukraine cannot be subdued to the level Russia anticipates.

Biden believes that he has the right to support a weaker state like Ukraine, knowing that Ukraine cannot pit its strength against Russia’s military might. Putin intends to meet his target while Biden is trying to make sure Putin’s war objectives are thwarted.

The UN Security Council should convey at the level of the foreign ministers to consider the need for a concerted international effort to end the Russia-Ukraine war.

The US and its allies must lift sanctions against Russia, while Russia tries to improve gas supply to European countries. The sanctions continue to tdeepen global and economic crisis.

Energy crisis is the driving force behind this current global economic crisis. It is a reality that must be confronted honestly and constructively by the international community if we are to enjoy an economic and human security of our various states.

The vehicle to interpose in this conflict is the United Nations, but the powers of the Secretary-General have been benumbed by conflicts among permanent members of the Security Council where US and Russia are playing a leading role. Russia-US relations can be reinvigorated when the Russian-Ukraine war has ended.

President Biden and President Putin should have the abiding sense that there is tension between the two world powers. The US should be mindful of the large-scale military exercise with South Korea.

On the other hand, Russia must end any agreement with Iran and North Korea that enables Russia to employ drones to accelerate air strikes and bombardments in Ukraine.

The two world leaders must detach themselves from their allies in military and arms cooperation temporarily, especially at this gloomy international climate.

As the two world leaders continue their military alliance with their allies, mistrust and suspicion between US and Russia intensify and will increase to its greater intensity.

President Putin has the right to disseminate his war objectives to the international community. Russia may have a reasoned defence but its actions must be in the spirit of the United Nations Charter and international humanitarian law.

Russia should desist from any action that may hinder any access to humanitarian supplies to the displaced in Ukraine, especially children and women.

The mystery of the scenes of air strikes, strikes terror to the hearts of children and women in Ukraine. US continues to offer security assistance to Ukraine.

The international community is watching the skyrocketing prices of petroleum items with rising fear. Russia must be moved by a humanitarian-driven spirit to end the invasion and accept peace talks. It must act in the spirit of love and mercy as a member of the United Nations and a permanent member of the UN Security Council.

The two world leaders should draw closer to peace than nuclear confrontation. The two Presidents should engage their citizens in foreign policy debates before decisions are taken.

The writer is Initiator, International Forum on the Status of Refugees in the World/ Senior Lecturer, Coordinator, Russian Section, University of Ghana. E-mails: Aabosiakoug.edu.gh/abosiako2yahoo.com