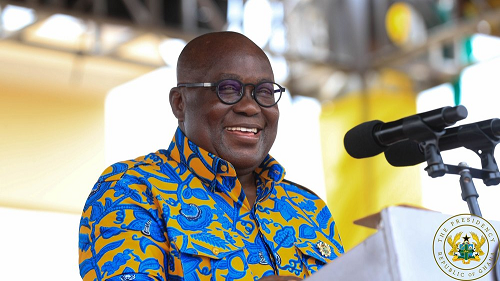 At the beginning of his first term in office as President of the Republic and Commander-in-Chief of the Ghana Armed Forces, H.E. Nana Addo Dankwa Akufo Addo (NADAA) appointed ministers to assist him in the discharge of his mandate, which he had overwhelmingly secured from the people of Ghana following the 2016 presidential election.

Many were those who criticised the wisdom in having such unprecedented number of ministers. The criticisms came from all persuasions of the population: NPP members, friends of NADAA and opponents of the NPP.

Some of the reasons advanced in support of the criticism were that it was a drain on the public purse; it will lead to inefficiency and make the government look unwieldy.

I believe largely that the comments were made in good faith. However, in his characteristic demonstration of fortitude and tenacity, the President held on to his position: his key explanation was that he should be judged after his performance had been assessed in four years.

Secondly, the President was of the opinion that because most of his ministers were Members of Parliament, the additional dent in the national purse was not significant.

Meanwhile, neither the President nor those criticising him backed their positions with real, hard and persuasive figures.

In spite of the devastating effects of the COVID-19 pandemic, many of us have been protected and preserved by the strong arm of God and also by being COVID-19-protocol compliant. We are living witnesses to the President's performance, almost four years into his stewardship and, therefore, can either vindicate or refute his position.

Of course the upside of his performance clearly and obviously include the following: free SHS, provision of ambulance to each constituency; construction of roads, including flyovers; construction of new classrooms and dormitories for many SHSs; One district, one factory; planting for food and jobs; planting for export and rural development; restoring teacher and nurse trainee allowance; effective continual management of COVID-19 and many more.

But there are a number of downsides also which include poor handling of galamsey (the President advertised that he is prepared to put his presidency on the line in the fight against galamsey); handling of PDS without finesse; poor handling of AGYAPA; poor optics resulting from the handling of the Auditor General's issue and the resignation of the Special Prosecutor; perceived corruption in government and many others.

The "handles" to use in assessing NADAA’s performance are many and varied. However, for the sake of simplicity, I will use the performance of MPs who were also ministers to either vindicate or refute the President's position on his large number of ministers.

The point should be made that the President had significant endorsement over his opponents in the just-ended presidential election but the party recorded net loss of revealing parliamentary seats. On the strength of this revelation, I will humbly suggest to NADAA to reconsider his stance on the number of ministers and make a reasonable downward adjustment.

Again, it has been suggested by many well-meaning Ghanaians that given the marginal numerical advantage that the government will have in the next Parliament, it will do the government a world of good, while ensuring that its policies are not unduly frustrated in Parliament, to reduce the number of ministers.

By this, the NPP MPs will be largely available in Parliament to ensure that government policies see the light of day.

It seems to me that the situation in the next Parliament will be a blessing in disguise if the President is so minded to heed our call, among many others. I hope he will; but is this hope well rounded and founded? Time will tell!