BY: A GNA feature by Lydia Kukua Asamoah
Category: Features 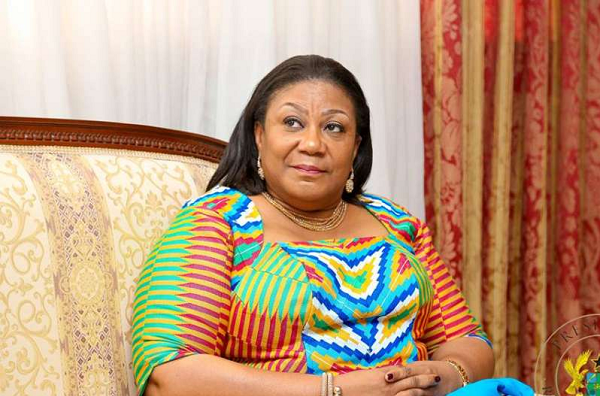 Over the past four years Mrs Rebecca Akufo-Addo has been married to a man whose heart beats for his nation.

A message titled: “Dear Ghana,” which she posted on her Facebook wall just before the 2020 General Election, described the last four years as humbling.

“I wake up every morning, adjusting to this charge of First Lady; partnering a man not only for love but in deep service of our country — the first gentleman,” she said.

Born Rebecca Griffiths-Randolph to Mr Jacob Hackenburg Griffiths-Randolph, the first African Commissioner of Income Tax, a Judge and later a Speaker of Parliament, and Mrs Frances Philippina Griffiths-Randolph, Mrs Rebecca Akufo-Addo, in her first-term as the First Lady, dedicated herself to improving the lot of children, young people and women, as well as to the education and the healthcare sectors of the Ghanaian society.

Even before she became the First Lady, by way of supporting national efforts to reduce malaria and malnutrition in children and pregnant women, she co-founded the charity, Infanta Malaria Prevention Foundation, in 2005.

In 2017, as the First Lady, she established The Rebecca Foundation, when her husband became the President, to ensure the economic empowerment of women and the well-being of children in the areas of education and health.

Aside from the provision of these critical healthcare delivery edifices, Mrs Akufo-Addo also led a strong drive to acquire hospital equipment and supplies, which she distributed to health centres across the 16 regions of Ghana in addition to sourcing for funds to support surgeries of some vulnerable people.

Under her Community Health Outreach Initiative, new Community-based Health Planning and Service (CHPS) compounds were established and equipped at Seduase in the Greater Accra Region and Nyashegu in the Northern Region.

There were also donations of phototherapy machines to the Princess Marie-Louis Children’s Hospital in Accra and the Cape Coast Teaching Hospital, while the Osu Maternity Home and Ussher Fort clinics were renovated and equipped with medical supplies.

To date, her foundation continues to be a major partner to the Ministry of Health in the provision of services to the citizenry, especially women and children.

Mrs Akufo-Addo’s passion for girls’ education led her to create the “Because I want to Be” initiative to encourage girls to stay in school or learn some entrepreneurial skills through training and provision of start-up kits for soap making to about 100 females, including out-of-school girls in the Central and Greater Accra regions.

Some girls were also trained in catering and as artisans, as well as introduced to mentorship programmes, which still show on television, to reach girls across the country with life meaning lessons and experiences.

She also established the “Learning to read, Reading to learn” initiative, to improve literacy among children through a TV reading programme, while providing libraries in school clusters across the country in communities such as Sefwi Debiso in the Western North Region, Moree in the Central Region, Wenchi in the Bono Region and Daffiama Busei Issah in the Upper West Region.

Bortianor and Amasaman in the Greater Accra Region, Kumawu in Ashanti and Krachi in Oti also benefitted from the library project.
Books, computers, shoes among other things were distributed to various schools in the country while children from the SOS Village benefited from educational exchange programmes to China.

Under the Terema initiative, the First Lady led a successful business trip with 35 women entrepreneurs to China to explore business opportunities there, while many street hawkers were empowered with small tools and grants to boost their businesses.

The Ghana National Hairdressers and Beauticians Association was not left out as Mrs Akufo-Addo donated 1000 bags of cement to help in putting up infrastructure to aid their activities.

The First Lady also organised three high level International Women’s Day events to advocate gender equality and inclusiveness of women and girls in national development.
Suffice it to say that in the heat of the COVID-19 pandemic in 2020, Mrs Akufo-Addo distributed food, hygiene and safety items to thousands of women, including the aged and single mothers across the country to lessen their plight due to the temporary lockdown.

And as the Nutrition Champion of the African Leaders for Nutrition, Mrs Akufo-Addo has been strongly advocating improved nutrition outcomes for Ghanaians, especially children.

She is also the premier ambassador for HIV/AIDS; a patron of the Schools for the Blind and Deaf, Cancer Voices and SOS Children’s Villages Ghana.

These enormous contributions by the First Lady, to ensure the well-being of the people, have indeed not gone unnoticed as she has received commendations from many organisations and individuals, including the Ministry of Health.