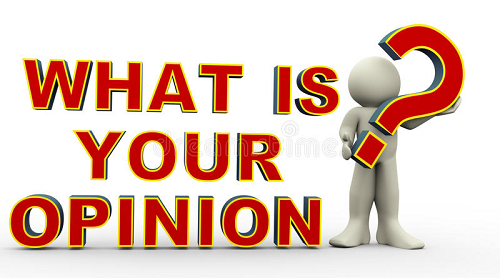 Public opinion is particularly important if we understand democracy to be fundamentally about rule of the people.

For the people to rule, they must have their voices heard by those in government.

To know whether the people rule or not, evidence is required to prove that those in government are responsible for the voice of the people.

In real democracy, there must be a close match between public opinion and government policies and actions at least in the long run.

The wishes of the people can be discerned in elections to be sure, but a particular powerful way to know what the people want is to ask them directly in a polling survey.

We have been used to guessing what the public think based on conversations in ‘trotros’ and barbering shops, letters to editorsin newspapers, or on what sort of one-liner’s won cheers at political rallies.

Similarly, the angry people who call into radio talk shows, ‘serial callers’ as you may call them, may not hold views that are typical to most Ghanaians.

To figure out what the average Ghanaian thinks, we cannot rely on an unrepresentative group or noisy minorities.

Of late, certain groups and organisations are using some fairly reliable tools developed by social scientists to cull and study the opinion of large groups of people.

Those who use poll results; including citizens encountering polls in newspapers and on television should be aware of certain factors that can undermine the validity of survey research.

Issues of wording and sampling are the key ones. The way in which a question is worded often makes a big difference in the way it is answered.

So in that sense, a survey may not always be capturing what people are thinking or what choices they will make.

Scholars and survey professionals worry about a number of things that can undermine the validity of survey research by making it difficult to draw a sample that is random, representative of an entire population.

Top academic and commercial polling firms claim they are taking steps to overcome these problems, but they are likely to get worse before they become better.

For now, we have to make do with polling results from quality researchers and firms. A good rule of thumb is to see what polls are most relied upon by public opinion scholars and other specialists in that field.

First voting surveys carried out in the 1940s and 1950s turned up what scholars considered appalling evidence of public ignorance, lack of interest in politics and a reliance on groups or party loyalties rather than judgement about the issues of the day.

Repeated surveys of the same individuals found that their responses seemed to change randomly from one interview to another.

Whether people are fit to rule depends on the quality of public opinion. Most people of course do not know a lot of facts about politics and how it works; they do no also have well worked-out ideologies or highly stable policy preferences.

But most of the time, the collective public opinion of citizens proves certain assumptions in this direction wrong.

When economic times are tough during recession, for example, no amount of rhetoric from political leaders, the news media or interest groups is likely to convince people. People have reality checks in such circumstances.

The government can discard public opinion in certain circumstances, but it is dangerous to assume that public opinion lacks proper focus and wisdom, for which reason it going by it would be pandering to the whims of the public rather than exercising leadership.

Public opinion eventually translates into votes at election time. So staying at the right side of public opinion, giving people what they want in terms of policies, is how people gain and keep elected office.

The writer is with the Institute of Current Affairs and Diplomacy (ICAD). E-mail: This email address is being protected from spambots. You need JavaScript enabled to view it.