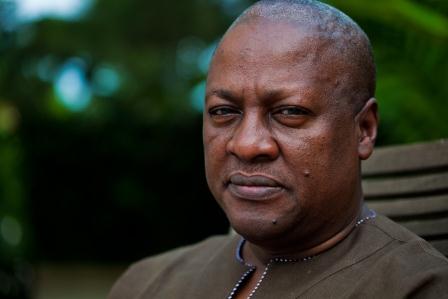 In the same way that Chinua Achebe’s books helped foster the talent of countless writers in Africa’s post-colonial era, they also inspired a number of africa’s current political leaders.

Achebe had such influence on the african political landscape that three years ago he started convening an annual colloquium at Brown University, where he was a professor, that brought together leaders, scholars and artists to discuss “strengthening democracy and peace on the african continent”.

When I was introduced to Mr. Achebe’s writing in the 1970s, during secondary school, there seemed to be no discernable separation in Africa between politics and the arts. We attended demonstrations almost as frequently as we attended discos. The music that we listened to, from Fela Kuti to James Brown, was filled with racial pride and political protest.

It was, however, the literature of Achebe, namely his classic novel Things Fall Apart that provided me with a larger context for the various maladies that were taking place on the continent. Reading that book was like a rite of passage. The books that I’d been reading previously were peopled with foreigners whose lives and concerns, though fascinating, bore no resemblance to mine. I read about Okonkwo, and his story resonated because it was rooted in a culture that felt familiar.

“Storytelling has to do with power,” said Achebe. “If you do not like someone’s story, write your own.”
After Things Fall Apart, I read Mr. Achebe’s other novels; I read the works of other African writers, such as Wole Soyinka, Ngugi wa Thiong’o and Ghana’s own: Ayi Kwei Armah, Ama Ata Aidoo, and Kofi Awoonor.

This literature empowered me, and others to believe in our ability to create change. They urged us to see the value of our cultural inheritance and the potential of our continent and its people. It was this vision that challenged many of us to pave the paths upon which we now find ourselves walking. In my case, activism was, and remains, a natural bridge between politics and the arts.

During a recent discussion about Achebe, a political contemporary asked me if I felt as though I had somehow become part of the system that we so bitterly decried in our youth.

“No,” I replied without hesitation. “I entered politics because I wanted to be a part of changing that system.” One of the things I learned from Achebe’s work is that “the system” is nothing more than a collection of people, their values and their behaviours. We are all a part of a system; and all systems are subject to change.

Change can be difficult, even for those who claim to want it. Nostalgia is a powerful force. It can keep us locked in the status quo.

Africa is constantly amending its story and adding new chapters. We have experienced political, cultural, and digital revolutions. Those who stay beholden to only the story of colonialism, apartheid and ethnic warfare will never allow themselves to know the Africa that now also tells a story of equality, democracy, and capital cities that are as crowded and cosmopolitan as those of any other continent.

Likewise, those who still talk of African leadership using only words like corrupt, dictator or despot will miss the opportunity to take part in creating a new vocabulary—be it one of praise or criticism—for the men and women who are now working with the citizens of their countries to craft new styles and processes of leadership.

Missing out would truly be a shame because just as we must all play a part in nation-building, we must also play a part in the writing of our stories. This is the new Africa we are creating.

“Africa is people” may seem too simple and too obvious to some of us. But I have found in the course of my travels through the world that the most simple things can still give us a lot of trouble, even the brightest among us: this is particularly so in matters concerning Africa.”—Chinua Achebe