Parliament in the eyes of the Constitution: The twists and turns 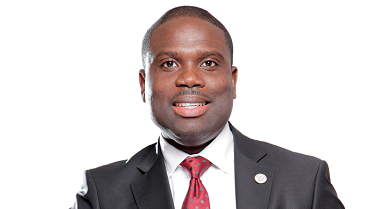 In March 2022, the Supreme Court struck down Order 109 (3) of the Standing Orders of Parliament as being unconstitutional. The Justice Abdulai v The Attorney-General decision drew a lot of reaction. The “controversial E-Levy” was at the heart of it all – if deputy speakers could cast their votes while presiding in the absence of the Speaker, some argued, then the Standing Orders, which provided otherwise, had effectively been “disrespected” by the Court. Some sought to remind the Supreme Court that “Parliament is a master of its own rules.”

Having been colonised by the British, it is not surprising that, at independence, a lot of Ghana’s constitutional doctrines, concepts, principles and practices were understood in the light of the colonial master’s prescriptions notwithstanding the fact that the newly independent state had a written constitution. Practically all the estimated 350 lawyers in the nation were trained in England, the citadel of Parliamentary supremacy.

In 1957, Lardan v Attorney-General (No. 2), presented the Supreme Court (the Privy Council in London was still the highest court of law in Ghana until 1960) with the opportunity to assess a deportation order as passed by Parliament. The court held that only Parliament itself could question the order. Some argue that the court seemed to have shackled itself with the notion of British parliamentary supremacy and had failed to allow itself the available constitutional leeway to review parliamentary action.

Under the 1960 Constitution, the seminal case of Re Akoto was decided by the Supreme Court. The Preventive Detention Act (PDA), passed by Parliament in 1958 and continued in force under the new Constitution, gave President Kwame Nkrumah the power, if he was so satisfied, to detain a person without trial. Dr J.B. Danquah argued, among others, on behalf of Baffour Osei Akoto and 7 others that the PDA had been passed in excess of the powers conferred on Parliament by the Constitution. The court held that under Article 20 of the Constitution, Parliament was sovereign and only the entrenched provisions of the constitution limited such sovereignty and upheld the PDA as not being contrary to the constitution.

The 1969 Constitution pronounced itself the supreme law of Ghana and vested final judicial authority in the judiciary. That notwithstanding, Prof. Kumado, in an academic article, believes that the fact that Article 102(1) stated that no organ or agency of the Executive shall be given final judicial power, without saying so about Parliament raised a perplexing enquiry – Did it imply that final judicial power could have validly been vested in an agency or organ of Parliament?

The 1979 Constitution restored much of Parliament’s shield against judicial review. Article 96 gave Parliament freedom of speech, of debate and of proceedings of Parliament. It provided in addition: “that freedom shall not be impeached or questioned in any Court or place out of Parliament.”

In Tuffour v Attorney-General, Sowah JSC, in delivering the judgement of the Court of Appeal, sitting as the Supreme Court, wrote: “The courts cannot therefore inquire into the legality or illegality of what happened in Parliament. In so far as Parliament has acted by virtue of the powers conferred upon it by the provisions of article 91(1), its actions within Parliament are a closed book.”

This “closed book” viewpoint seems to have become engraved in the minds of some Ghanaians from all walks of life.

However, the provision under the 1979 Constitution, which formed the warp and woof of this conclusion, is not to be found under the extant 1992 Constitution.

In the UK, the Supreme Court has replaced the House of Lords as the highest court of law since October 1, 2009. However, in the face of Parliamentary supremacy it cannot declare primary legislation as unconstitutional. It can do so for only secondary legislation. On the contrary, the sovereign nation of Ghana has decided that the Supreme Court can declare acts of Parliament including the Standing Orders of Parliament as unconstitutional when they “sin” against the Constitution.

This is where we are on the twists and turns of our constitutional journey.

The author is the Managing Partner at Nii Arday Clegg & Co. and holds a Master of Laws (LL.M.) degree from Harvard Law School. He passed the New York Bar Exam in July 2021. He is a member of the Ghana Bar Association.