Paa Kwesi Arko Cee writes: I am no longer ateEase 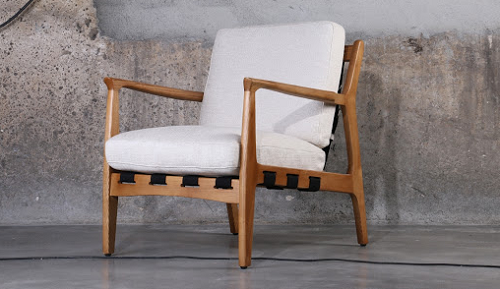 I remember a book by Ama Atta Adu: ‘No Sweetness Here’. Again I remember the 1960s classic, ‘No Longer at Ease’ by my favorite apostle of literature, Chinua Achebe.

And as I remember only the import of these twosome I am quickly reminded of the new normal Ghana has sunk into since March 2020 with its corresponding ‘face mask order’ and ‘social distancing regime’ which has caused Ghana to loose its social flavour and therefore making Ghanaians no longer at ease.

I have been habitually reminded by events on the afternoon of 12 of March. Actually, as a teacher at Flagstaff House School in Accra, Friday 12 March was no exceptional day except it never recurred as it would have done on Monday, or Tuesday or any other working day.

I remember the playful faces of the hundreds of children cheering at the Kanda Cluster of schools a few meters away from the Kanda-GBC highway, as their schools tried to outdo each other on a dusty field and the authoritative faces of we teachers whose duty that day required cheering, motivating, reproving and supervising the army of energetic children obsessed with the festival of the second term inter-schools circuit football and volleyball competitions ongoing at the location.

At least eight schools partook in the sports festival. I and my four colleague teachers had been at post from morning to accompany our soccer and volleyball teams physically and mentally for the task of the day. The tension was always high. The game in the end came to a successfully end for others. But for Flagstaff House, we failed successfully and with that lukewarm feeling of aftershock we packed our belongings and called it a day.

I was heading towards Kaneshie and I found a blue sprinter, with a thirty-something-year old driver, whose face I have forgotten, except he was enjoying a gnaw of the chewing-stick in a state of ludicrous funk. The bus sped off while I was yet to sit down and I accidentally stumbled. I apologized to the victim who gave me a look as if I am not a human being. For the next hour or two I watched the scenery of the world pass us by as we drove towards Kaneshie. Every minute or so, I would carefully raise my face to the window and look at all the lorries that drove past us on the never-ending stretch of road.

The Kenyans say travelling is learning. Perhaps that was the reason why my mind wandered on the memory lane of a beautiful book I have read years ago and stored in my memory like a Bible verse just because I agreed with the writer’s thought. It commented on the way every day, since the eras of the likes of Philip Quacoe, Jacobus Captain and John Mensah Sarbah till present, Africans are kept nine hours in school, learning the achievements of Westerners or better men by heart and toiling at the grammar of English or French language.

Breaking down the subjects, we teachers force our students to learn them by heart more out of fear of corporal punishment which was an integral part of the colonial-slavery education system than ambition. The repercussion is that we, as Africans, are prevented from being Africans but Europeans, forbidding the speaking of African vernaculars except English and French and giving Western names to African children.

Something told me enough, which was why I plugged in my earpiece and turned on my phone’s radio system. Most stations I tuned in were either serving a monotonous diet of old breaking news: Covid 19 in Italy, the US, China and Spain.

I like America for just a trinity of reasons. Leadership, accountability and respect for human rights. And I dislike America for those same reasons when turned upside down. The self-righteousness of American leadership, selective accountability on the international front and police disrespect for human rights and its corresponding terrorism against black people.

America, a medical super power is ambushed by a virus and today hundreds of the super power, white supremacist Trumpnation have become health refugees. And the virus is sweeping across the country leaving dead bodies. Millions and counting are living with their lungs full of toxic virus. America, a country which boasts of space adventures, nuclear arsenals and constantly threatening Iran, Venezuela and North Korea with nuclear ‘fire and furry’ is under mortal attack by a virus and there is no end in sight. The nuclear weapons are useless now.

The hunter has returned with mushrooms and we know his hunt didn’t go well. The much revered white skin is full of toxic virus and it is now globally obvious that, that white people are better than others is sadly a rhetoric concocted by whites without any biological basis. Early in July ten tourists from Colorado, U.S, were treated like ‘criminals’ and turned away from Italy upon arrival because even Europeans are no longer at ease with Americans.

Ghanaians and Africans now cherish the black race as our white skin brothers are dying of something we are surviving. The one-eyed man does not thank God until he sees a blind man.

Back to 12 March. Little did I know the music of life was in about twenty-four hours going to change. The bus began dropping people off at every stop till I shouted: ‘Driver drop me at the next bus stop!’

I clutched my bag to my chest and got down. It was almost darkness but the darkness was interrupted by neon lights, exposing people and cars still using the streets.

Then boom! On the Saturday evening, exactly a week after the 63rd independence day celebration, Covid 19 landed on the runway of Ghana’s airport. Ghanaians were no longer at ease as the announcement triggered rightful panic among many in Accra, the potential epicentre of a potential outbreak in the country. We could not feel safe while an invisible killer lurks in our community.

From that very day the music of life changed and so did our dance. The lockdown in Accra, Kasoa and Kumase kicked in at 11:59pm local time on Sunday a little over two weeks after Ghana confirmed its first case and stayed in place for three weeks. President Nana Addo Dankwa Akufo Addo announced on Sunday, that government will use this containment period to identify, trace and isolate all individuals that have come into contact with confirmed cases.

Our dear brothers in Uganda have wisely said that when there is peace in the country, the chief does not carry a shield. The military was mobilized to confront what has now become both a health emergency and an economic crisis. There was no sweetness in society thereafter.

The lockdown meant financial pain for millions of informal laborers who rely heavily on their daily earnings to survive. To these people, choosing the probability of getting infected over the certainty of starvation was the wise thing to do. The toad likes water, but not when the water is boiling. And after three weeks, government defended a decision to call the lockdown off. I remember The Guardian making a headline: Easing of lockdown a relief to Ghana’s poor - despite fears it is premature.

Daily life has returned to a gradual new normal, but there is no sweetness here. We are by force of health and law required to wear nose masks like the biblical marks of the beast. We wash our hands more than we ever had. And we avoid physical contacts. The whole nation now understands we are each others keeper. Best friends have accepted to be absent from each others wedding. And relatives home and abroad have had no option than to mourn the dead of loved ones behind the screens of zoom as the clods of their tears fall on the screens of smartphones. Ghanaians, like most well meaning nations, have learned to cross the river in a crowd so the crocodile wont eat us. And as it stands now, there is no sight of the river bank.

This month is July, four months since I took the last ride home from work and over 20,000 Ghanaians have become Covid 19 statistics. 122 people have died from it. For the millions of us left on earth we are viewed with suspicion and view with suspicion.

I am certain about one thing: no matter how long the night is, the morning is sure to come, even when there is no rooster. With the virus invading the fortified bodies of top personalities of government and killing the renowned in society, it seems you and I should now look over our shoulders even more because when crocodiles eat their own eggs, what will they not do to the flesh of a frog? Formerly, they would have flown abroad for medical care. But now, they can’t expect the white man to give them a chair when they themselves are sitting on the floor. When the pandemic is over, my admonishment to all African nations is that every head must do its own thinking.

We in Ghana say that wood already touched by fire is not hard to set alight. This is why I am no longer at ease because we the public enjoy less medical privileges. Millions of Ghanaians, young and old alike live with chronic underlying health conditions but have never had the luxury of medical treatment due to money.

So, with friends getting married but friends staying away and with society now leaving the dead to bury the dead, I can think of nothing more than the titles of the two books by Ama Atta Adu and Chinua Achebe.

My name is Paa Kwesi Arko Cee and I am no longer at ease because there is no sweetness here.

The writer is the recipient of the Ghana Writers Award 2017 and a facilitator at Flagstaff House School. He is a Columnist and the author of University of Hard Knocks, Rwanda Can Never Be My Home and Escape from America.