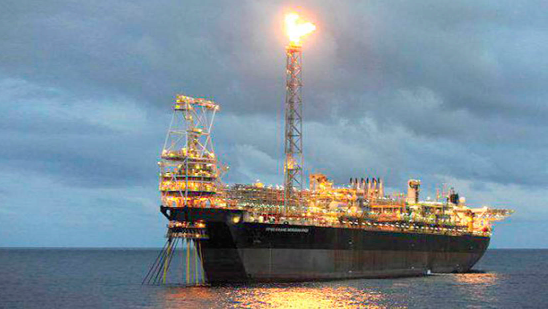 Dear reader, let me first apologise for the headline to this article that seems to suggest that sometime soon, I will turn up in downtown Houston, Texas, USA in a cowboy hat and delivering a Texan twang of an accent when I call family and friends home.

This could not be further than the truth. Fufu with smoked fish light soup, and not Tex-Mex, shall remain my portion for the foreseeable future.

You see, there is a Texas trip coming up at work, but my role in all of this is to serve in the home guard division at the Ministry – what we call the Ankobea in Akan statecraft – making sure the system is well-oiled and runs smoothly, while the other divisions are away driving investment homeward.

The OTC Perhaps, one of the biggest events on the global energy sector calendar is the Offshore Technology Conference (OTC), which will be held in Houston, Texas this year from the August 16 to 19.

According to the OTC’s website, ‘the conference was founded in 1969 by 12 engineering and scientific organisations as a response to the growing technological needs of the global ocean extraction and environmental protection industries. Interdisciplinary and cross-sector cooperation was becoming acute as both industries moved into more hostile environments and unknown operating conditions.’

The first conference was held in Houston's Albert Thomas Convention Centre. As the offshore industry continued to grow, so too did the stature and size of OTC, reaching a peak attendance in 2014 of 108,300.

OTC ranks among the largest 100 tradeshows held annually in the United States and is among the 10 largest meetings in terms of attendance.

One of the events, among several to take place during the conference, is the West Africa Oil & Gas Forum.

West Africa’s offshore deep and ultra-deep space has continued to attract oil explorers and producers in increasing their operations, especially in Southern and Western Africa, where major projects have either stated or have been unveiled, awaiting resource appraisal and development.

The growth of West Africa’s offshore exploration and production activities have been mainly driven by the efforts of governments in their region to provide key incentives and supporting policies to unlock the investment opportunity, as well as a growing number of international oil and gas companies interested in exploring alternative fields to replacing the maturing offshore producing sites in countries, such as Nigeria and Ghana.

Nigeria is the leading gas producer in West Africa and has 99 per cent of the region's total proved resources.

The West Africa Oil & Gas Forum will address some of the issues emanating from the oil and gas industry in the sub-region, with the Minister of Energy and leader of the Ghanaian delegation to deliver the keynote speech.

Ghana’s delegation includes senior officials from the Ministry and various sector agencies, as well as the oil giants, Tullow and Kosmos.

Among others, the Ghanaian delegation shall be joined by Ghana’s Ambassador to the US, Hajia Alima Mahama, and will also meet the Ghanaian community in Houston for an engagement.

Meetings with high-ranking personalities from companies in the oil and gas sector in Texas are also on the cards.

The OTC also provides for an exhibition by various countries and institutions and Ghana is not left out, with key exhibitors, including the Ministry, GNPC, Petroleum Commission and the Ghana Gas Company Ltd, among others, all with a view to attracting investments in the country in the sector.

Potential investors will clearly have a lot to smile about.

All of the country’s current production comes from the Western Basin. This presents an opportunity for investors to invest in the other three basins.

The GNPC has conducted seismic surveys over the Voltaian basin, and these will provide potential investors with adequate data to make favourable investment decisions concerning Ghana.

Plans are also underway to acquire data on the other two under explored basins to ensure data availability for similar reasons.

The Gas Processing Plant (GPP) at Atuabo has an installed capacity of 150 mmscfd. However, given the potential for increased associated gas production from the offshore fields, plans are underway to upgrade the GPP’s Capacity to 300 mmscfd as part of the Phase 2 of the WCGIDP. There is also the opportunity for private sector entities to partner Ghana Gas to construct pipelines that will transport natural gas to various demand centres across the country.

Petroleum Hub: Ghana aspires to become a hub for refined petroleum products in the West African sub-region and beyond by the year 2030.

Government will provide land and basic infrastructure such as roads, water, electricity etc. but will require private sector participation to provide the facilities within the hub.

Investments are, therefore, required in the following areas:

• Crude oil refining (three refineries to be established. Each with a capacity of 300,000 bpsd)

There are so many other opportunities to be explored in the future.

These include the Deepwater Tano Cape Three Points (DWT/CTP) development, which is expected to be Ghana’s fourth major oil and gas field and the Tema Liquefied Natural Gas (LNG) terminal (the first offshore LNG receiving terminal in sub-Saharan Africa), among others.

My troublesome nephew and office colleague, Kwasi Obeng-Fosu, will be on the delegation while I sit in Accra.

I am sure he will find time to enjoy some spare ribs at a sizzling Texan barbecue. Me? Jealous? No.

But for discharging my Ankobeahene duties at the Ministry’s Communications Unit with grace and fortitude, as I no doubt will, I expect nothing less than a pair of cowboy boots and a pecan pie from him on his return, else ‘Houston, we have a problem’. I think it is a fair deal.